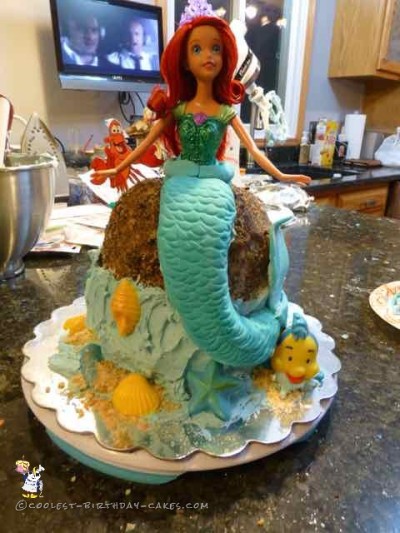 My youngest son’s girlfriend’s daughter (5) asked me to make her a Little Mermaid birthday cake for her birthday. She had seen the Elsa and Anna doll cakes I made for the first time for my granddaughter’s birthday party a couple weeks earlier and wanted an Ariel version for her birthday.  So, I told her … Read more 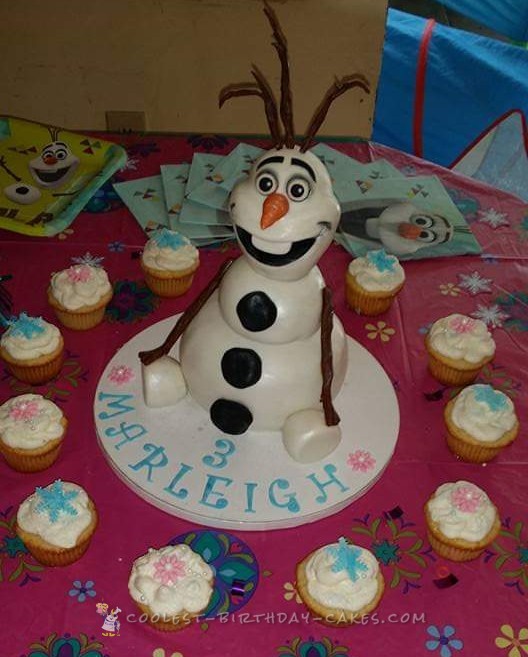 Who doesn’t love the movie Frozen? From the incredible songs and voices to the amazingly funny quirky Olaf, what’s not to love? I made this cake for the granddaughter of one of my dear friends. Her granddaughter has autism so I knew it was going to be a situation where this cake needed to be … Read more 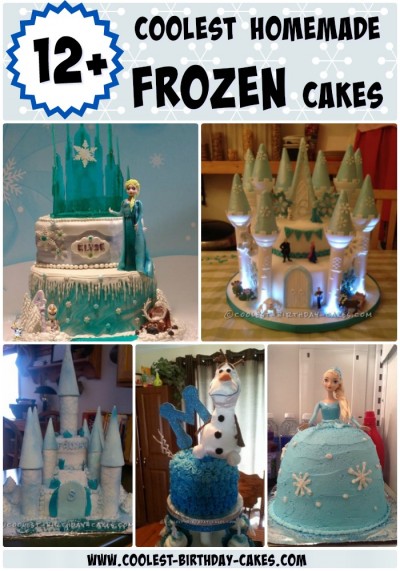 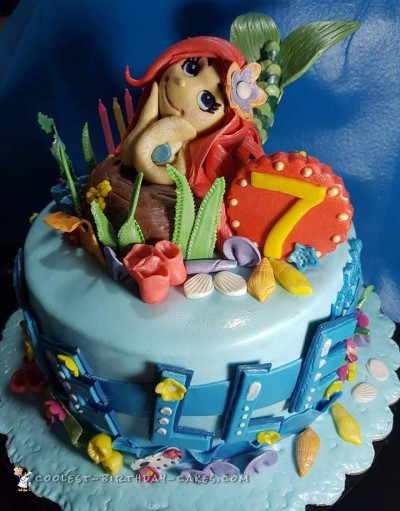 This was made with love since this cake was my first time to make with an edible cake topper made from gumpaste. Making The Little Mermaid cake topper was really hard work. It took a lot of patience to be able to make this kind of cake since I am not a professional baker. Making the … Read more 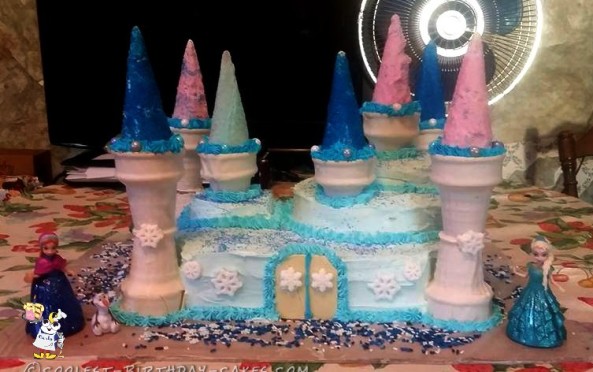 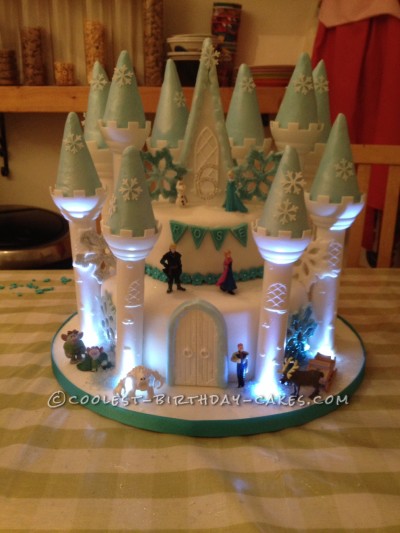 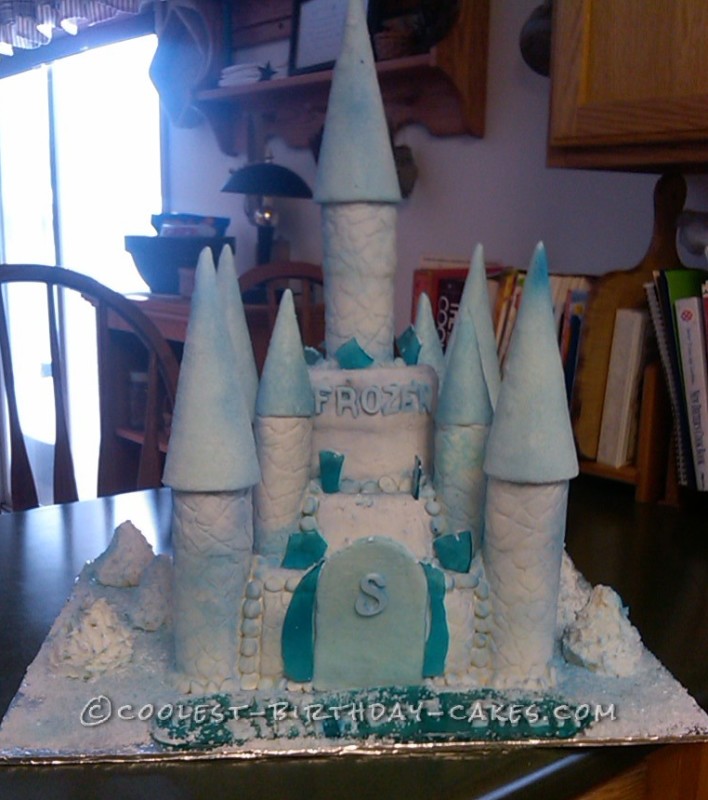 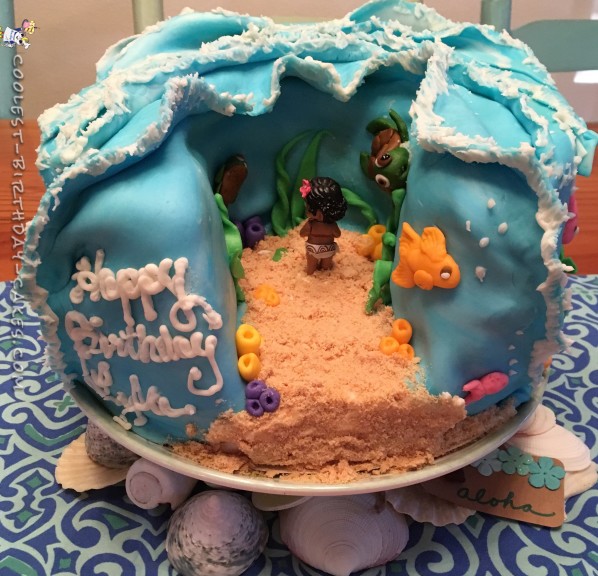 Enchant your little princess with one of these homemade Disney princess cakes. Once upon a time some aspiring princesses dreamed of birthday parties immersed in their favorite fairy tales. Their fairy godmothers swept sugary dream dust through the air and magically their wishes came to life in these beautiful princess themed birthday cakes. 1. Princess … Read more 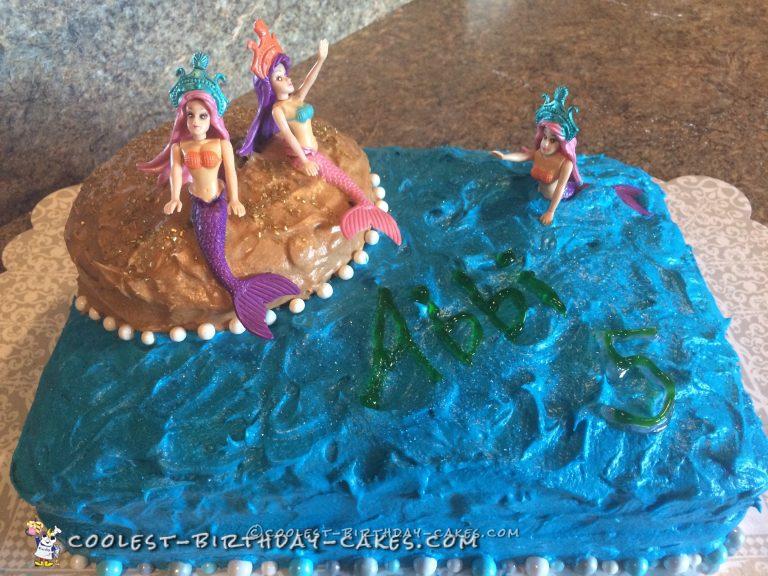 I love to bake and look forward to making my girls’s birthday cakes every year. This year Abbi requested a mermaid theme party. I should’ve taken a picture of the inside, but one layer was a blue velvet, the other pink velvet and the “rock” was funfetti. I made buttercream icing and used gel food … Read more 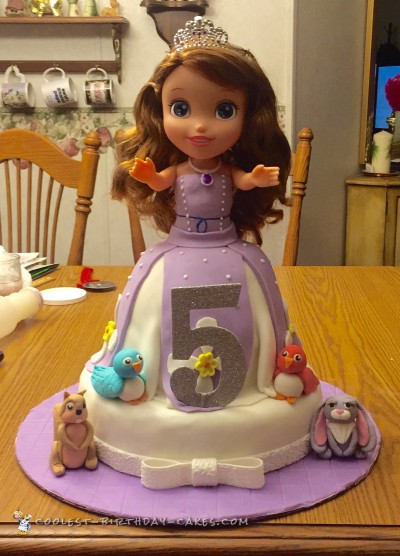 My name is Rianna. This was started as a regular Barbie cake but Walmart only had the large Sofia doll. I used a Pampred chef mixing bowl for the skirt. I am very impatient when working with fondant. I always end up in tears in the beginning because things don’t look like they will work … Read more 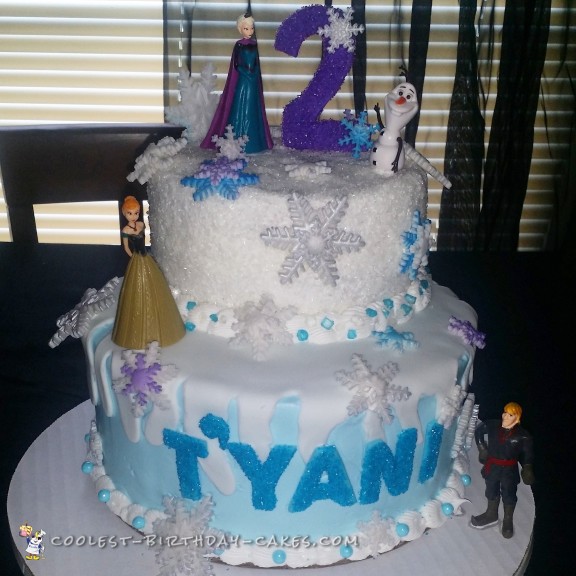 Hello Fellow Cake Decorators, I have not been doing this very long. But, I started a small at home bakery business just shy of two years ago. I started out doing cupcakes only, because I was too scared to try cakes. For a couple months now, I have been doing cakes. I love it, even … Read more 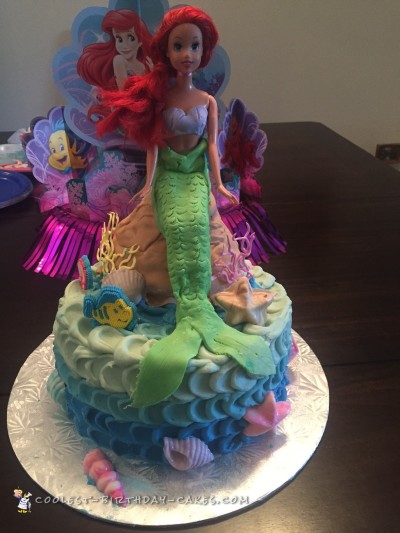 I wanted to surprise my step-daughter with an Ariel themed cake for her birthday. I essentially combined multiple ideas I had seen of pictures of Ariel cakes. I also borrowed one of her Ariel dolls for the cake. I would definitely consider myself a beginner when it comes to cake decorating, but I was so … Read more 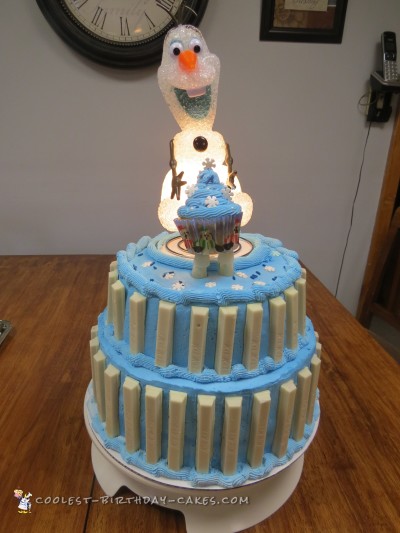 I made this cake as a donation for a child with a heart condition through Icing Smiles. I was told he loves Olaf. The cake (marble) is 2 10″ rounds and one 8″ round all frosted in blue buttercream. I lined the outside with white Kit Kats. I searched all over for a plastic Olaf … Read more 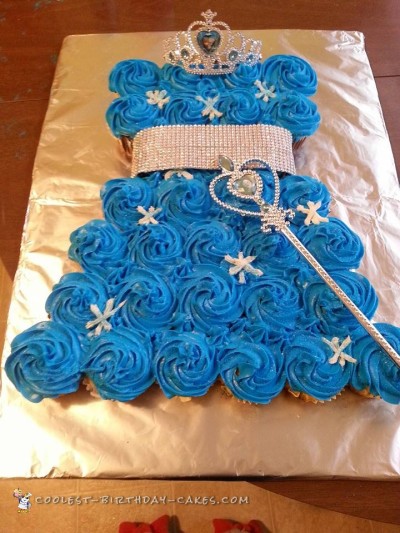 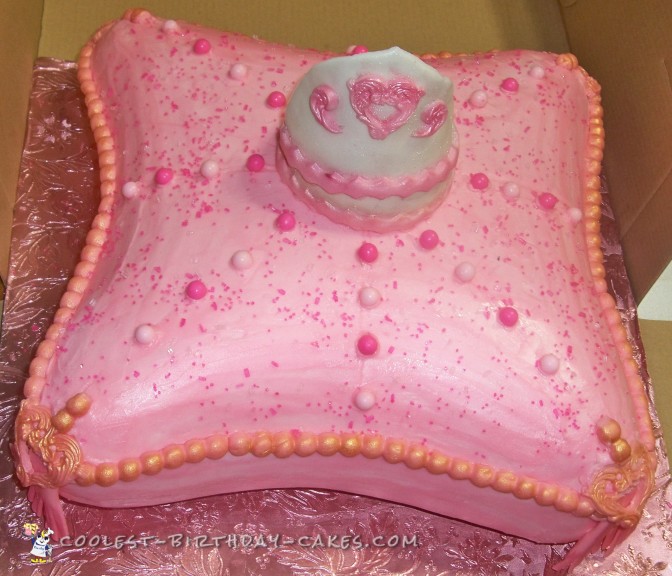 I actually purchased the pans for this pillow cake and wish I had just carved it instead. The pans are great but, you loose so much cake flattening them out to stack. It was a fun cake to do, for a little princesses birthday. It was a vanilla cake with a cream cheese filling. Frosted with … Read more 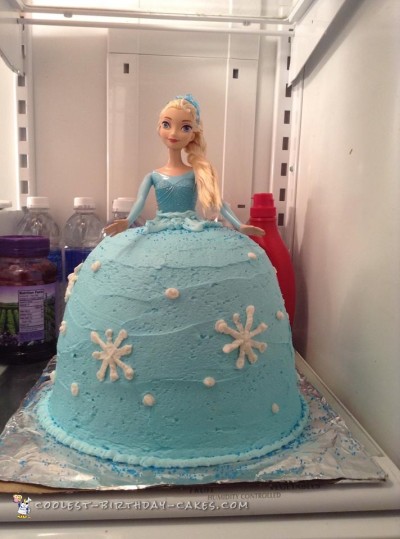 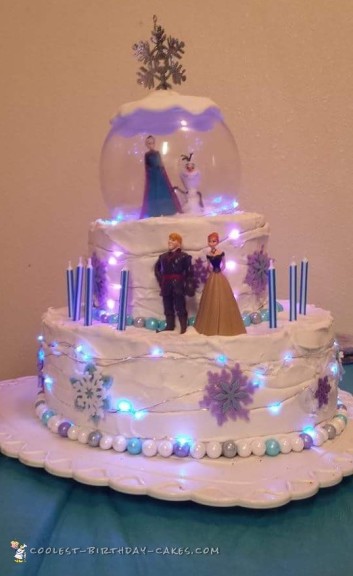 This Frozen cake was an easy one for me to make.  My niece was absolutely insistent that her cake have lights on it, so I found some on eBay and ordered them.  That had me sweating for a bit because I had forgotten to change my address. Because of the error, the lights ended up coming just a couple … Read more 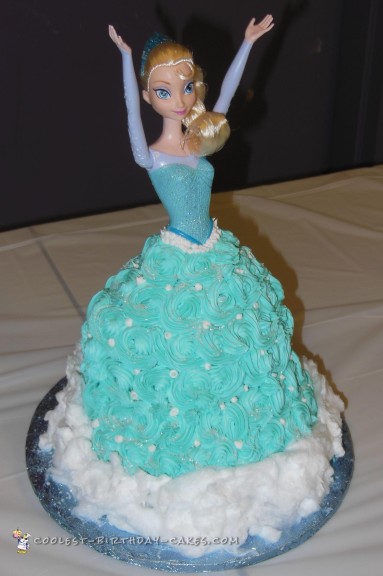 I made this Queen Elsa cake for my granddaughter. I used the Wilton doll pan and added extra batter to make the dress bigger. I then used a full sized Elsa doll to create what my 5 year old granddaughter called the BEST cake EVER! I love experimenting with the doll cakes and for this … Read more 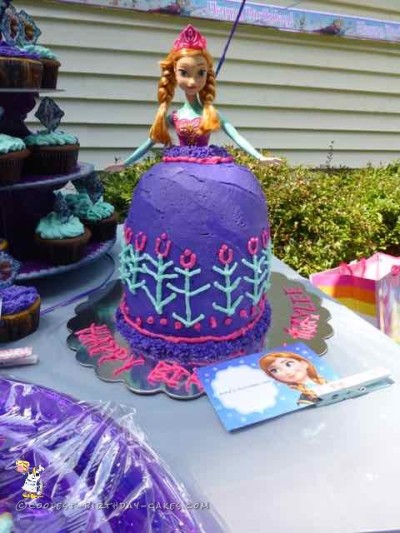 My granddaughter, like every other girl in the world, is in LOVE with Elsa and Anna of of Arendelle!  Kaylee’s 6th birthday was coming up and I had just retired.  She wanted a “Frozen” cake.  I was about to order a 1/4 sheet cake from our local grocery store, same ‘ol, same ‘ol, right!  Then … Read more 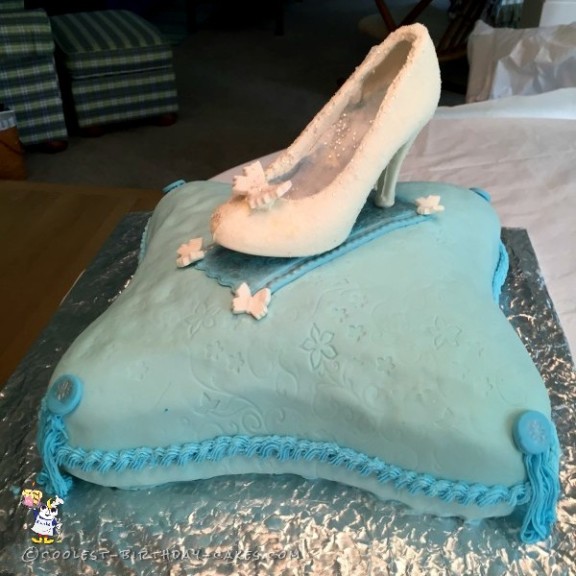 I made this glass slipper on a pillow cake for my granddaughter’s 7th birthday. Glass Slipper on a Pillow Cake Instructions The glass slipper is made of white chocolate that I molded and then added sanding sugar and star sprinkles to. The instep is fondant cut to match. The pillow cake was made in the Wilton … Read more 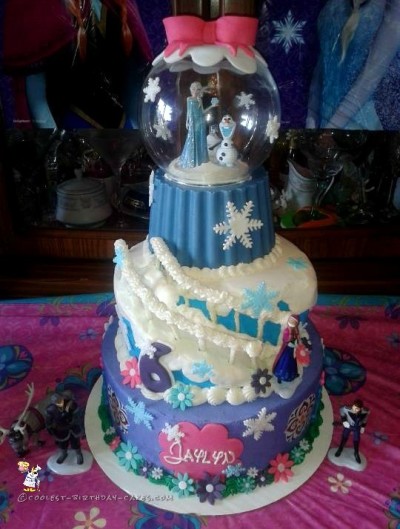 Disney Frozen birthday cakes are in high demand. You may have already found yourself at the receiving end of pleas for a cake featuring one or more of the popular characters. Who can resist the wonder of Elsa, Anna, Olaf, Sven or any of the other memorable Frozen cast? It’s no wonder children want to … Read more 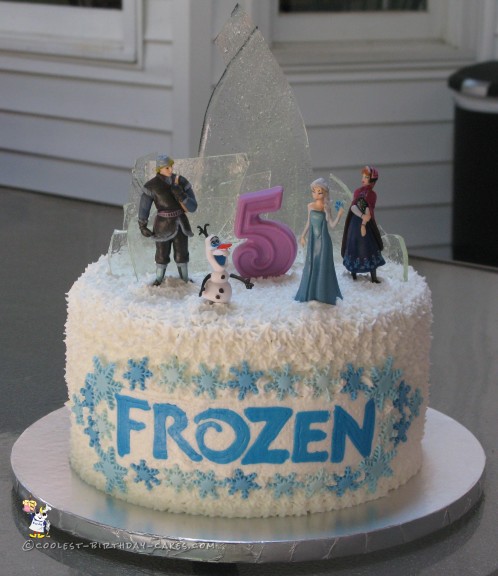 I made this Frozen birthday cake for my daughter. Frozen… the movie that literally every mom knows.  In fact, I bet every mom knows every single word to the song, “Let It Go.”  Backwards.  Maybe even in Chinese.  I’ve gone as far as getting the sheet music and downloading background music to play it on my … Read more 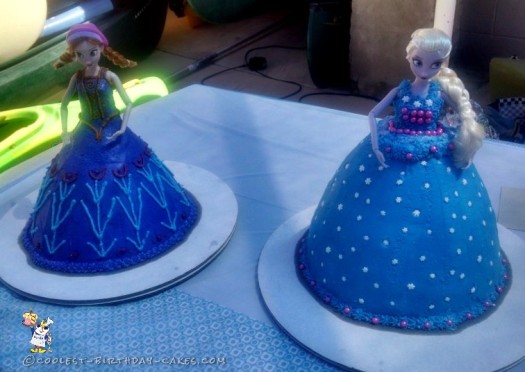 I made these Anna and Elsa doll cakes for my daughter’s 5th birthday party. I used a doll cake pan for the top layer and a 9 inch round for the bottom. Anna is a little shorter, because I didn’t realize I needed more batter in the pan. In the process of making the buttercream icing, … Read more