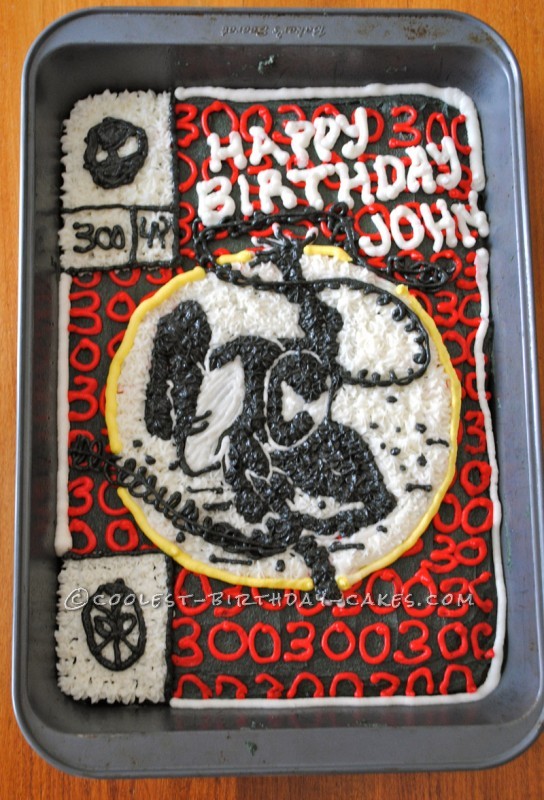 I love my husband very much and so I made him this cake replica of the cover of The Amazing Spider-man 300, which was the 25th anniversary cover, for his 25th birthday. It came out pretty close to the original cover, which definitely made it all worth it! 300 is one of his favority issues because it features Spider-man in his special black suit which turns out to be an alien life form who goes on to become Venom!

Red icing is always a challenge, but I ended up using so much food color, it eventually became the color I wanted. I traced the main picture off the original cover, cut it out, and used a toothpick to mark out the outline so that I could easily trace it again onto the cake with the icing. I took about an hour and a half and the cake beneath it is actually a brownie – so much yummier!