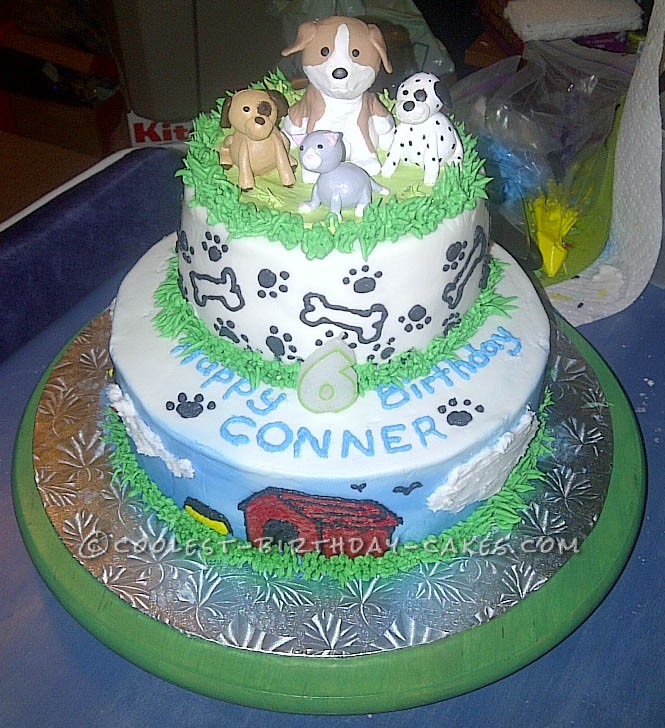 Conner’s stuffed animal friends are very important to him and we wanted to find a way that they could share in his special day, but since he has quite the crew taking them all to the bowling ally was out of the question – so we did the next best thing. The custom topper is made of sculpty so he could keep them after the party as a memento. Then the two layer white cake was constructed and plastic support tubes were inserted between the plastic bases of each layer to keep the top from sinking into the bottom layer.

The top layer is adorned with piped bones and paw prints and the lower layer had a dog house and other things associated with animals like a fire hydrant and a bouncing ball. The sky color was sprayed on with a can of spray coloring and grass was added with a piping bag. Clouds were just spread on with a spreading spatula.

When Conner saw his cake he was excited and was overwhelmed. He jumped into his Mom’s arms and exclaimed”This is the bestest birthday Ev-er!”

I’d say that we had the birthday boy’s approval. 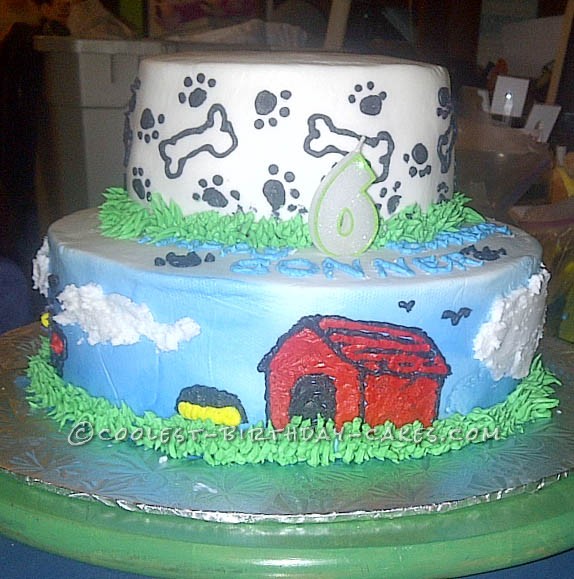