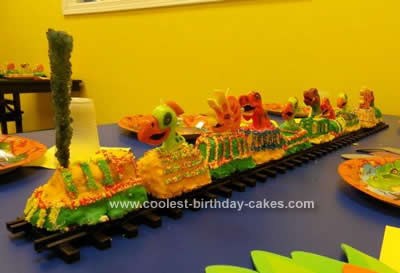 My little grandson LOVES Dinosaur Train on PBS, so I made him this Dinosaur Train Cake. My son had given me the train mold pan, then my Mom gave me another! Love it!! I found some great dinosaur head candles online, and used a rock candy stick in grayish black to represent steam from steam … Read more 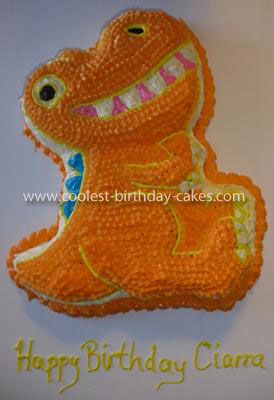 I made this Dinosaur Train cake for my cousin’s 3rd birthday. I couldn’t find anyplace that was selling the kits. My aunt bought the dinosaur pan for us to try to make one. I had to change a few things that were on the cake pan to make it look more like “BUDDY”. I followed … Read more 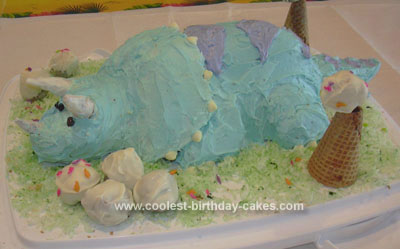 I had asked my boy about a month ago what kind of cake he wanted for his birthday and his prompt response was Tank the Triceratops from the PBS show Dinosaur Train. I will admit that, since the cake itself was such a workout, I cheated and used funfetti cake mix and canned icing. I … Read more 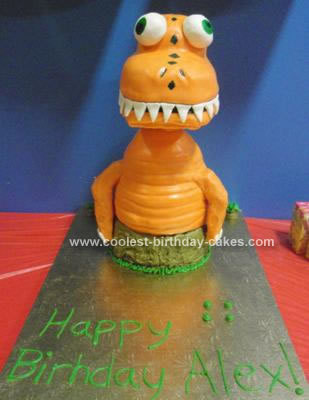 My son is really into the PBS show, Dinosaur Train, so for his 4th birthday he wanted his cake to be Buddy the T-Rex from the show. All of the cakes were made from scratch. The base was a marble, the body was chocolate, and the head was vanilla. I filled all of the layers … Read more