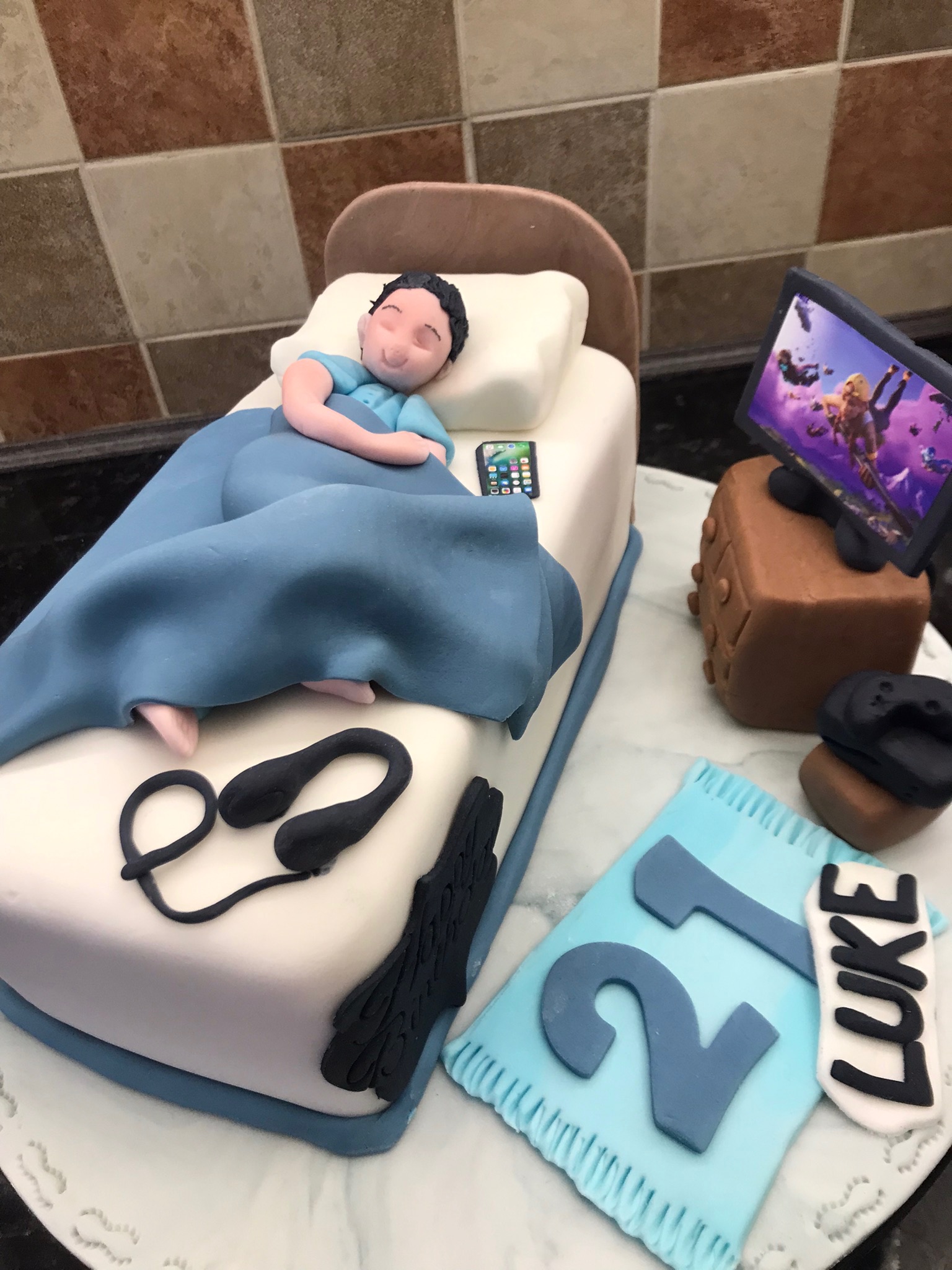 I was asked to make a 21st birthday cake for a young man. I was told he loves his bed and computers.

First, I covered the cake board in a black and white marble effect and set aside. Then, I baked the cake. I baked three oblong sponge cakes and left to cool before crumb coating and icing in white fondant. I then placed the cake onto the cake board and edged at the base of the cake with blue icing

Next I made the pillow making an indent where the head is to lie. I made a head using one of my face moulds in skin coloured modelling paste and attached it to the pillow and then I set out making the body. I made the pj’s in light blue modeling paste and attached the feet to the end of the legs. Then I rolled out a square of dark blue fondant for the blanket and draped it over the body.

I made the arms and attached them into place using a little water. When the head had hardened, I colored it black.

Out of brown modeling paste, I made the headboard and left this overnight to harden. Next I made the chest of draws making little balls for the knobs. I also made a little brown foot stool and some brown slippers.

For the TV, phone and Xbox, I used black modeling paste. For the TV I printed an image of a computer game and modeled the TV around it making a stand for the TV, too. I attached this to the chest of drawers using a wooden skewer.

Next I modeled the phone using a tiny printed image to make it look like an iPhone. I then modeled an Xbox and controller and some headphones. I attached them all into place using a little water. To finish off I made a rug in blue fondant and attached the number 21. I made a black plaque with happy birthday on it and cut out the name Luke on it.

What a great 21st birthday cake idea. They loved it!