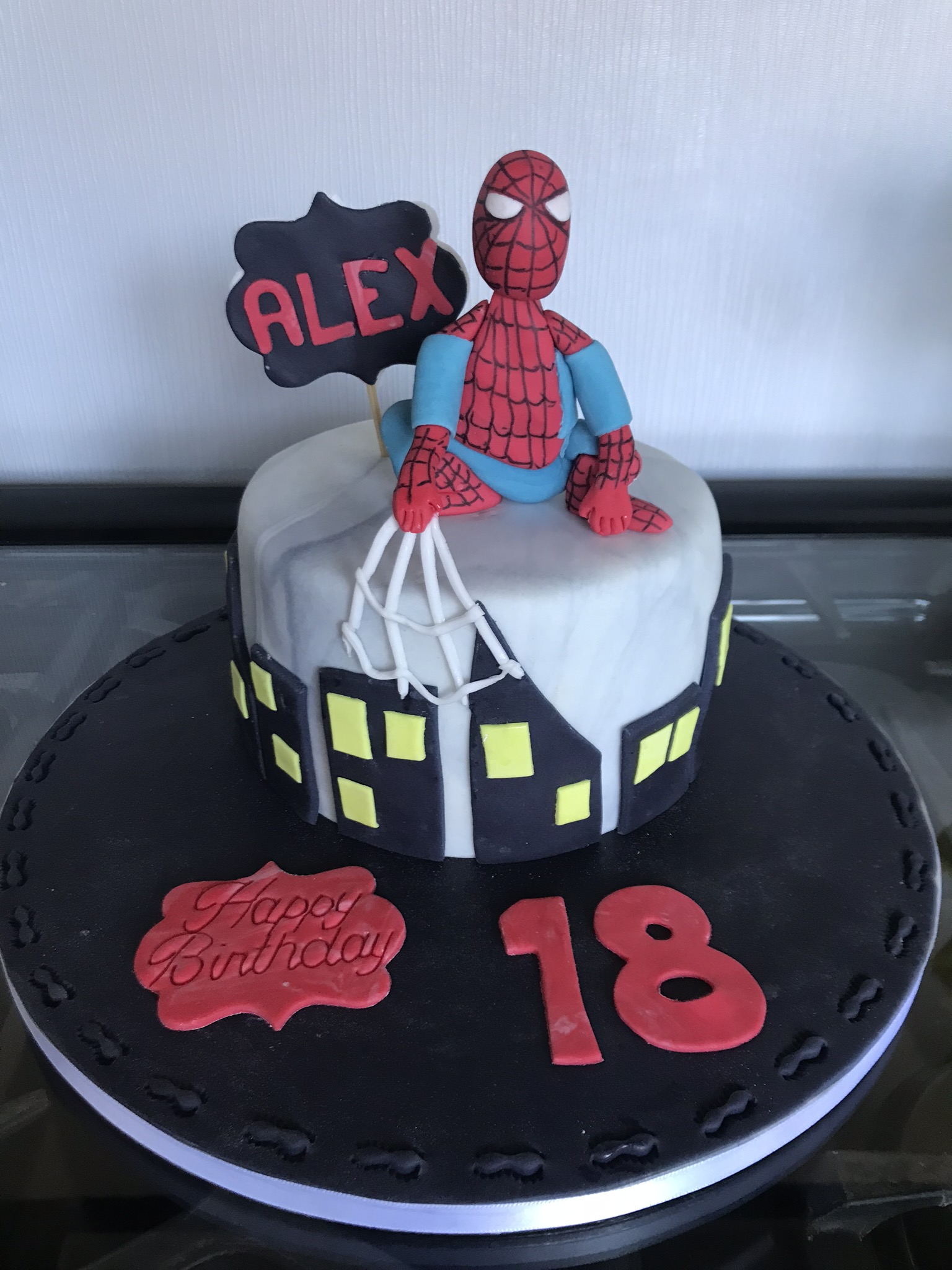 I love cake making. When I was asked to make a Spiderman theme cake, I was so excited to start. This cake was made for my friend’s grandson whom I remember playing cars with when he was a baby (how time flies), so I really wanted to do it good.

I had to make the Spiderman figure first, but in stages so he would harden (I’m no pro…). Anyway, I started colouring some modeling icing and fondant mixed together and coloured some blue and some red.

First, I made the legs and shaped them into a squatting position and then made the boots to attach to the legs. I pierced a wooden stick through the top of the one leg to hold them into position. I left these overnight to harden off

Then, I made the body arms and attached the body onto the stick. Next I shaped the head, attaching the eyes on in white fondant. I set it aside again to dry out overnight.

The next day, with an edible black pen, I drew the web on the red body, shoes and arms. Yippee, he was now nearly finished! All I had to do now was make the web coming from his hand when he’s attached to the cake.

I now made a topper in black fondant with the name Alex on it out of modeling paste.

For the cake itself, I was asked to make a 7”round vanilla sponge cake filled with jam and buttercream. First, I covered a 14” cake board in black fondant and set aside. Then, when the cake was baked, filled and crumb coated, I started with the decoration of the Spiderman theme cake.

I coloured some white fondant in a marble effect using a little black fondant. I rolled this out and covered the whole cake. Then I placed it into position on the cake board. Next I rolled out some black fondant with a little modeling paste added. I cut out all the buildings for the side of the cake. Next stage was to colour some fondant in yellow and cut out all the windows, attaching them to the buildings using a little water. Now that the windows were attached to the cake, I placed the Spiderman into place on top of the cake and cut out a plaque in red with happy birthday embossed into it. I also cut out an 18 in red and attached it to the cake board

Next, out of modeling paste, I made a small web to be attached to Spiderman’s hand. When it was dry, I attached the web and then put the name topper on the Spiderman theme cake.

All finished now and I am really pleased with the end result.

Coolest Pictures of a Spiderman Cake