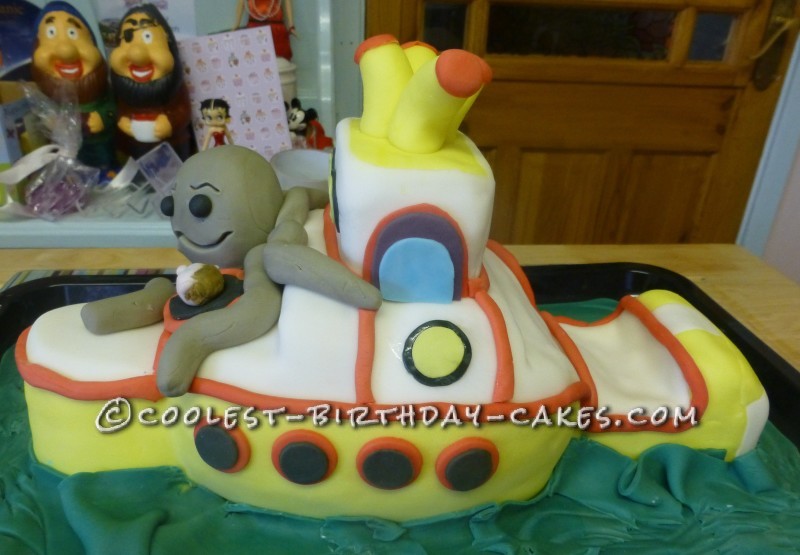 So my son Harley wanted a special cake for school to mark the last day of the year. He decided that he wanted a yellow submarine that was being attacked by a monster octopus. So naturally I went on line and found a picture of the famous Beatles yellow submarine and used this as the … Read more 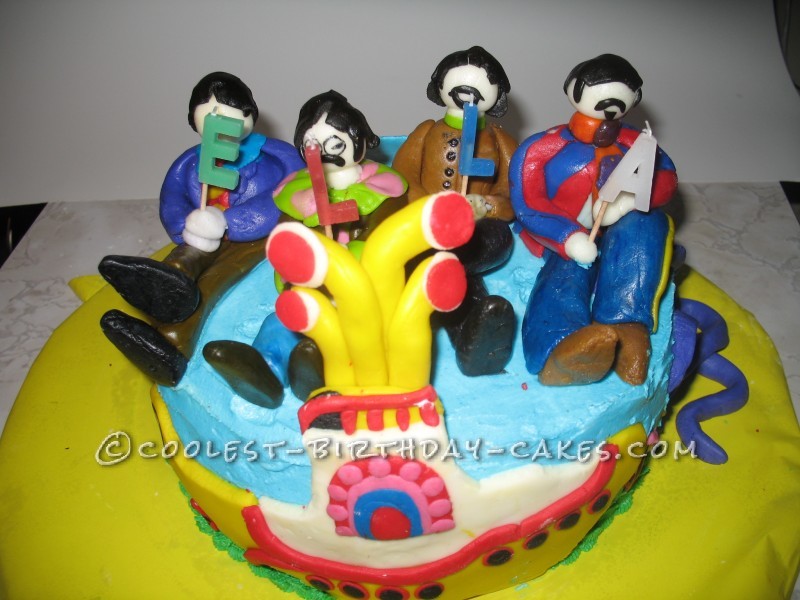 When my daughter was four she discovered the Beatles. When she started school her pre-k year she wanted a Beatles lunch box and backpack. Her room was Beatles.Other little girls played with baby dolls, but she played with homemade Beatles rag dolls. It was no surprise when she asked for a Beatles birthday cake. The … Read more 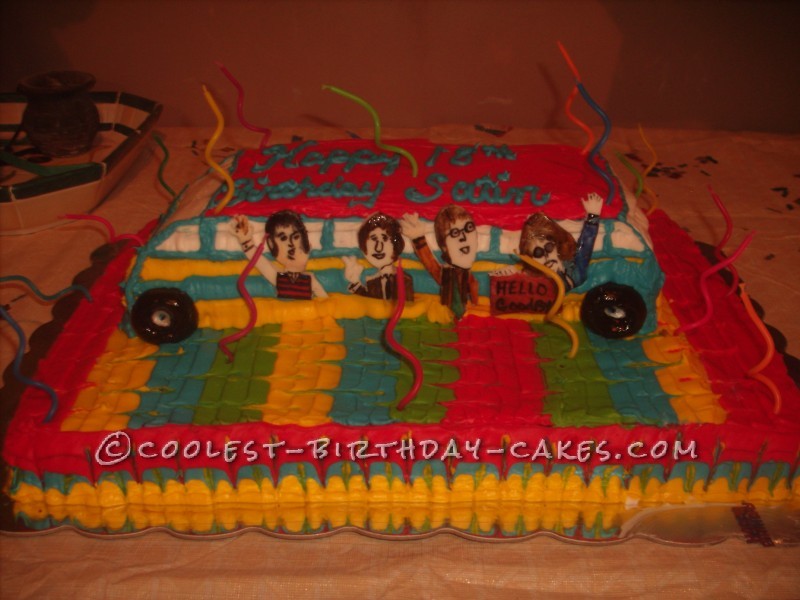 My daughter wanted a Beatles birthday cake for her birthday, so I made the Beatles from fondant. I painted on the faces by dipping a brush in to food coloring for the faces. I had to use a tooth pick dip in the food coloring because I dint have a small enough paint brush. That … Read more 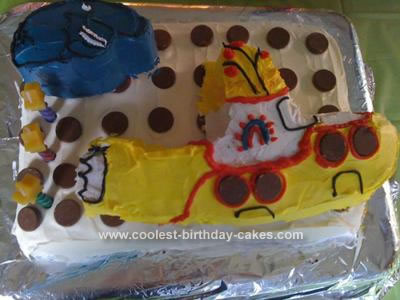 My son was really into the Beatles Yellow Submarine, so my husband and I made him this Yellow Submarine birthday cake. We started by finding an image of the submarine online and printing it out to create a template. My husband cut the cake out, then I frosted it. We just used frosting and Hershey … Read more 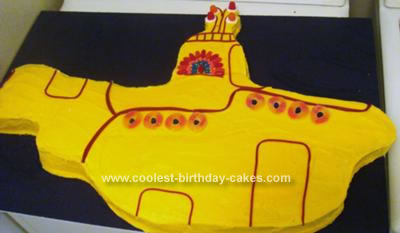 My 3 year old loves the Beatles and the yellow submarine. So I made this cake out of large cake pan bought at Michaels and used candies to decorate. It fed all 35 of us. 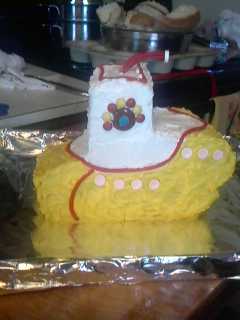 My daughter is a huge fan of The Beatles! For her 13th birthday she requested a yellow submarine cake. I made two cakes from bread loaf pans. The cakes were stacked with frosting in between, and then cut into the submarine shape. I then frosted the cake and used red Twizzlers, Smarties and M&M’s for … Read more 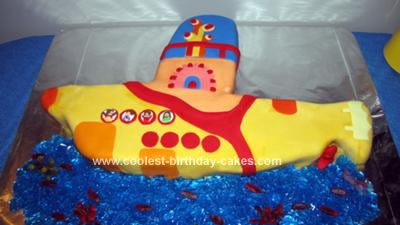 My sister made me this Yellow Submarine Cake for a Beatles Birthday Bash I had. It took her 4 days to make. First she made the Beatles in each porthole out of fondant. She dyed all the fondant herself with gel food dye. She made three pans for the cake, a front section, a middle … Read more 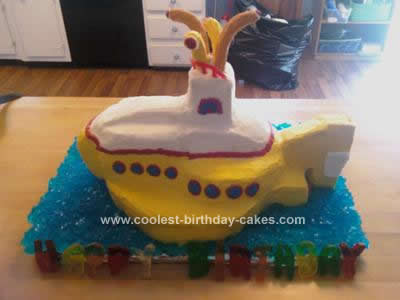 My friend and I made this Homemade 3D Yellow Submarine Cake Design for her sister’s 16th birthday. I had searched online trying to find ideas on how to make a 3d cake and wasn’t really coming up with anything impressive. So, I decided to Google “yellow submarine” to get an idea of what a 3 … Read more