I made this Veggie Tales cake for a very good friends son’s first birthday. Larry stood just a few inches shy of the birthday boys height and was both decorated with fondant and modeling chocolate. Both characters were airbrushed with Avocado green and yellow for shadowing and each were double chocolate cake with ganache frosting. 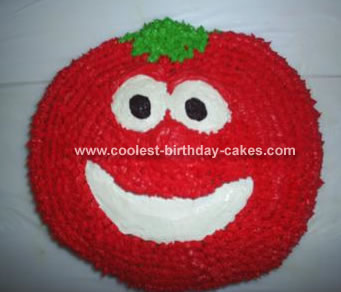 My son loves Veggietales and this Veggietales Bob cake was a great way to celebrate his second birthday, along with the Larry cupcakes. I used a pumpkin/jack-o-lantern cake pan with boxed strawberry cake mix. Using the outline of the jack-o-lantern, I used white icing on the eyes first. Then I made red and green icing … Read more 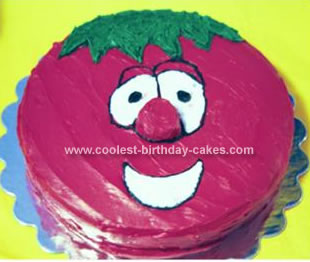 This Bob the Tomato cake was simple to make. I used a 16 inch round pan to bake Bob’s face. I also baked some cupcakes with the same batter. I cut Bob’s nose out of one of the cupcakes and used icing to secure it on. The hardest part was getting all that icing to … Read more 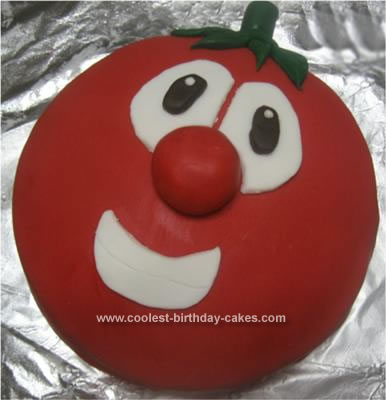 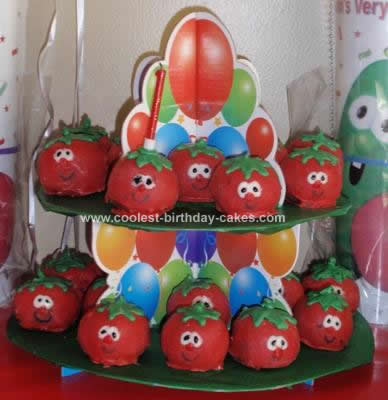 This is how I made the Bob The Tomato Balls Birthday Cake: Prepare your favorite cake in a 13 X 9 pan and allow to cool completely. Divide the cake into quarters and rub each quarter together over a large mixing bowl, creating cake crumbs. Break up any large crumbs. Mix in apx. 3/4 of … Read more 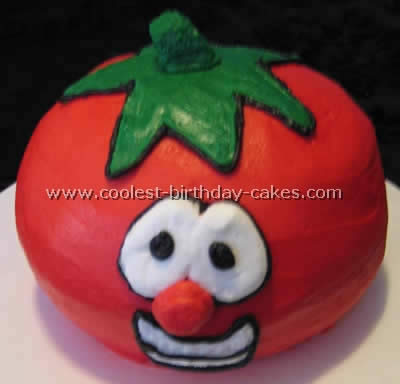 I used the sport ball pan from Wiltons, followed the directions in the box on how to make the cake used the Wilton decorators buttercream icing for the decorating. I frosted once, let crust and then frosted again both with a medium consistency. After the second crust I smoothed out with wax paper. The leaves/stem’ … Read more 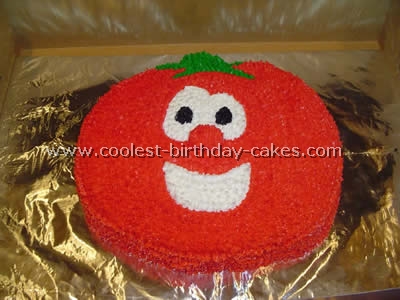 My best friends little girl was having a Veggie Tales party for her 2nd birthday. I made this Bob the Tomato cake out of the Jack o’ Lantern Halloween Cake pan. This is one of those kids birthday cake ideas that is very easy to do. I just star tipped everything. I had to draw … Read more 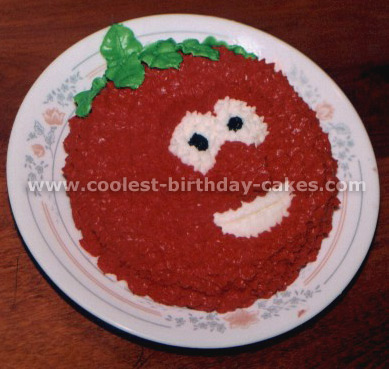 I made the little Bob the Tomato cake for the birthday boy using a Pyrex bowl to bake the cake and then inverting it onto the plate for decorating. I gave it the 3-D effect by putting an extra layer of frosting on the veggie tale eyebrows, eyes, nose and mouth. I used a leaf … Read more