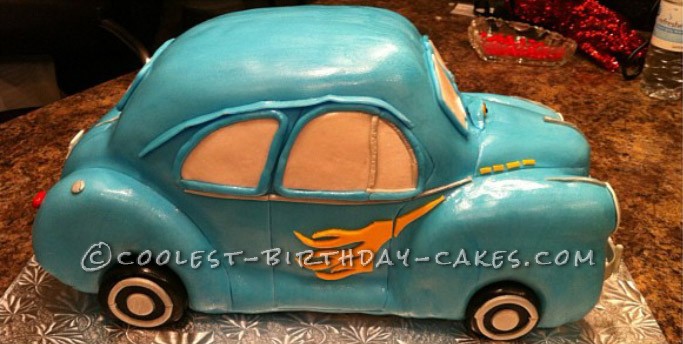 I wanted to do something special for my husband’s birthday and I know how much he loves his car. He took such pride in rebuilding it that I wanted to do something extraordinary for him. So, I decided to take the plunge and try to replicate his 41 Chevy. I may as well have been working on the real thing. It was about as much work.

As this was all a surprise I had to do everything in secret. Thank goodness he is a shift worker. I began by taking as many photos of the car as I could, every angle and every detail. I wanted it to look as exact as I could.

Then, the baking began. I made six sheet cakes just to be safe. I really had no idea how I was going to do this. It was my first 3D cake. Once baked, I layered up the cake and froze it.

After that, I began to sculpt the cake into the shape of the car. There were lots of tears and lots of swearing, but in the end I was thrilled.

Then came the fondant! Oh how I hated the fondant, With so many curves and bumps on that car I thought I would never get it. Well, after a lot of smoothing, more tears and lots more swearing, I made it happen.

All that was left was the detail, Right down to the eyes on the vent in the front, I made sure not to miss a thing. My favorite part was making the car shiny… vodka on the paint brush, then a shot for me… more on the cake and another shot for me…

I have to say I was super proud of the outcome. Everyone at the party and even my hubby did not believe that it was a cake, nevermind that I made it!!!

My husband was so happy that he did not even want to eat the cake. It was the dessert table centerpiece and we kept it that way for the duration of the party. Hubby said he will never forget the party or the cake. It was the best present he could have gotten. I told him I will never nag him again for taking time to work on the car because now I knew what kind of time and effort it takes… even if mine was harder. ;) 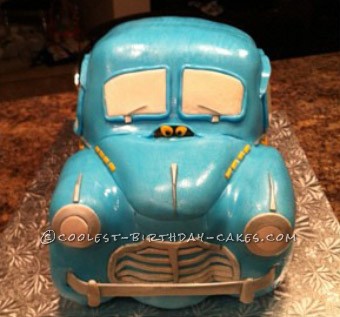 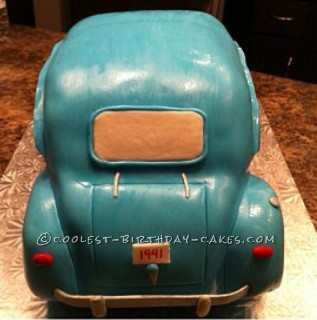