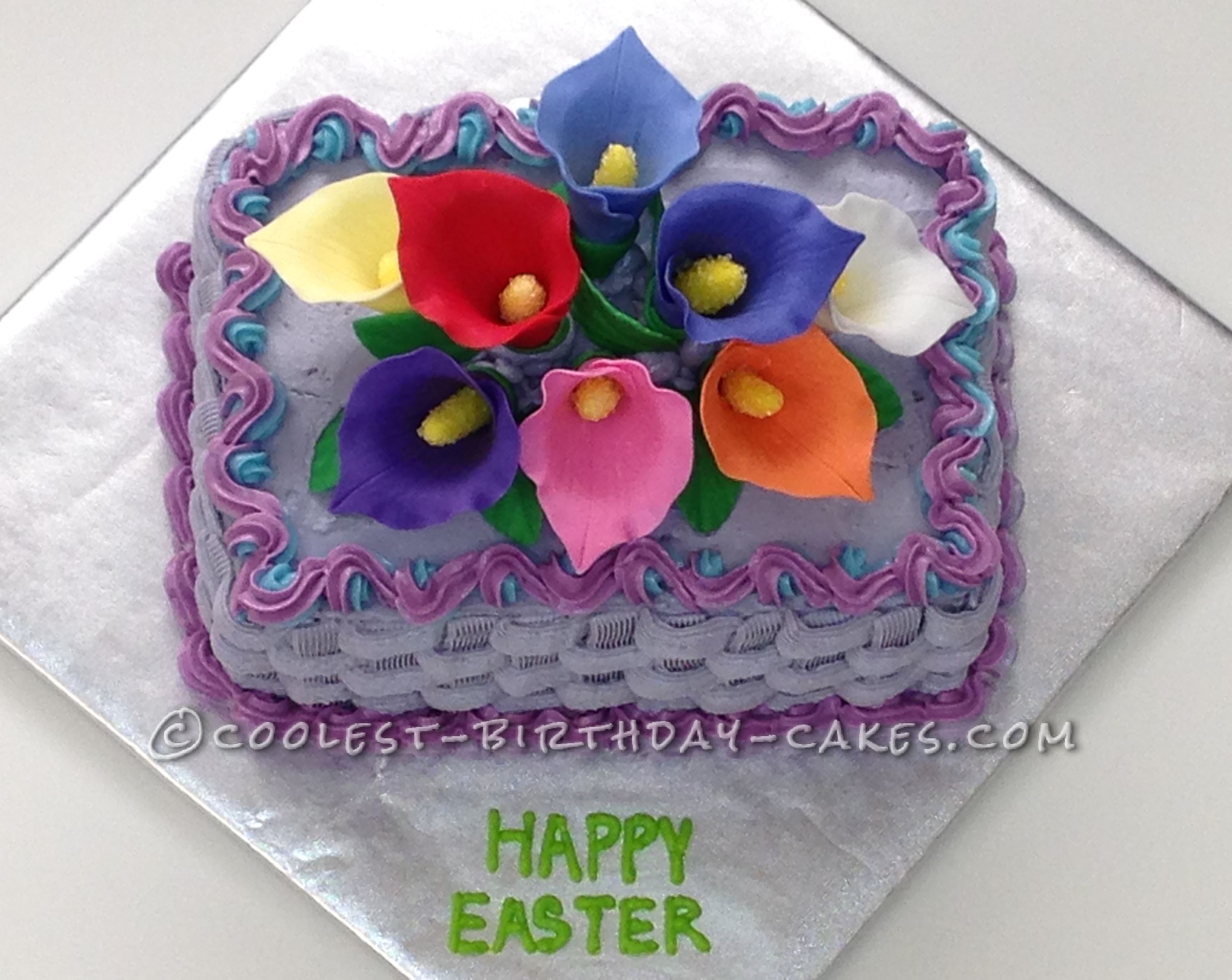 I have wanted to make gum paste calla lilies since I made only one from cake decorating class last July. Easter is here and here they are in multiple colors too! I wanted them in different colors since Easter has bright colors. I started making these about three days prior to Easter and a few were made the night before due to a rush order. They are very simple to make by rolling out the gum paste to about one-sixteenth of an inch and using a heart shape cutter cut out a heart and pressing them out on a vein impression mat to get subtle lines on the inside of the flower, and placing them on a cone to dry. The stamen is rolled and tapered at one end, rolled in yellow sugar crystals and a spaghetti stick is inserted in the center to be placed into the cake instead of using a toothpick. I don’t like the idea of using wood in the cake in case it sheds.

The cake is a strawberry cake with cream cheese filling and vanilla Swiss Meringue Butter cream frosting. The basket weave design is quite simple but is time consuming. I have only done this once in cake class and always to do another one. Actually I was traumatized after making that first one because it didn’t make it from cake class to my mother’s house. I think it’s because the cake was sitting in class for one and a half hours, even if it was in a cooler and since it was summer the truck was hot inside and the trip to my mother’s home was very bumpy so everything was against me. But this Easter cake made it to my destination unharmed.

I worked on it in an air conditioned house at 77 degrees and as soon as I was done crumb coating, it went back in the refrigerator to chill for about an hour. In the meantime I was mixing colors in the butter cream so I could have different borders for the top and the bottom of the cake. After I piped the basket weave it went back in the fridge for another hour to chill. Then I brought it back out to pipe the borders. An hour before delivering the cake I placed the flowers and leaves on the cake. Since the flowers and leaves are made out of gum paste,  if I put them on the cake too soon, they will melt into the cake. Moisture and oil are the enemies of gum paste.

After every cake I make they go into a “photo session” and take as much pictures as I can. My sister in law was a little disappointed that I didn’t text her when I was done with the cake like I usually do but I thought I’ll just surprise her when I see her at dinner. She and everyone in the family was very impressed and really checking out the calla lilies. They really enjoyed and as usual they didn’t want to cut the cake. We did eat it eventually. 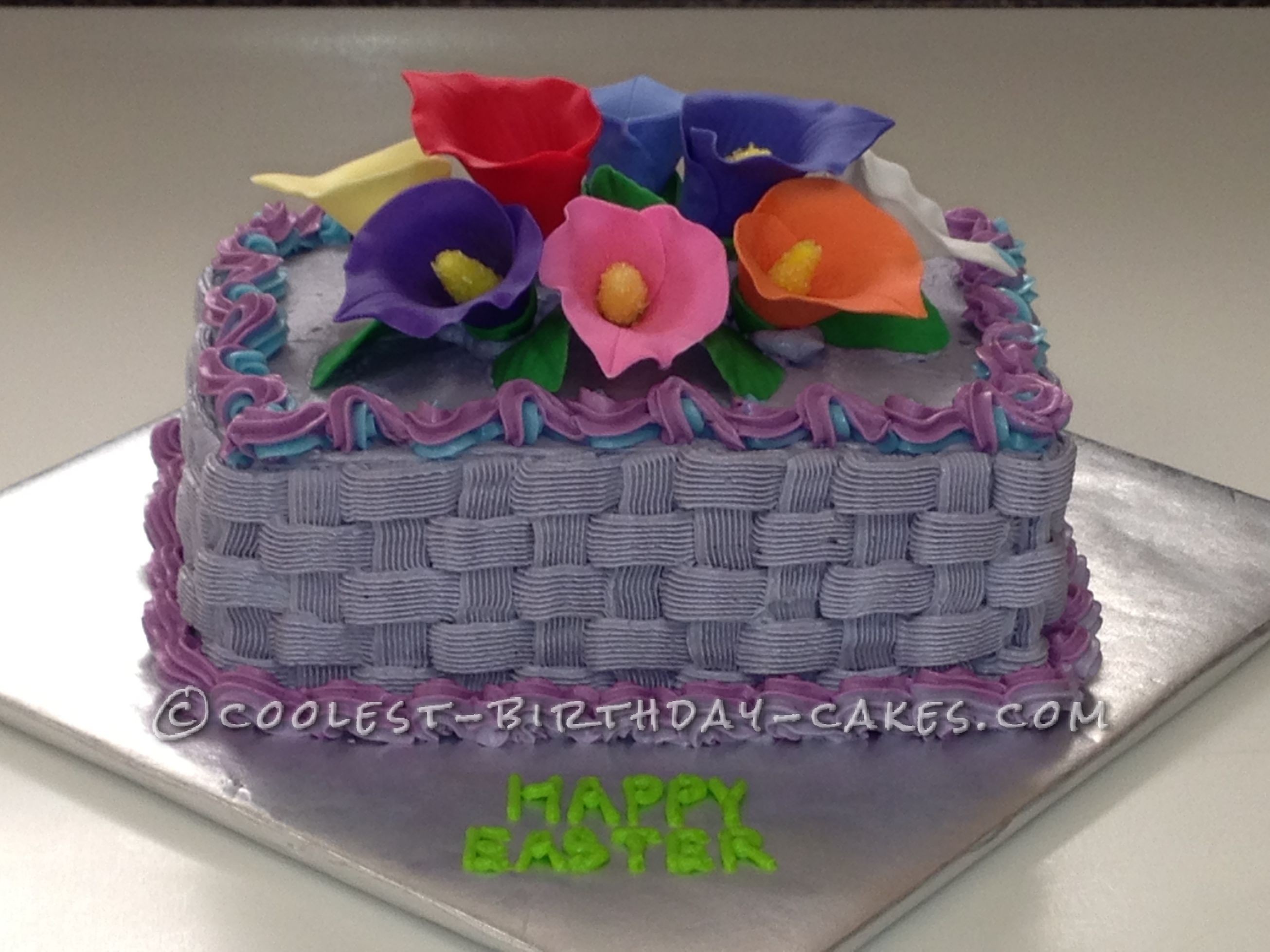