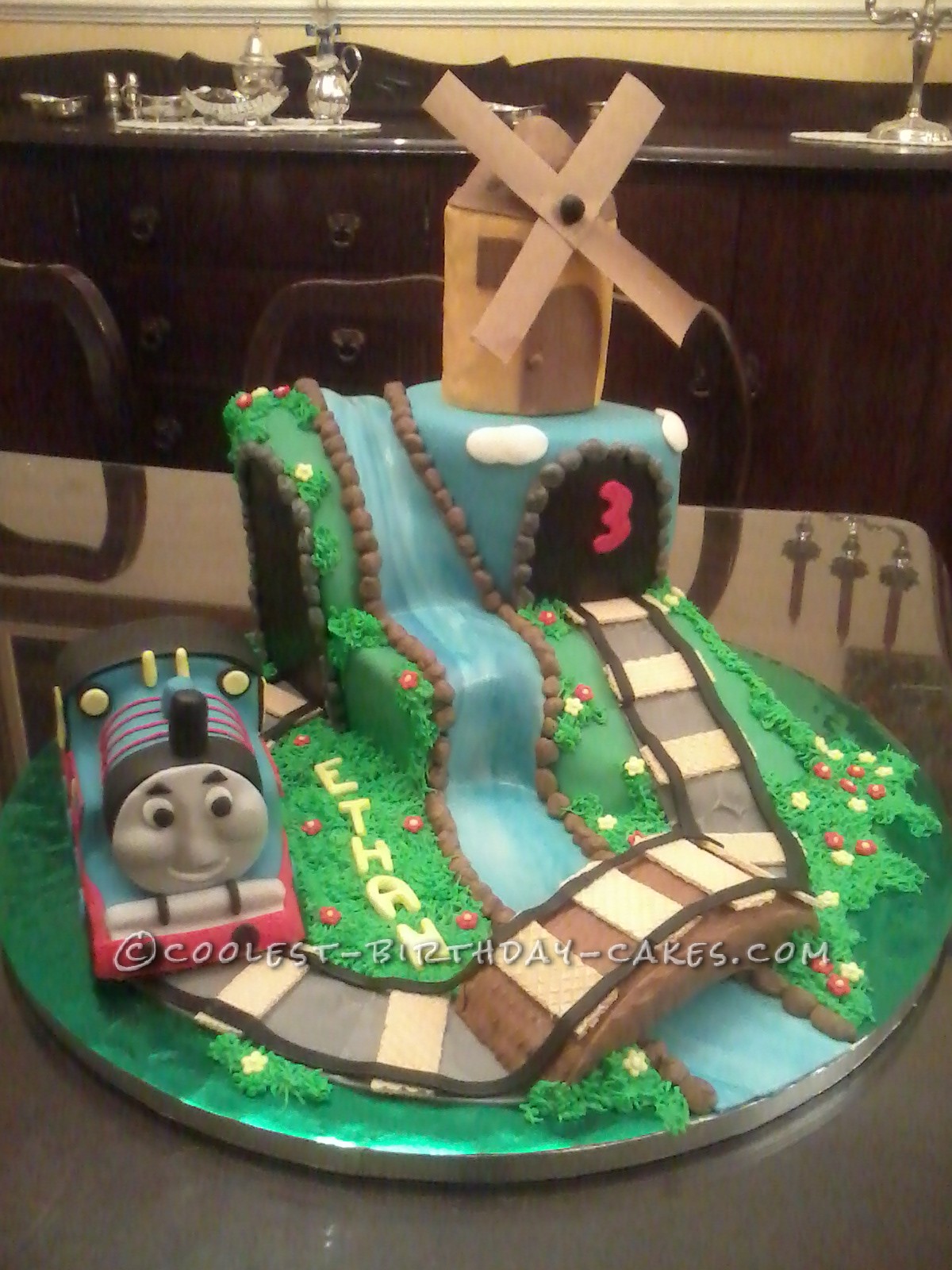 The mother of a little boy named Ethan asked me to make a cake for her son’s 3rd birthday. She just asked for 3 items which she wanted to feature on the cake, the rest was up to me. The 3 items were these:- Thomas the tank engine, a windmill and a river.

First of all I used a large 18 inch round board so that I have more space to create the scene which I had in mind. Then I baked 4 cakes in all. A square 8 inch cake, a round 9 inch cake, another round 7 inch cake and a 9 inch square cake.

I covered the 8 inch square cake in green fondant and put it on the side of the board. Then I covered the 7 inch round cake with blue fondant and positioned the cake on top of the green one but on the right side not in the center.  Then I cut a quarter of the 9 inch round cake, covered it in green fondant as well and put it near the blue one in order to create a slide. Then I marbled together some blue and white fondant, rolled it out, cut a long stripe and laid it on the across the cake to create the river. I made two tunnels for Thomas one in the lower cake and the other in the blue one and I piped some green royal icing to create the effect of grass.

With the last cake I created Thomas the tank engine and the windmill. I situated the windmill on top of the blue cake. I made a small bridge with some leftover cake and created a railway which goes from one tunnel to the other and placed Thomas the train on it. I continued to finish the cake with more grass, colored flowers, clouds, and pebble stones.

The result speaks for itself. Not just a cake but a whole scene. Ethan was really pleased with his cake.