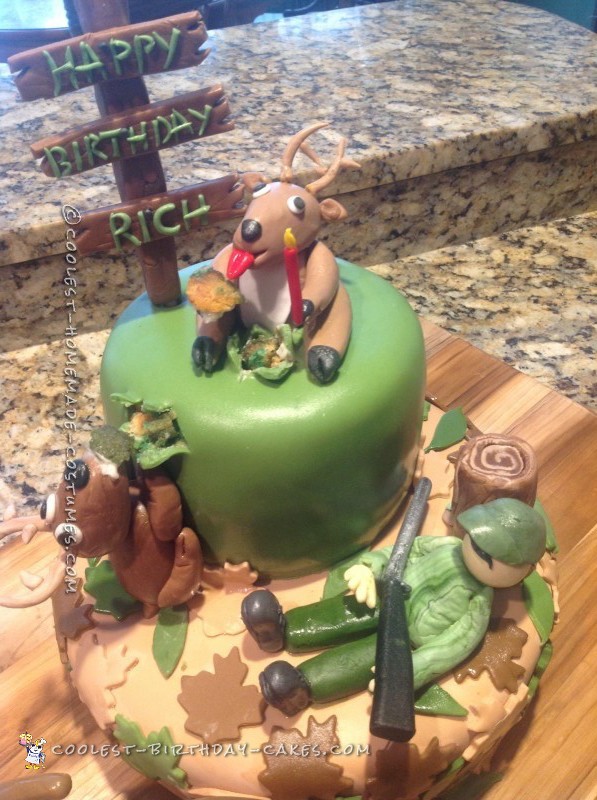 This deer hunting cake was made for my brother-in-laws 60th birthday.  They were roasting him so I thought I would get my digs in with the cake.  He is known to fall asleep as soon as he is still and I planned to capture that in this cake.

This was one of my favorite cakes to make. Making it was good clean and tasty  fun for someone at a birthday roast! 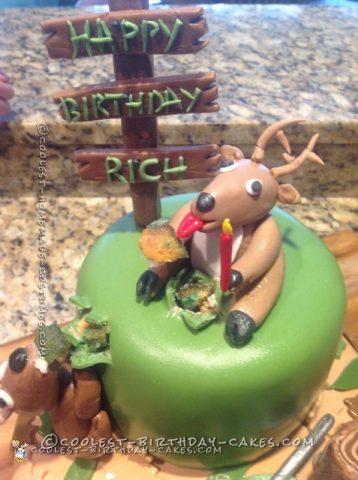 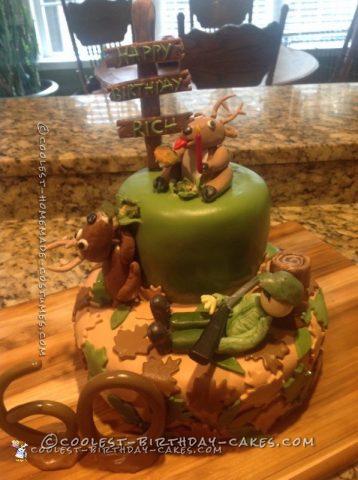 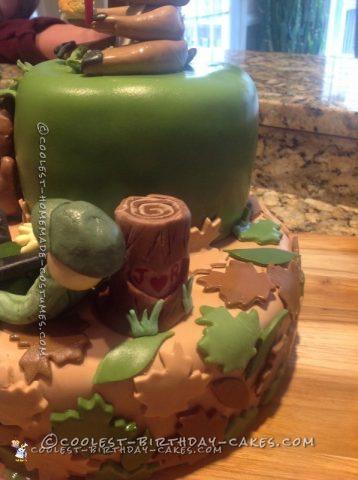