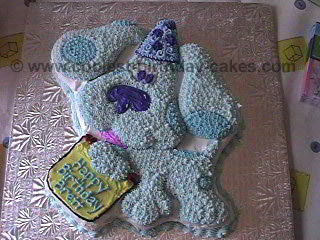 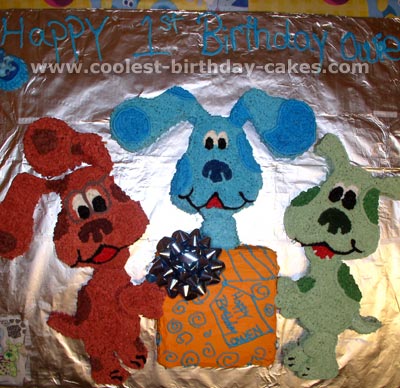 For my sons first birthday party I decided to use Blues Clues as the theme. For the cake I purchased a Blue’s Clues coloring book. I found a picture that I liked best, cut it out, and colored it to use for a guide when shaping and icing the Blues Clues cake. I used Funfetti … Read more 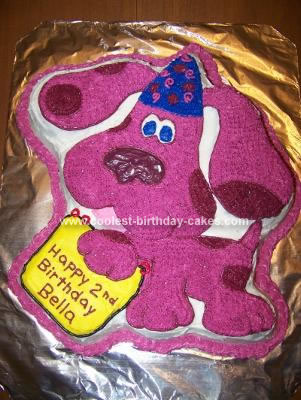 For my daughter’s 2nd birthday, she wanted a Blue’s Clues cake. Her older sister had a “Blue” cake, so she chose a “Magenta” cake instead. We used the same cake pan, the Wilton Blues Clues Cake Pan. We used the Wilton Release with a pastry brush to completely coat the inside of the pan. After … Read more 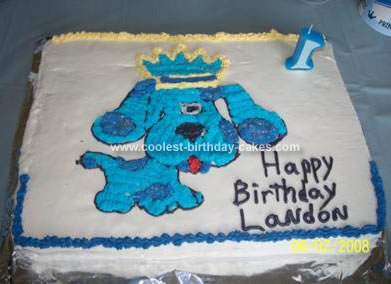 I made this Blues Clues Birthday Cake for my grandson’s first birthday. I combined 2 themes – Blue from Blues Clues and the first birthday Prince. I baked a homemade white cake and iced the entire cake with white buttercream icing. I printed coloring book pages of Blue and used the copier to resize them … Read more 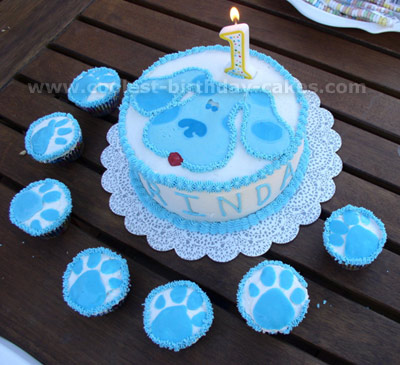 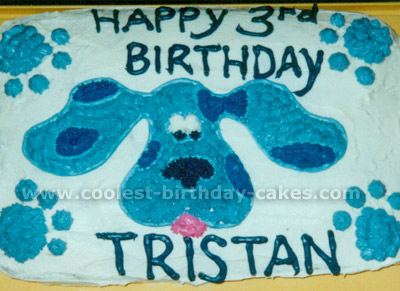 Everyone was really surprised and happy with the way this Blues Clues cake turned out! Its just a plain slab cake. I iced the cake lightly. Then I traced a Blues Clues design on the icing with a toothpick. I filled it in with the appropriate colors. Then I just used circles to make the … Read more 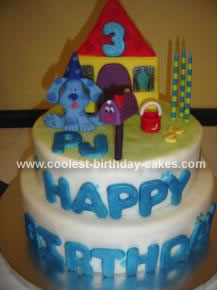 The two tiers of this Blues Clues cake are carrot cake with cream cheese filling and the house is a dairy-free, egg-free cake for my son who has allergies. The cake was covered in fondant and all of the characters and letters are made from fondant. The only inedibles of the cake are the candles. 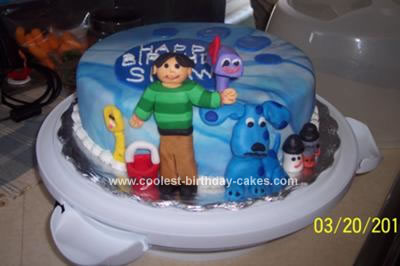 This homemade Blues Clues birthday cake was for my son’s 3rd birthday. I started with two ten-inch round white cakes (I mixed blue sprinkles in but they melted so I ended up with a blue cake!), stacked and covered with homemade marbled fondant. To marble the fondant, I just took a glob of darker royal … Read more 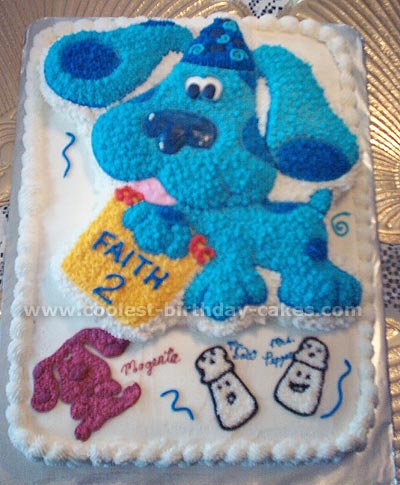 I needed to feed more people than a regular Wilton pan so we set blue on top of a top of a 11×15 slab. I added Mr. Salt, Mrs. Pepper, and Magenta on this Blues Clue Cake. 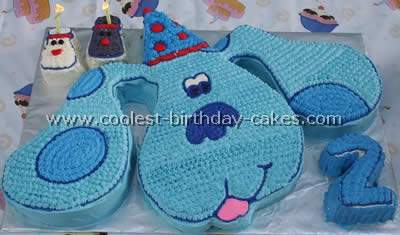 I made two round 10″ cakes. I printed a template of Blues Clues on DLTK’s but actually used it to draw a larger one. I cut out a face birthday hat, two ears, Mr. Salt and Mrs. Pepper all out of the two round cakes. I assembled it on the cake board and then iced … Read more