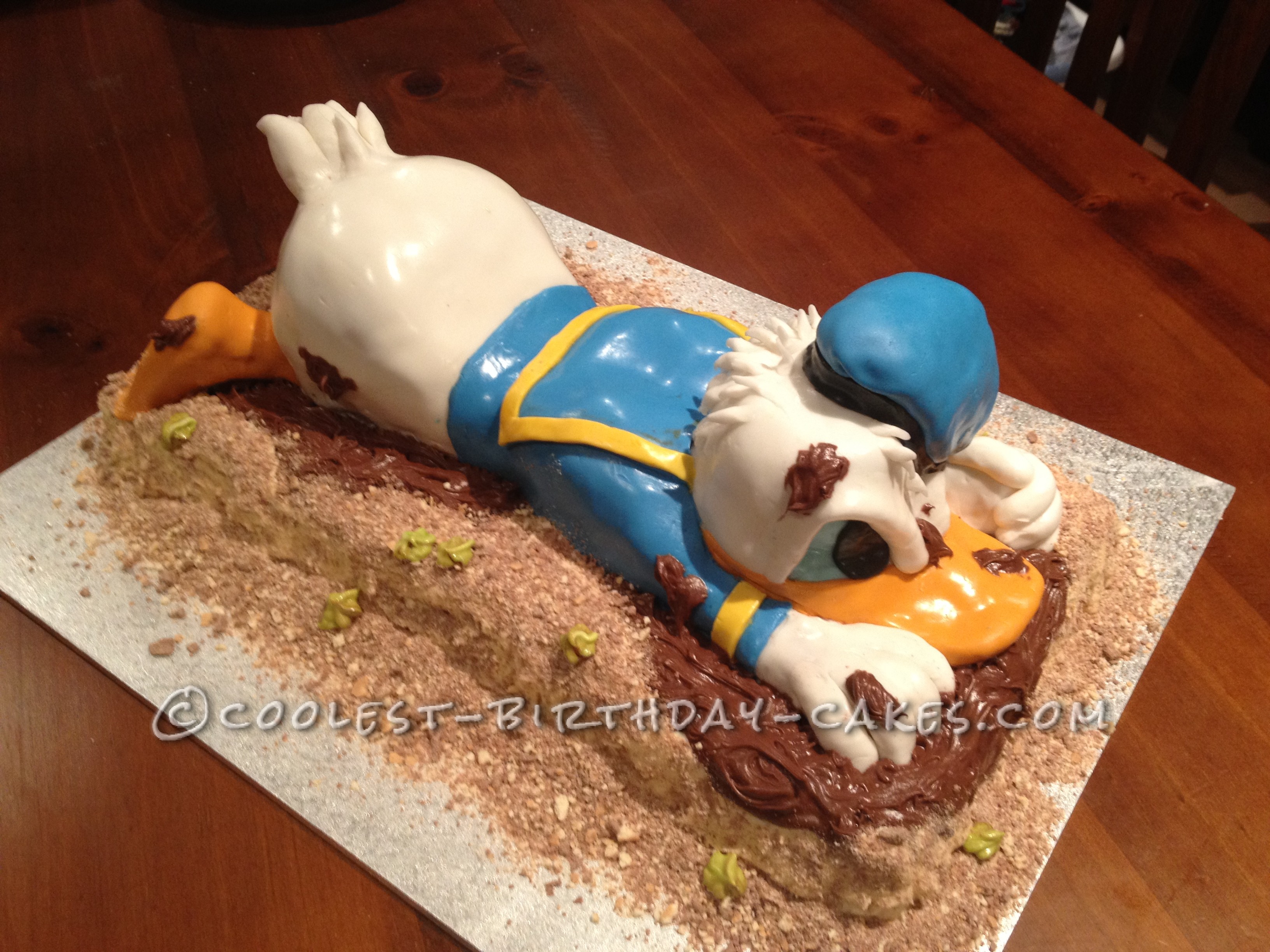 After making a Mickey Mouse cake for my son’s second birthday, he requested Donald Duck, for his third. I have uploaded pics of Mickey Mouse on this site if anyone wishes to look it up. From an engineering point of view, my biggest fear about my son requesting Donald Duck, was “How do I cantilever … Read more 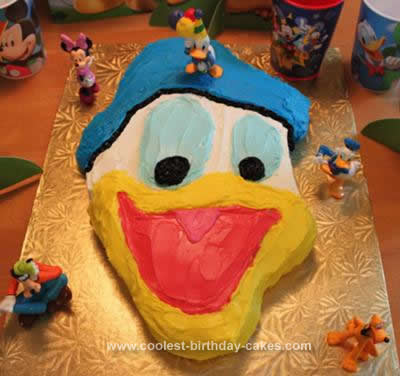 To make this Donald Duck Birthday Cake I bought a Donald Duck pan on Ebay. It was made in the 1970’s by Wilson. There were a few people selling this pan on Ebay for various prices. I managed to find it for $12. I also bought the Donald Duck birthday candle online. I greased the … Read more 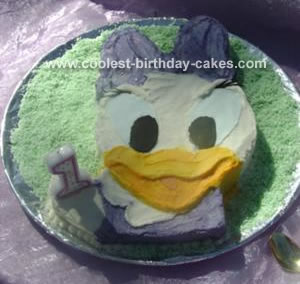 This Daisy Duck cake was a bit of a struggle. I took a square white sponge cake. Enlarged the picture (from the internet) cut it out and used the out-lines to form the character. I used a plain icing and colouring. I first did the face and then the darker parts. I made the eyes … Read more