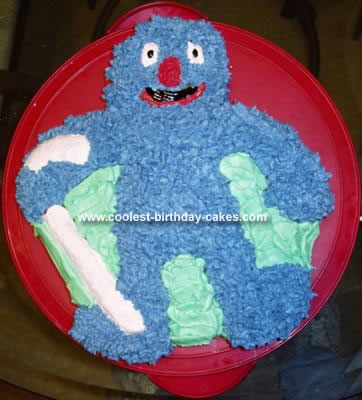 My one-year old loves Plaza Sesamo. We don’t speak Spanish so I let him watch that hoping he’ll pick up some. His favorite is Archibaldo (Grover – don’t ask me why they changed his name.) He gets the biggest smile whenever he is on the screen and quite often laughs at him. So I looked … Read more 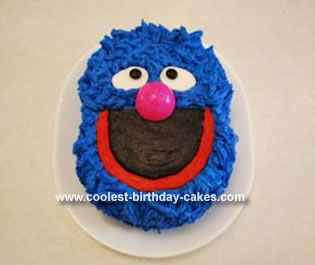 This Homemade Grover Birthday Cake is for my 33 year old daughter that absolutely loves Grover! I bought two Halloween aluminum pumpkin cake pans (they had kind of an oblong shape). Once baked, I cut an indent on one side of the baked cake so both sides matched; I used half of a pink plastic … Read more 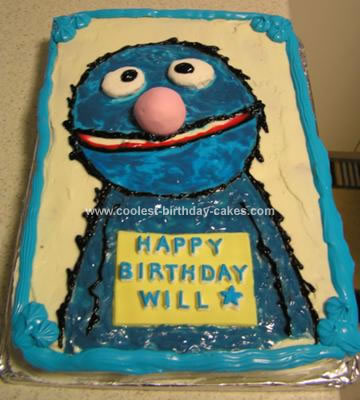 My son’s favourite toy is Grover (from Sesame Street), so for his second birthday, I made him a Grover Cake. I simply baked a rectangular slab and iced it with vanilla icing, then based my Grover drawing on a picture I found on the Internet. I used blue, black and red tubes of cake decorating … Read more 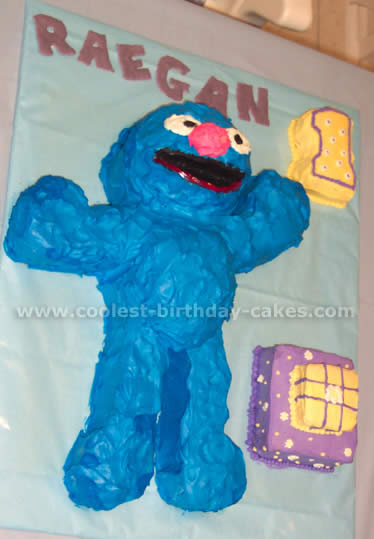 This cake was traced from a stuffed animal Grover for the outline. The icing is Wilton’s whipping cream. The face and tummy were both cut and rounded to give the three-dimensional shape.