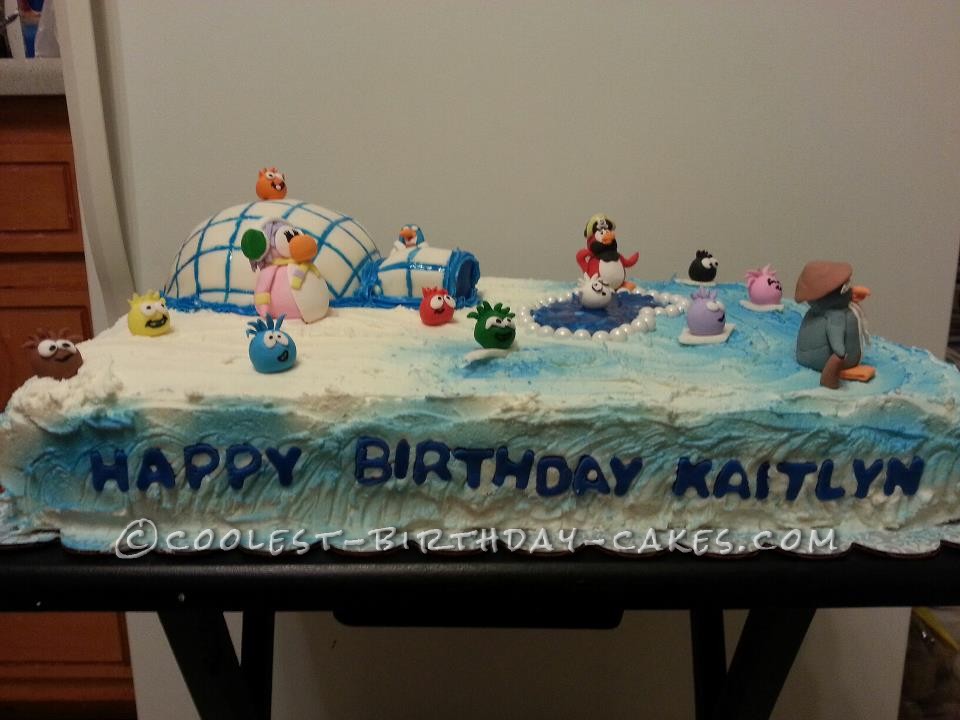 This Club Penguin cake was designed for a nine year old little girl who adores Club Penguin. This was a last minute cake. The characters on this cake are all edible. They are made by my partner (daughter). She makes all of my characters and flowers etc. for my cakes. The mother texted me after the birthday … Read more 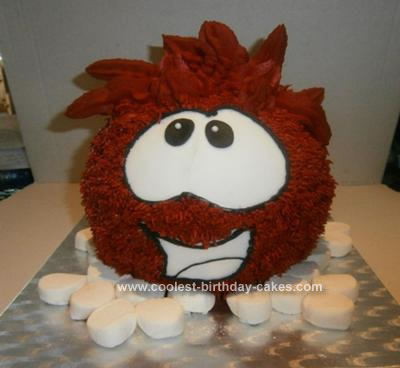 I didn’t know what a puffle was until my friend asked if I could make one for her 6 year old son’s party. So after some research I decided on using a ball pan and a mix of butter cream icing and some royal icing for the stiff hair on top and fondant for the … Read more 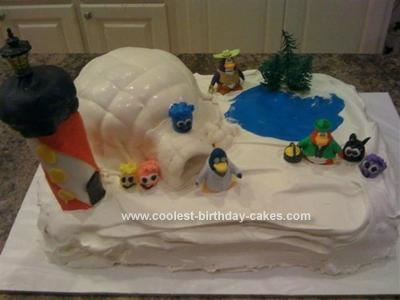 I made this ice cream Club Penguin Cake for my son’s 10th birthday. It is made with 2 layers of ice cream sandwiches with his favorite flavor of ice cream and sliced candy bars between the layers and frosted with Cool Whip. For the igloo, I froze ice cream in a bowl. When it was … Read more 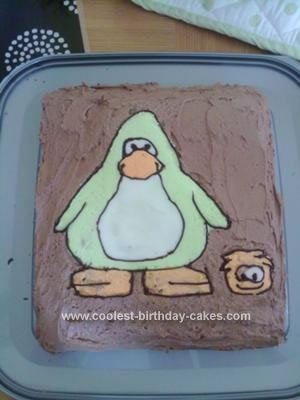 I was asked to make a homemade Club Penguin cake for a boy’s birthday party that was Club Penguin themed. Club Penguin is an online game where penguins can chat to other penguins, etc. The birthday boy’s penguin in the game is green, so I made a frozen buttercream transfer of a green penguin. The … Read more 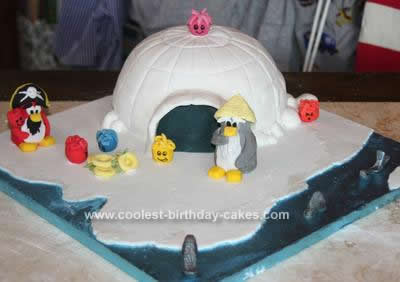 My son was determined to have this Club Penguin Cake but no where could I find a tin. In the end I bought a pudding dish from a charity shop, it worked and only cost 50p! I found that the penguins were inclined to get shorter and fatter if the icing was over worked so … Read more 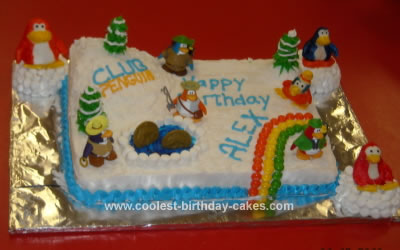 I made this Club Penguin Cake for my nephew, Alex, who loves to play on Club Penguin. I made a 13 X 9 yellow cake (Betty Crocker) and used Wilton white icing to save time. I leveled the cake and used corners of the top to make the hill on the left upper corner. One … Read more 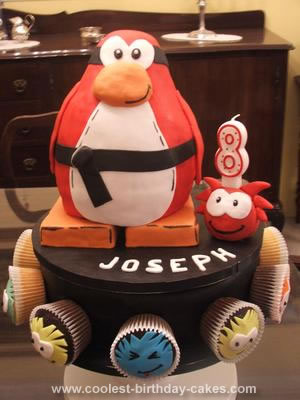 First of all I did the cupcakes with the characters made out of fondant for this Club Penguin cake. For the base I baked a 10inch round cake which I then covered in black fondant. I put the cake on a 12inch round cake board covered with black paper and I inserted 4 dowels in … Read more 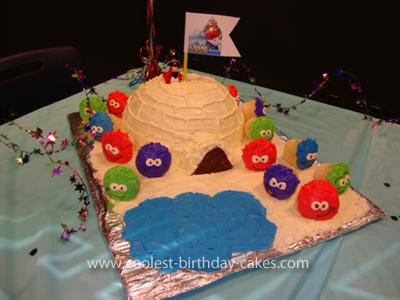 I made this for my Homemade Club Penguin Cake for my “crazy” daughter’s 9th Birthday party. She loved it! I made the snowy scene with layers of icing in different colors. The “puffles” are sideways turned frosted cupcakes. Their eyes are small marshmallows cut almost in half with dots of frosting. Each “puffle” has a … Read more 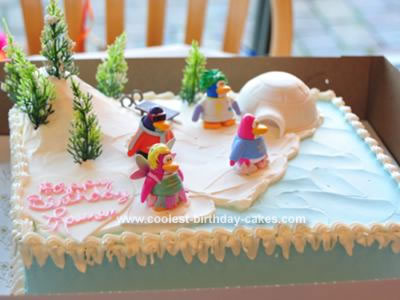 This homemade Penguin Club birthday cake was made for Lauren’s 8th birthday. She wanted a winter scene for her penguins. It includes an edible igloo, trees, and 4 penguin figures purchased at the toy store.