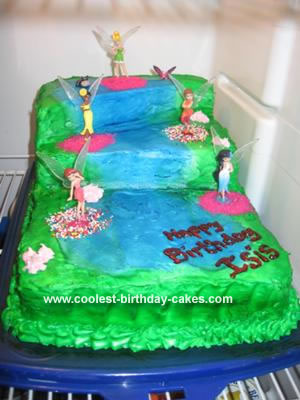 This Fairy Cake is made of two 13×9 cakes. First place one of the cakes then cut the second in half. Place it on top of the first cake. Take the other half of the second cake and cut off a corner to place the third level. I always put a little icing in between … Read more 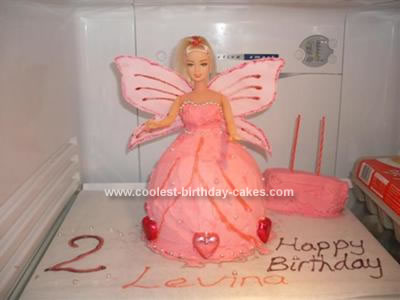 This Princess Fairy Cake I found to be quite easy to make and sculpt and it’s only my second designed cake that I have ever done as I’m sick of paying companies big money to make my kids cakes. I used two sized cakes to make. This one was a round cake tin which I … Read more 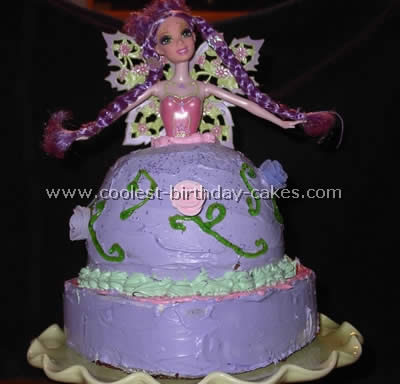 I copied this cake from the fairy cakes on this website but the bowl I had to make the skirt with was not quite deep enough so I made a heart shaped base to put it on. I made it ahead of time and put it in the freezer. I find it is actually easier … Read more 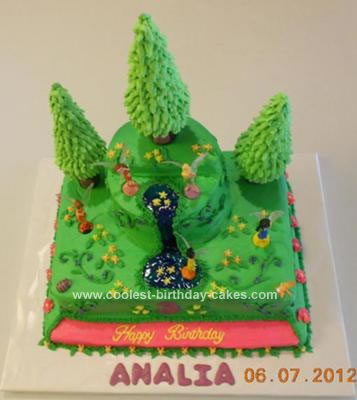 The bottom layer of the Fairy Birthday Cake is a homemade fresh strawberry cake, next layer is funfetti, next layer was chocolate. Top round layers are marble and strawberry. Chocolate fudge butter cream filling and covered with butter cream frosting. The trees were made by putting together an ice cream cone and a sugar cone … Read more 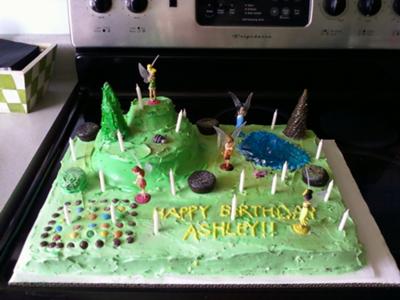 I have been baking cakes on and off for a few years. My extended family heard that I could bake really well. My brother-In-Laws girlfriend was having a birthday party and I offered to make her a cake for her birthday. She said I really didn’t have to that she was going to buy one. … Read more 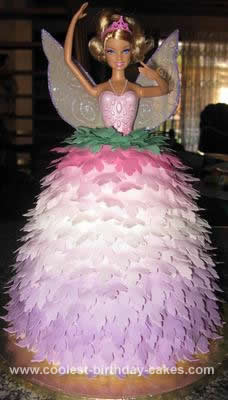 I am actually not that into baking as I work full day and don’t have that much time but one of my mom’s oldest friend’s asked me to do this fairy cake for her granddaughter. She sent me a picture of an idea of how she wanted the cake (very different to the one she … Read more 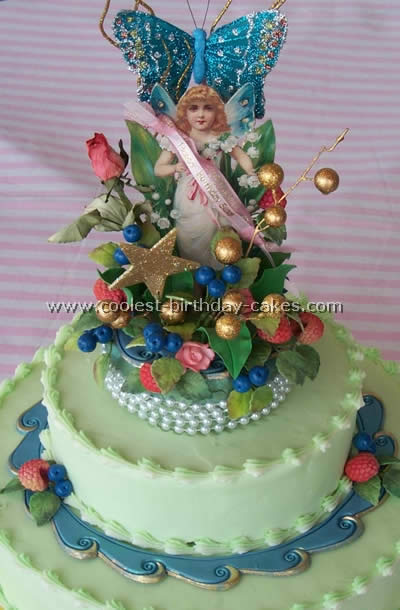 The cake is composed of two stacked layers. A cake topper was made with a paper fairy as the focal point. A pre-made butterfly was added for drama. Surrounding the fairy cakes are berries and buds made from gum paste and gold berries from the craft store. They are all anchored in a fondant and … Read more