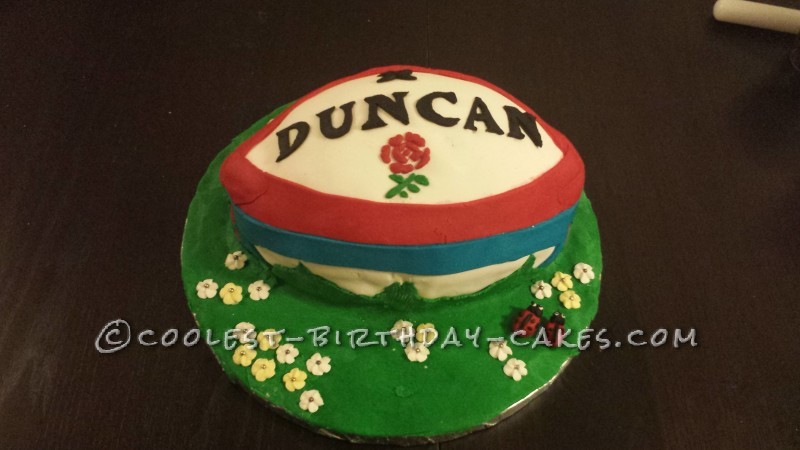 This was from a while back. My husband is a massive rugby fan and since I have started baking fun cakes for my 2 boys for their birthdays, he didn’t want to miss out! So I decided to make him a rugby ball cake. We have quite a few rugby balls at home so I … Read more 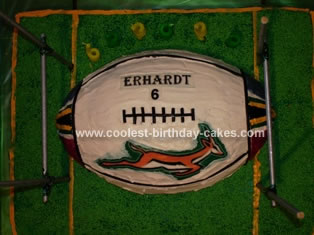 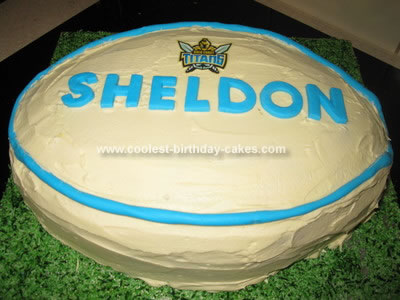 This is my first attempt at a “real” cake. My husband helped me to get the shape right and then I ganached the cake, and then started the icing. The grass was made from coconut which I used green food colouring on. I would have to say I found sticking the “grass” to the board … Read more 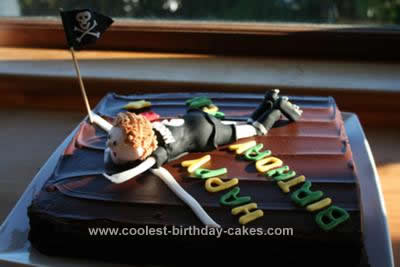 I decorated this Rugby Cake for a rugby-mad half-kiwi half-Aussie 6 year old’s birthday. He’s wearing pirates (and NZ Allblack) colours and the lettering was yellow and green to appease his Dad ,an Australian rugby coach. 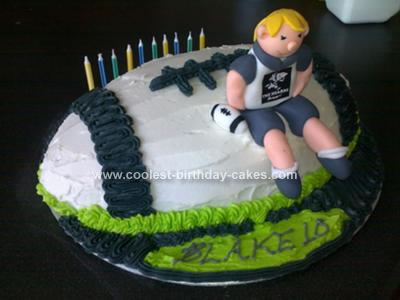 This Rugby Cake I made for my nephew Blake, he turned 10 and is a rugby fan, particular the South African Sharks team, thus I made a Sharks cake. It was just a basic sponge cake recipe. I used a rugby ball character pan single mixture. I then iced the cake white (since the Sharks … Read more 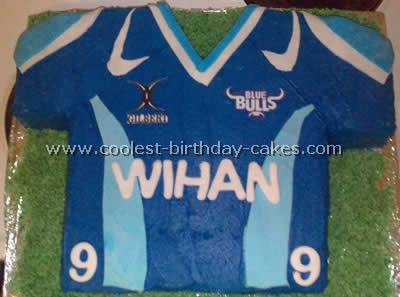 I made this cake for a friends son. I made a rectangular “pan” cake and cut off a piece to make it a square and used the off-cut for the sleeves. I used plain butter icing which was colored blue and rolled-out icing for the embellishments. It’s my first sports theme cake that’s something other … Read more 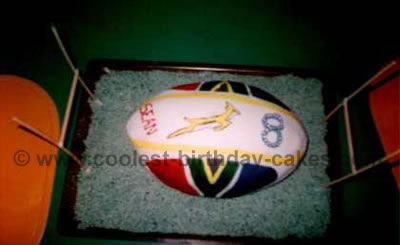 My son wanted a Springbok Rugby ball birthday cake. I took an oval-shaped baking tin or you can bake two original square sponge cakes and size them in a Rugby ball-shape.I used icing (only margarine and icing sugar) to cover the cake and shape it up and finally covered the cake with plastic icing. Finally … Read more 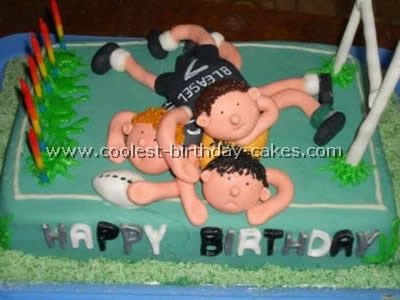 Rugby is a big hit in New Zealand, a bit like football in America so I made this sports theme cake for my friends son’s 7th birthday. He loved it and the cake was so simple. The cake itself was a rectangle and I made the rugby players out of white icing. You can make … Read more 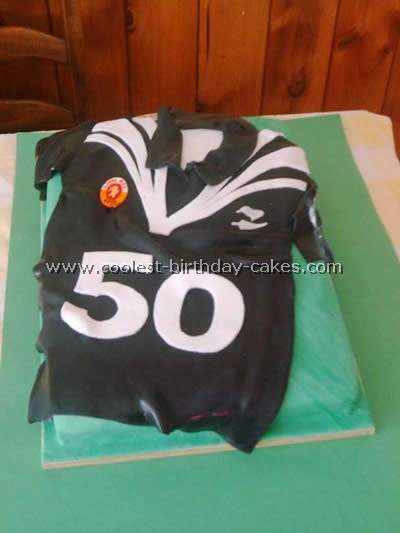 This was a sports theme cake for a keen rugby fans 50th birthday. But it can be adapted to any rugby/football teams’ colours. There is a huge rectangular shaped cake underneath covered in green fondant icing. The shirt itself is also made of thinly rolled black fondant icing with a V cut out for the … Read more