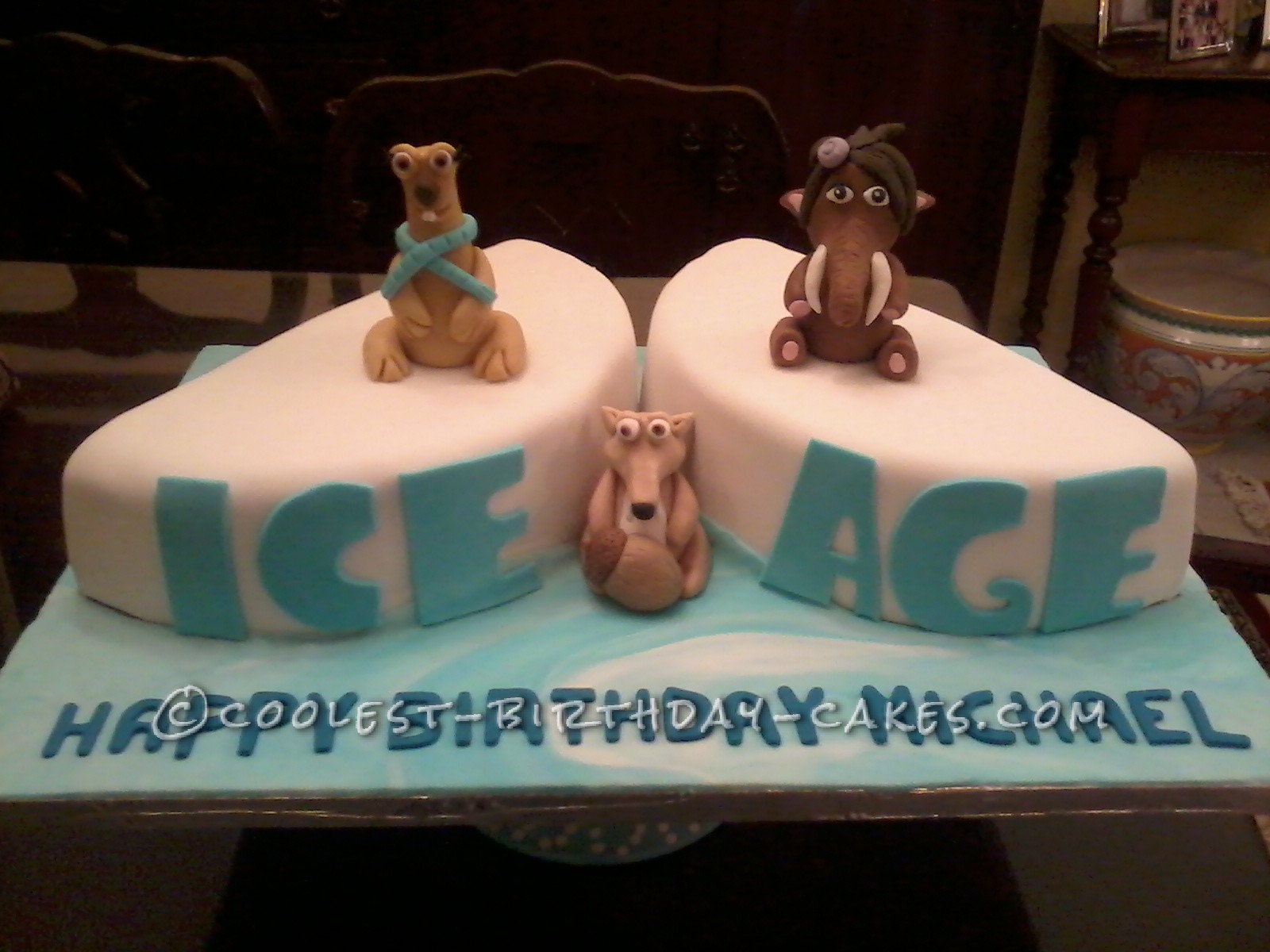 Who said that a nice cake should be difficult to make?  This Ice Age cake is a particular example of how to make a cake that looks good but at the same time it’s very easy to prepare.

First of all I prepared the cake board. I kneaded together some white and some ice blue fondant, just a bit, then rolled it out and covered a rectangular cake board. Now that cake board looked like freezed water.

I baked a 12 inch round marble cake. When it cooled down I filled it with 2 layers of chocolate butter cream. Then I cut the cake exactly in half. I dirty iced and covered each half with white fondant. When both pieces were ready I placed them on the prepared board with their rounded part facing each other in order to look like two big icebergs floating on the iced sea surface.

Now all I had to make were some of the main characters from the animated film ‘Ice Age’. I searched on the internet for the pictures of the characters and chose 3 of them. You need some modelling technique but its not that difficult. When they were ready I placed one on each iceberg and  the third one between the icebergs.

I cut a Happy Birthday message and the name of the birthday boy out of some blue colored fondant and placed them on the front and Voila’, the Ice Age cake is ready.

This is what I call a cool cake!