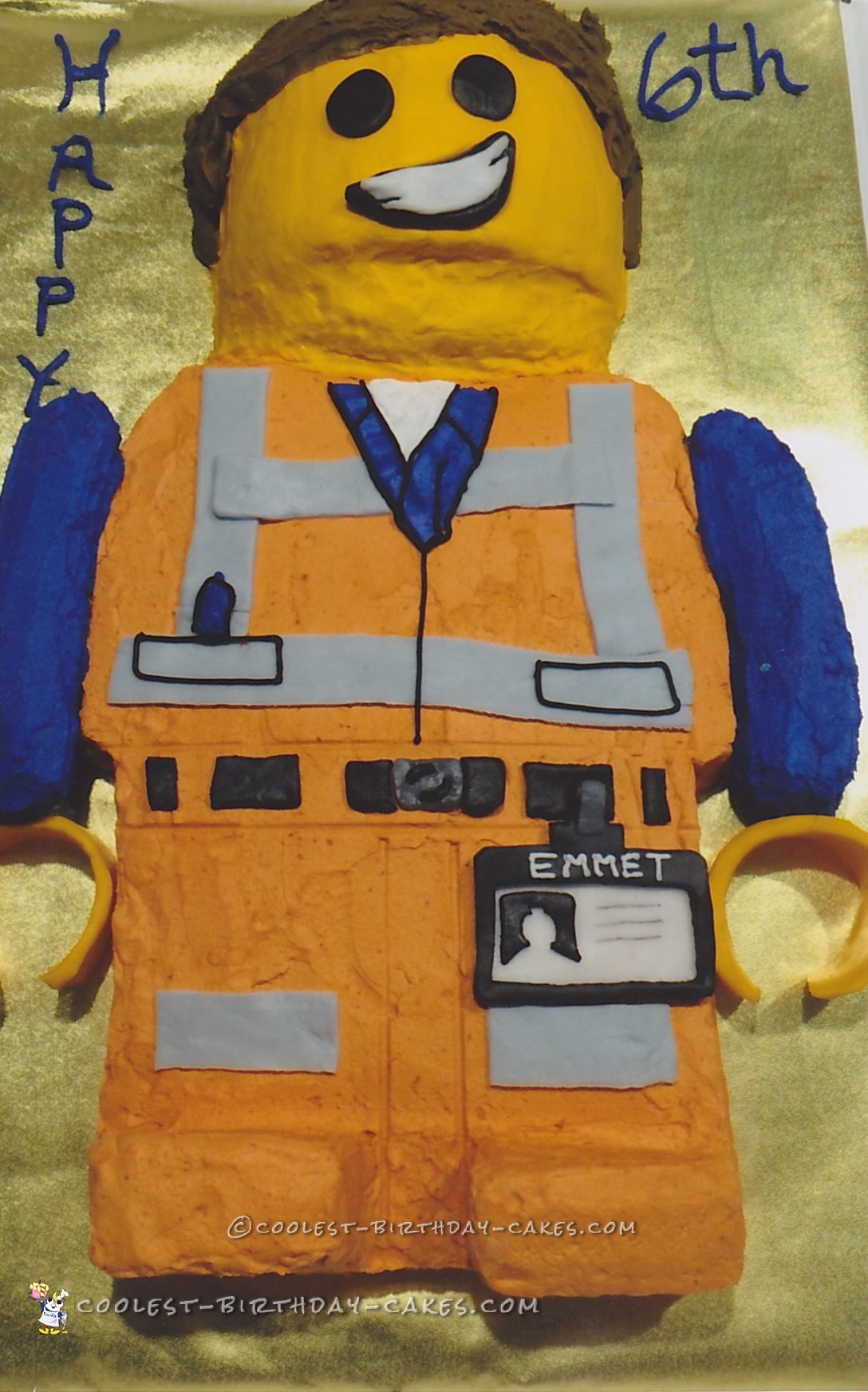 My friend’s son was having his 6th birthday party at a cooking class place.  He had given me an Emmet figure to go by.

The Emmet cake was yellow with buttercream frosting and the body was made with 11×15 pan. I just trimmed in the shape of the character. With some of the cut offs, I added a layer to the cake to make his feet. I used a 1 inch round cutter to put the Lego peg in the bottom of his foot. For his head I baked 2 nine inch rounds an 8″ round for his neck. I stacked the nine inch rounds and centered the 8″ round for his neck then I cut it proportional to the body.

I made his arms out of rice crispy treats I made. You really have to pack them together to keep the shape you want or they start falling apart. I frosted the arms then made them touch the cake and did a little touch up.

The kids learned how to make ham and cheese frittatas and food kabobs, but when asked what their favorite part of the party they said “the cake”!  That was even before they ate some.