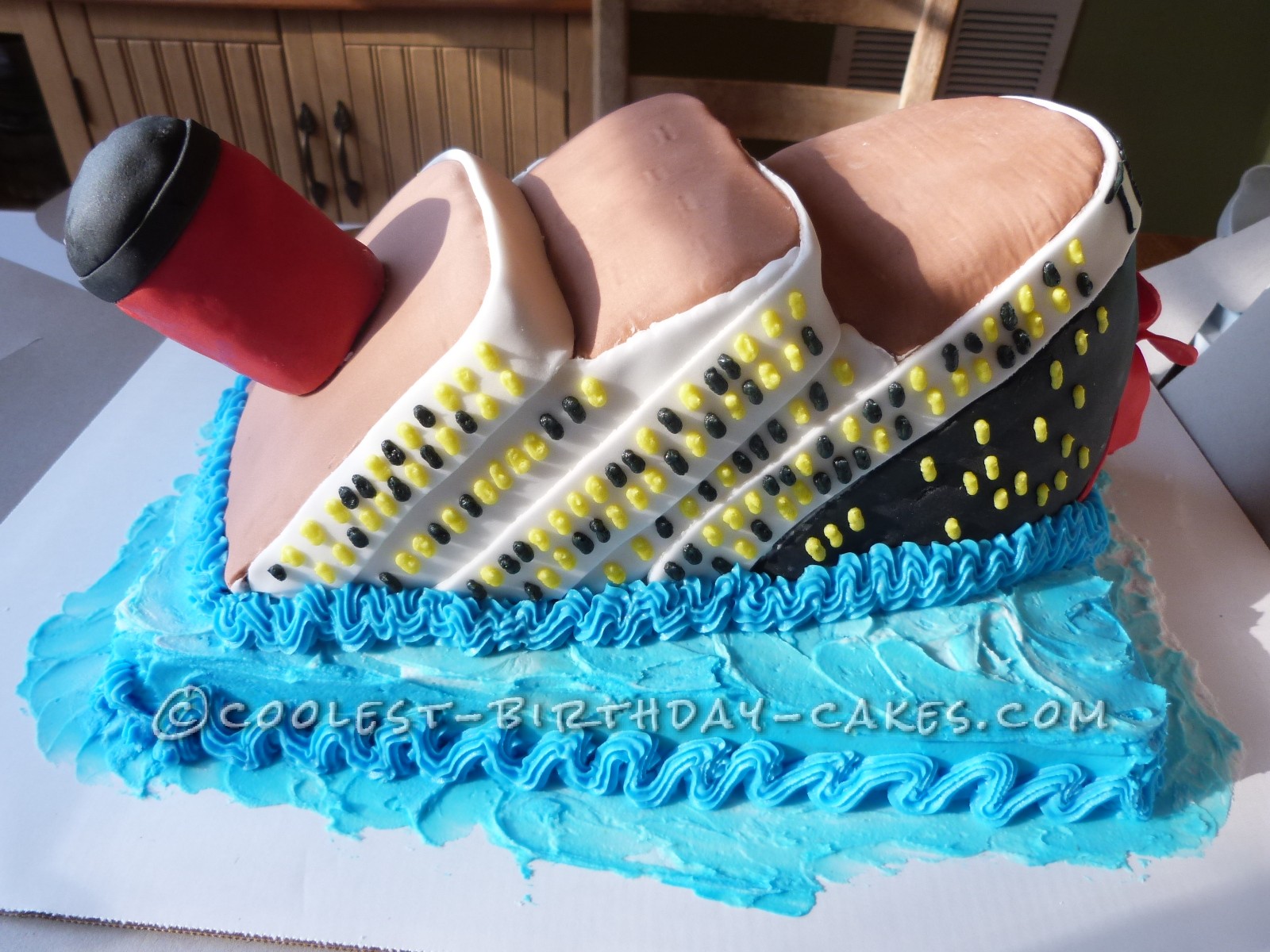 I made this Titanic cake for my friend’s 9-year-old son for his birthday. He has a fascination with the Titanic. The bottom is just a 9″X13″ yellow cake covered in blue butter cream frosting. For the ship, I made 2 batches of crispy rice treats and formed them into a pile to let them cool a little while. When the treats started to get stiff, I formed them into the shape of a ship sinking and placed it on a cake board shaped appropriately.

I put wooden dowels into the cake in order to hold up the weight of the ship. I covered the crispy rice treats with butter cream frosting. I colored fondant brown, black, and red. For the smoke stack, I formed some of the leftover treats into a cylinder, covered with butter cream frosting, and then rolled red fondant to wrap around. I rolled out some black fondant, cut out a circle for the top of the smoke stack, then cut out a thin strip to put where the red and black met and attached it by brushing on a little bit of water. Then I set the smoke stack aside.

I rolled out some brown fondant and pressed a wood plank mold into it to give the deck a little bit of texture, then cut to the proper size and attached the pieces to the ship. I rolled out black fondant to cover the bottom part of the ship, then covered the sides with rolled white fondant. I cut strips of white fondant and attached with water for the different levels of the ship. I added some rolled red fondant to the back to form a place to attach the propeller.

I made the propeller out of gum paste and let it harden in a flower shaping cup. After it was dry, I brushed on a little water and attached it to the red fondant. I colored some butter cream yellow and some black and piped on the windows and the word, “TITANIC”.  I stuck a long dowel rod into the center of the smoke stack and pushed it into the ship. I piped on a blue border to disguise the area where the crispy rice treat on the cake board met the cake and around the bottom of the cake.

The birthday boy was very excited about his cake and all the kids were thrilled to find out they could eat both “ocean” cake and crispy rice treat “Titanic” at the party! 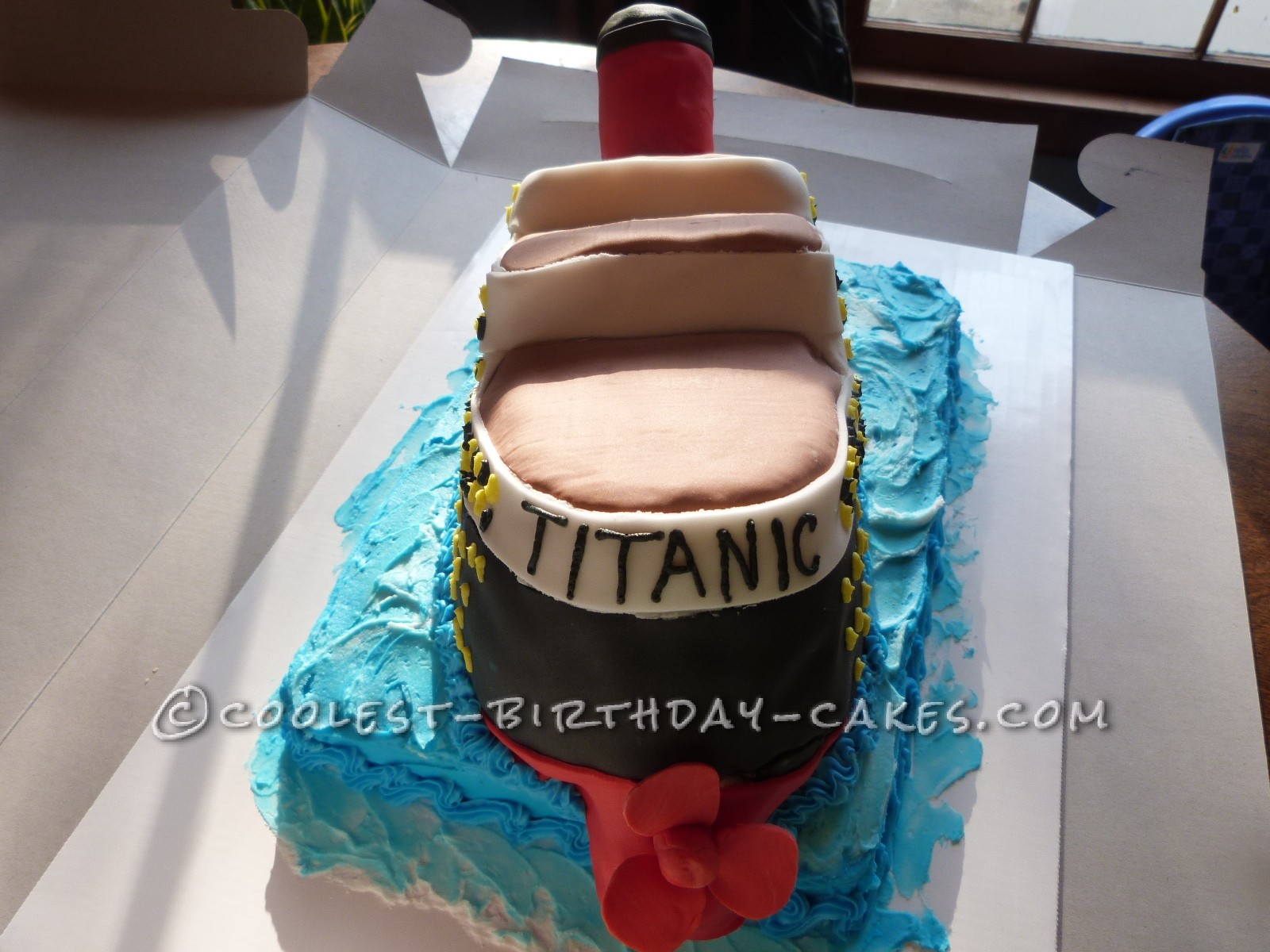 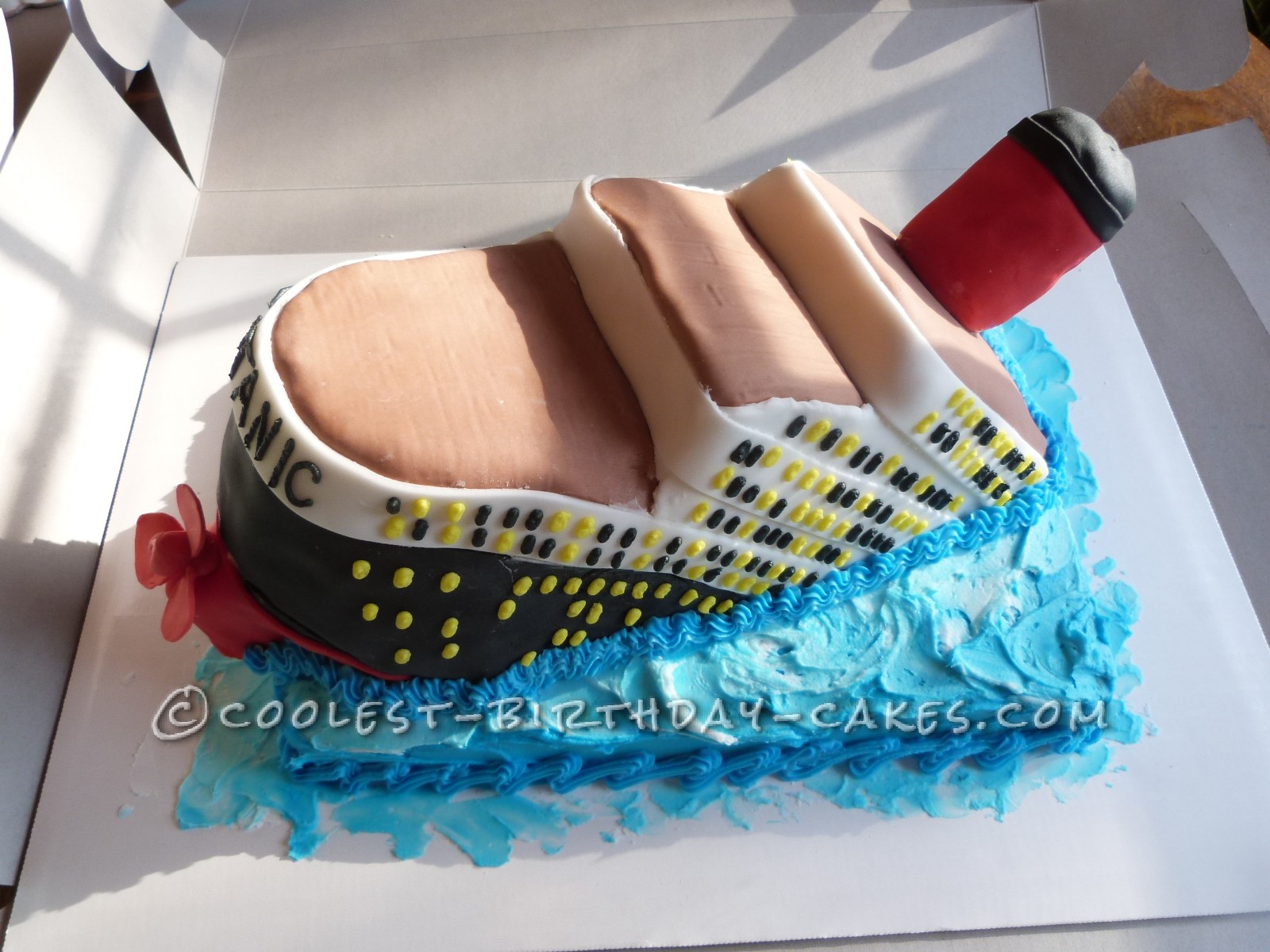