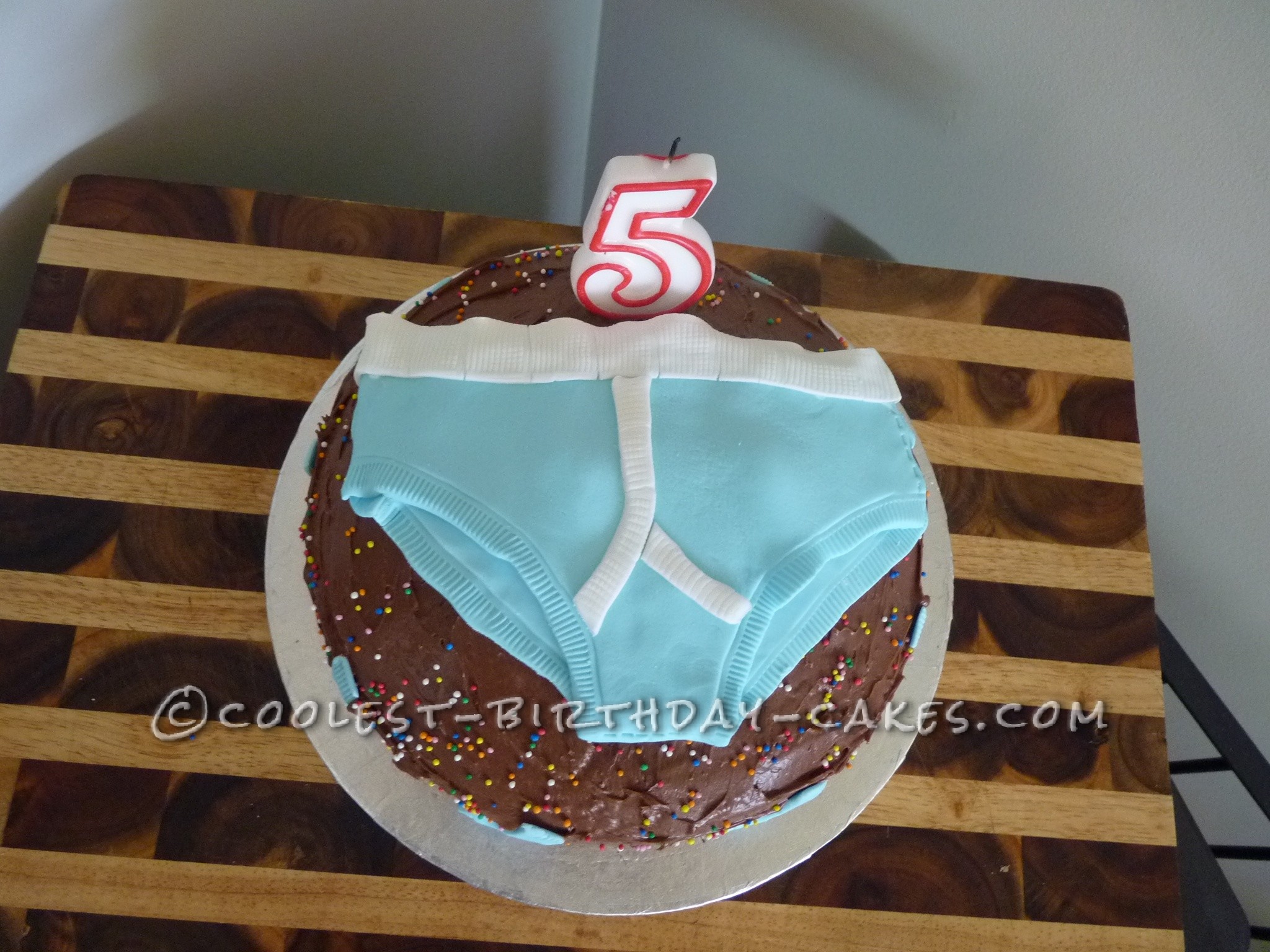 When my son turned 5 I asked him what sort of cake he wanted to take to his last day at pre-school – he said an “underpants cake”.  I think he may have been joking so anyway I said yes – then I think he thought I was joking..but no I actually made an underpants cake!   When I told people they asked if it was the character “captain underpants” he was wanting and I said no just underpants.

I had to bake the cake at my mums as we were living in our shed while our house was finished being built so I had no oven and next to no bench space!  I go there in the end and also made a rocket for his birthday party. The cake is just a plain chocolate cake with a creamy chocolate frosting.

The underpants (and wee socks round the sides) are a blue fondant icing rolled out quite thinly. I cut out a front and back shape so they looked a little more 3 dimensional. To make the elastic along the waistband and around the legs I used the plastic lid off a jar. Most plastic lids have ridges on them so I found two different sizes and rolled the lid on its edge along the icing to give the impression of elastic. I was amazed out how good it turned out for such a simple technique.

I then carefully transferred it to the top of the cake and stuck the socks round the sides. When I showed my son his expression was priceless and the first thing the said was “whose undies are those?” The kids at pre-school loved eating underpants and teachers thought it was hilarious.

One of the most fun I have had making a cake – very simple but effective and despite the challenging living situation at the time it was not too stressful! 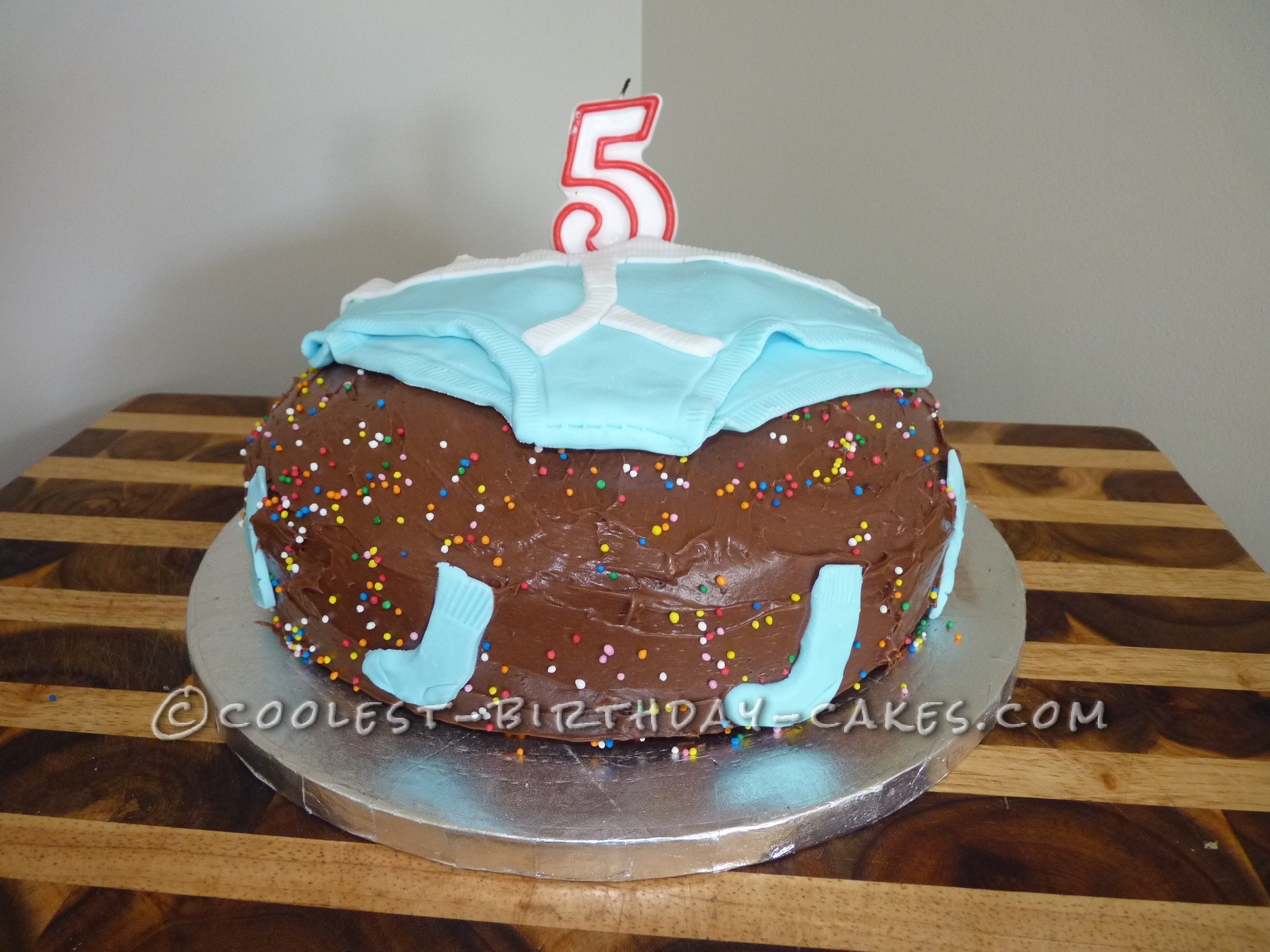