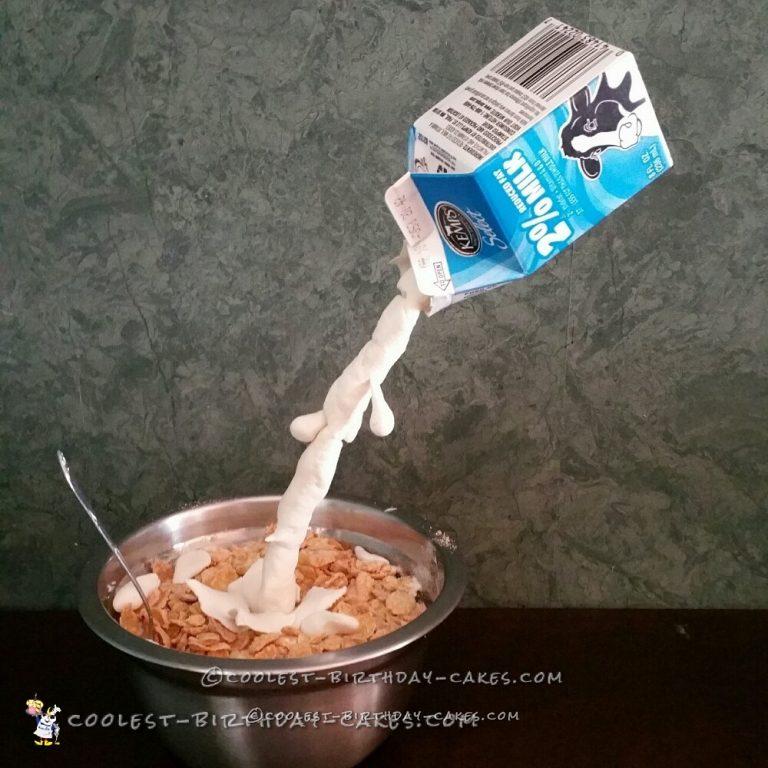 This is a cereal gravity cake I made for my son’s birthday.

It is a vanilla sponge cake with cream cheese filling and buttercream frosting. It is covered in a chocolate bowl. The milk carton is suspended by a balloon straw and covered in vanilla fondant.

How to Make the Chocolate Bowl

I loved making this cake (or any cake… lol). My son loves cereal and could eat it for breakfast, lunch, dinner, and dessert. So, I thought this would be the perfect cake for him.