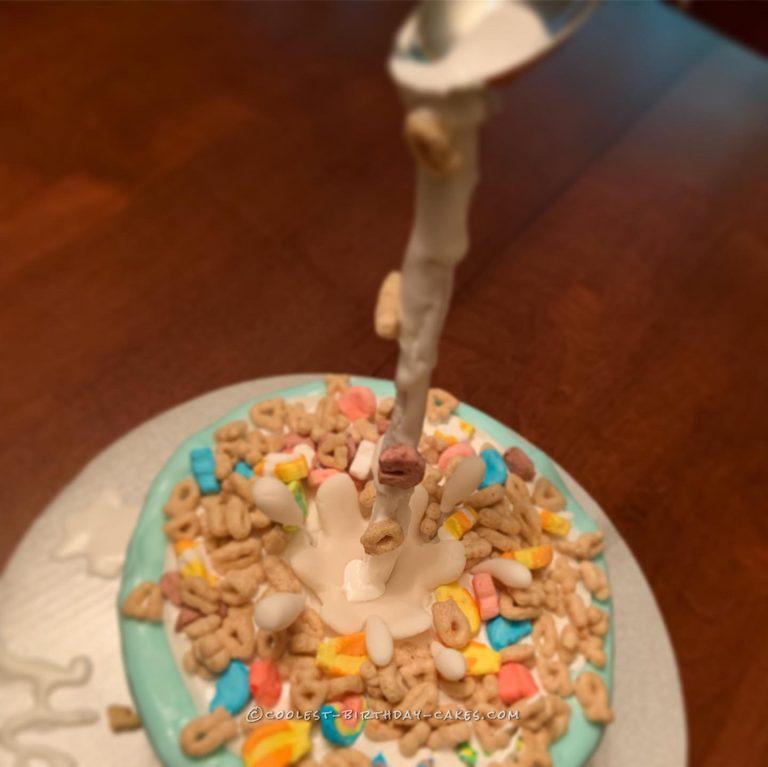 Following a video tutorial on “How to Cake It,“ I baked a white cake in a large Pyrex measuring bowl and covered it with a buttercream crumb coat.

I shaped white gum paste into a ‘milk splash’ with several extra teardrop shaped splashes. *tip, a small funnel was perfect to hold the splash upright while it dried. Make sure to make a hole in the middle for the straw to fit through.

I tried and failed to make a gum paste spoon (it looked great but broke in half) so I resorted to using a cute plastic spoon. I had to use hot glue to get it to stick to the straw at the right angle. If I did this over again I would make a paper milk carton instead of the spoon.

I covered the [hard plastic] straw with white royal cookie icing in several layers. Really goop it in there and let it drip down naturally. *tip, put the straw over a bamboo skewer to keep it upright during this process.

When everything was dry, I placed the milk splash in the center then placed a bamboo skewer through the hole of the splash [make sure to trim the skewer to the correct size] and fit the straw/spoon over the skewer and into the splash use more royal icing to cover the straw and spoon.

I made this for my 14 yo daughter and it was a big hit with her friends. 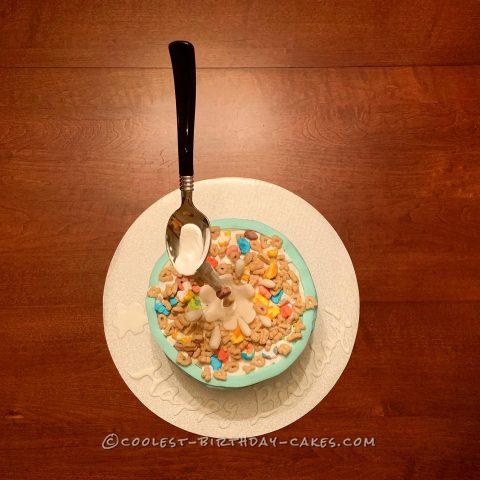 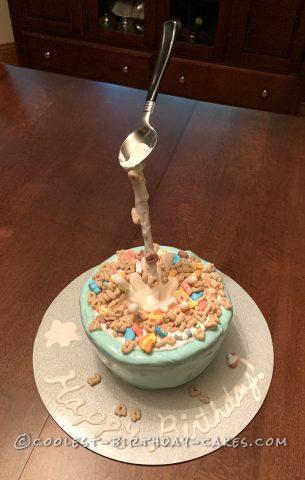