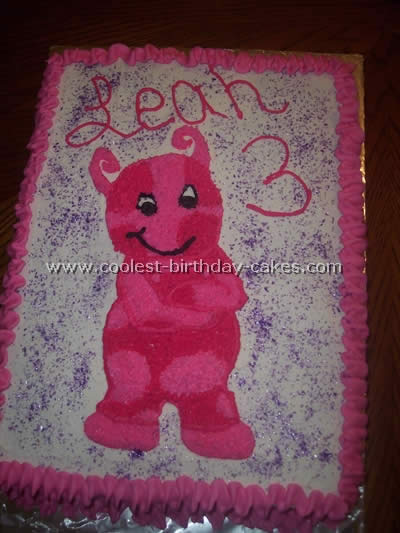 I made this Uniqua cake for a friends daughters party. She loved The Backyardigans, mainly Uniqua. So I searched the internet for a picture of just her and printed it off and used it as a template. I made a flat sheet cake and butter cream icing. Then I just traced her on the cake … Read more 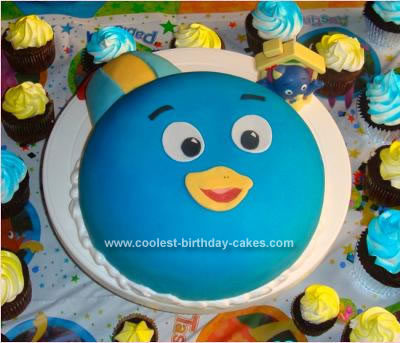 This Pablo Penguin cake is a Chocolate Fudge cake with a cheesecake like filling. The cake was carved to form a flat round shape then I cut the decorations out of fondant. And made the hat out of rice crispy treats formed to the shape then covered in fondant. 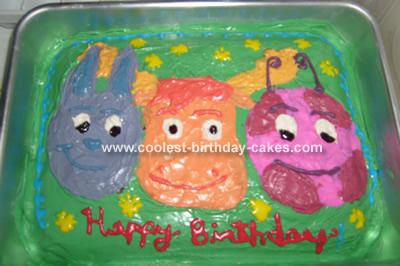 I started with the green for the grass and the base color for the Backyardigans cake. I used 80 drops of green food color for it. Then I mixed the colors for the main characters, Tyrone 10 red and 6 yellow, to make the orange after I used what I needed I mixed the remaining … Read more 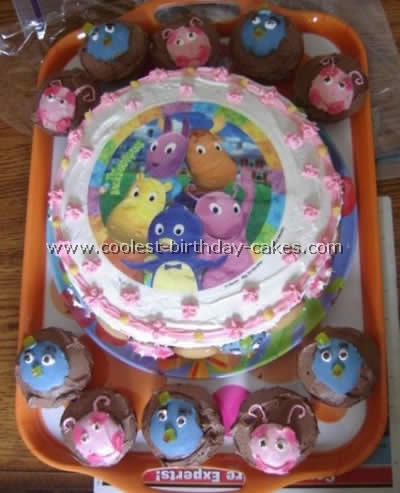 My two year old daughter loves the Backyardigans so what better than to make her a Backyardigans cake for her birthday. I made this cake using two round 9 inch cakes stacked on top of each other with frosting. Frost the entire cake with white frosting and purchased as edible cake picture to place on … Read more 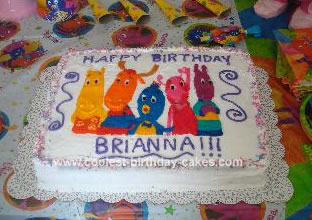 I made this Backyardigans Birthday cake for my niece’s 2nd Birthday. It was a yellow cake with buttercream icing and strawberry filling. The image was done using a buttercream transfer. She was so excited! 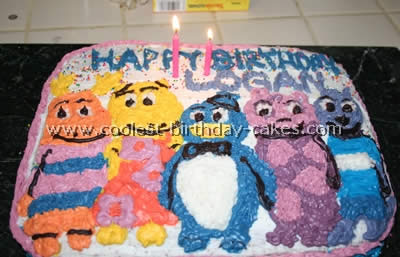 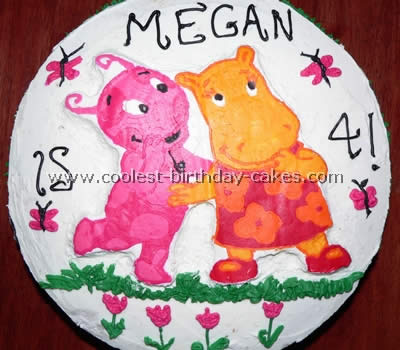 My daughter was turning four and loved the Backyardigans. All she kept asking for was a Backyardigans cake and wouldnt you know it that was one of the only shows that I couldn’t find any cake decorating ideas for. At the time there were NO Backyardigan cakes on this site so I was stumped! After … Read more 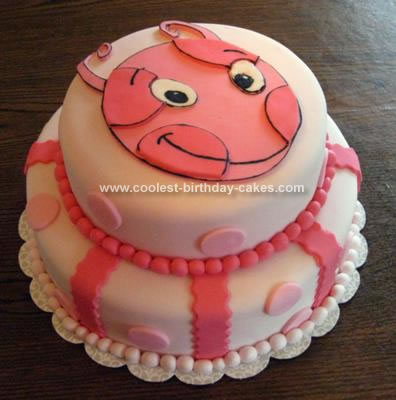 This was my second time working with fondant and my first time making a stacked cake. I made this for a friend of mine for her 3 year old’s birthday party. The cake was Betty Crocker yellow, it was first frosted and filled with buttercream and then covered with the pink fondant. I mixed all … Read more 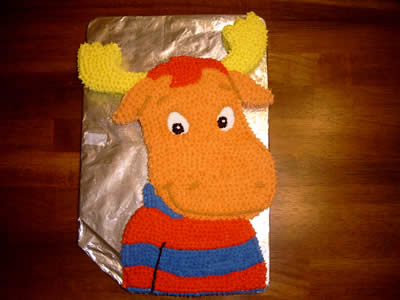 I made this Tyrone cake for my neighbor’s little girl on her third birthday. I started with two 9×13 cakes (with edges cut off), placed end to end and then cut out the shape of Tyrone which I got from a coloring book she had. For the icing I used white store bought and colored … Read more 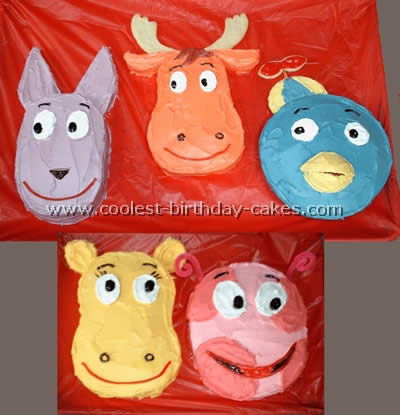 I used standard round cake pans for my Backyardigans cake. I cut the cake up to fit the shapes of their faces. I used sugar cookie dough (in the roll) to form the accents. Like the beak hat top and antlers. The antennas are pink pipe cleaners. 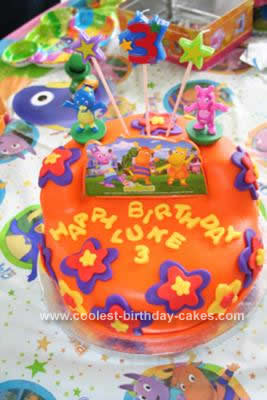 This Backyardigan Third Birthday Cake was the first cake I was going to be decorating in our motorhome so I was hesitant about being too intricate. I found the Backyardigan toppers on the internet (Amazon) and decided to take it easy with with new Duff fondants at Michaels – which were fabulous. I baked three … Read more 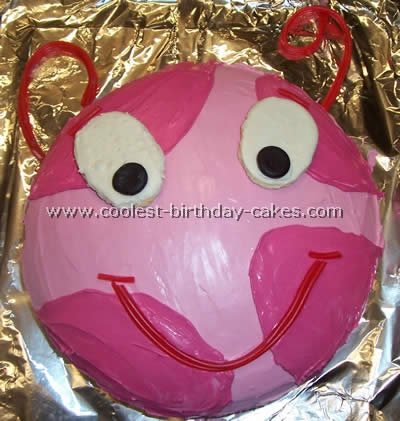 This Uniqua cake was extremely easy and fun. We used a round cake pan for Uniqua’s head. After the cake had cooled we placed it in the freezer to make it easier to handle. Add a drop or two of red food coloring to vanilla icing to make Uniqua’s light pink color. Ice the cake … Read more