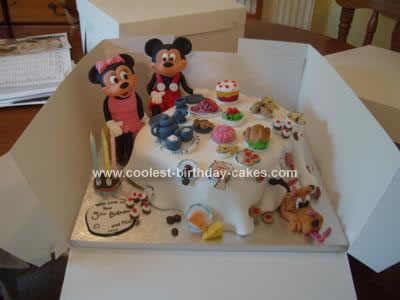 This was a birthday cake that I made for a friend of mine, she left the theme entirely up to me but it had to be based on Mickey Mouse. I made a 12″ square cake and cut an oblong which I covered in butter cream and then fondant icing. I had to make the … Read more 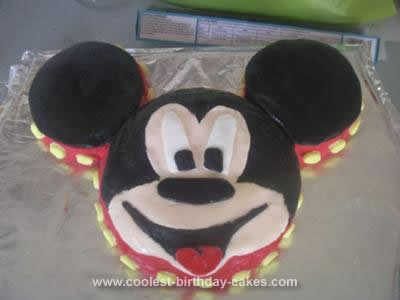 My little boy is the biggest fan of Mickey so this was the obvious choice. It was also my first effort at baking but I was delighted at how this Mickey Mouse Birthday Cake worked out. I basically baked up 3 round sponge cakes. One for the face, and 2 for the ears. For the … Read more 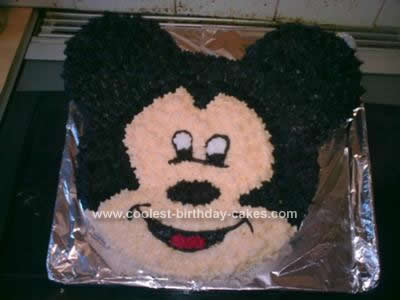 I made this Mickey Mouse Birthday Cake totally from scratch. I drew a picture of Mickey Mouse which I thought would be easy enough to make into my cake. I then made a template on some cardboard, then baked a large cake which I then used my template to cut out the shape of the … Read more 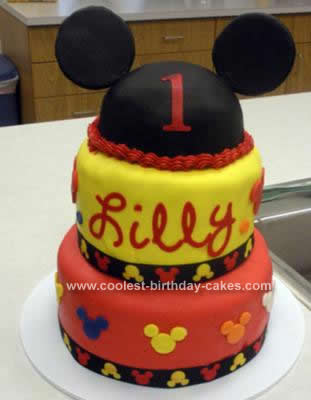 This 1st Mickey Mouse Birthday Cake was made for a little girls first birthday party who loves Mickey Mouse. They asked for a primary colored simple tiered design that wasn’t too busy. The bottom layer is 2 10″ x 3″ rounds that were torted, cake was chocolate with Oreo buttercream and a little ganache and … Read more 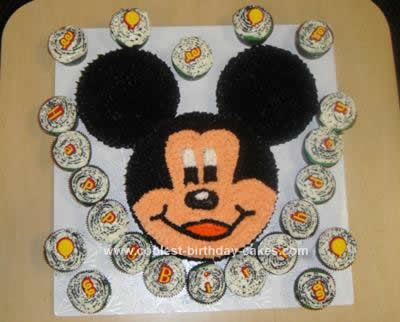 This Mickey Mouse Birthday Cake Design was the second decorated cake I had ever made. I made my son’s first birthday cake last year with some guidance from a friend. It turned out really good so I decided to give it another go this year. I didn’t use a store bought pan, just free-handed it. … Read more 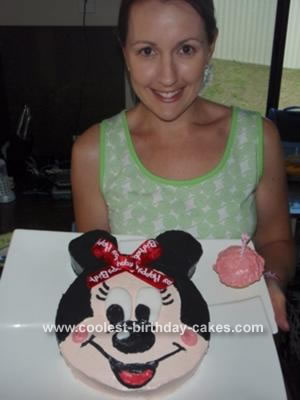 I wanted to do a Minnie Mouse cake for my 1 year old so I found a picture of Minnie and went for it! I used a round cake tin and 2 cupcakes for Minnie’s ears! I am not much of a baker so I use Green’s Vanilla Cake Packets – they taste really good … Read more 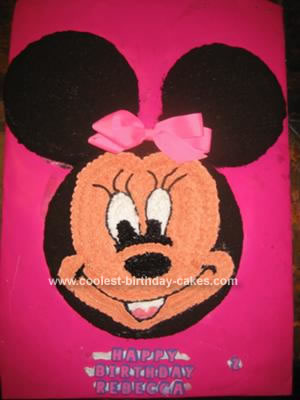 I used one cake mix. Poured some into a 9 inch round and some into a 6 in round. Once they cooled, I biased sliced the 6 inch in half to have two ears. I did need to trim one to make it flat on top. I then iced the 6 inch cakes with white … Read more 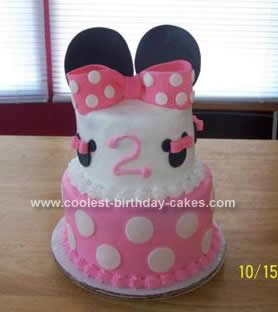 This Minnie Mouse Birthday Cake was made with a 6″ round top tier and an 8″ round bottom tier. Both double layers with Wilton’s buttercream recipe in between. The bottom tier is covered with buttercream and I used white fondant polka dots. The top tier is buttercream. The Minnie Mouse faces are black fondant cut … Read more