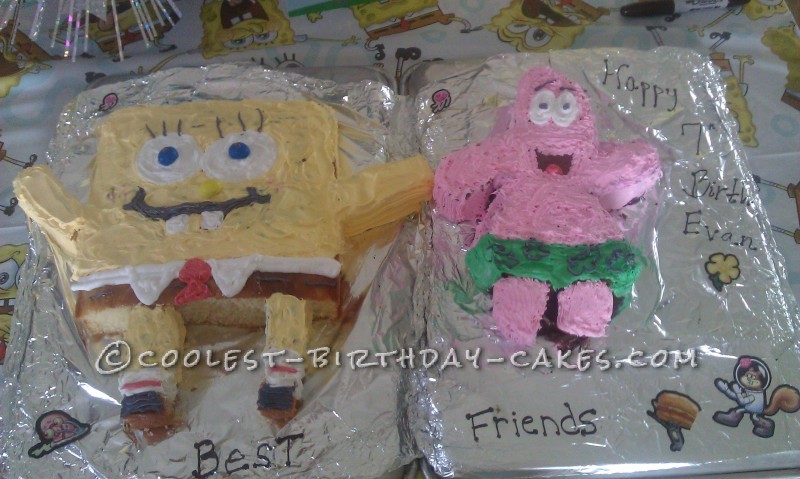 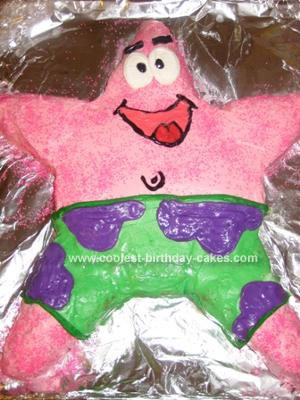 I made this Patrick Starfish Birthday Cake along with a SpongeBob cake for my son’s 6th birthday. I wanted to make sure I had enough for a large party and it was cute to do them both. For this cake I used 2 9″ rounds, one of which I cut into 5 triangles (like a … Read more 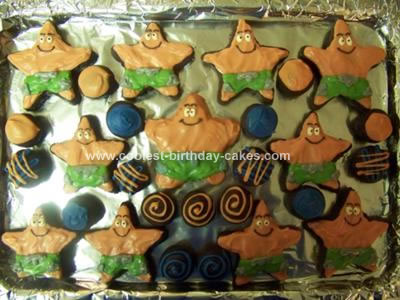 For this homemade Spongbob mini Patrick star cake I used the recipe for cake balls and instead of “balls” I formed stars because I didn’t have a cookie cutter that did the job. From there I refrigerated the “cakes” overnight. I used those melted candies you can buy in bags from Micheals. I mixed pink … Read more 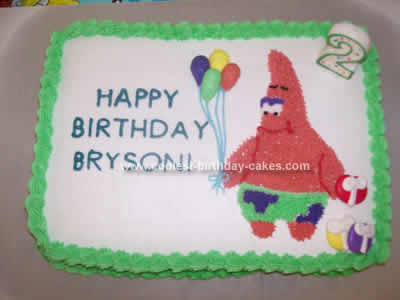 The Patrick cake was made using an icing transfer. I iced the cake smooth and then used a Viva papertowel to smooth out the swirl marks. I printed a Patrick picture from the Internet, covered it with wax paper, and outlined it with yellow piping gel. The cake icing should set for a few minutes … Read more 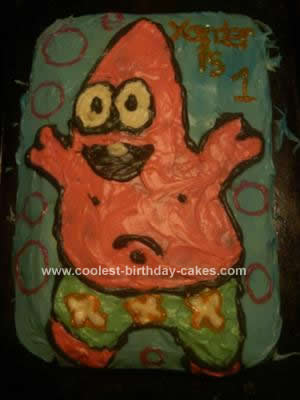 I used a 13 x 9 cake pan for this Patrick Star Cake and I had no tools. I am sure it would have come out a little better if I could afford tools. I mixed the colors with food coloring. Cream cheese Icing works the best for me. I used Ziploc bags to draw … Read more 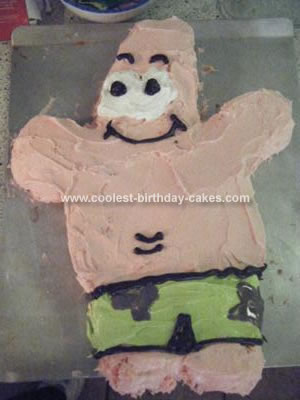 My son loves Spongebob and Patrick so I decided to make this Patrick Star Cake. This was my 1st time cutting out a character. I Googled a picture of Patrick and enlarged it, then I wanted it a little bigger so I decided to draw it myself on a big sheet of paper. I made … Read more 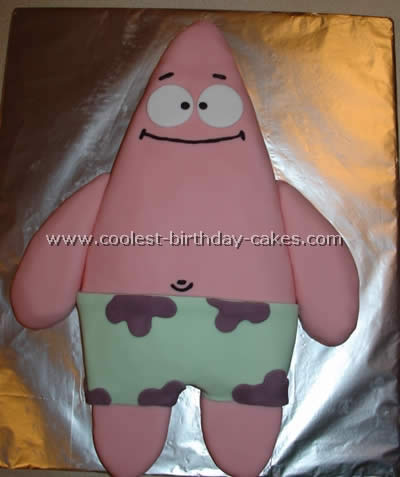 For this Spongebob Patrick cake, just make a plain sponge cake. Then print off the internet a picture of a Patrick the Star (but stretch the picture in word to fit A4 or whatever size you choose). Cut him out and place it on top of the cake and cut around the cake. With the … Read more 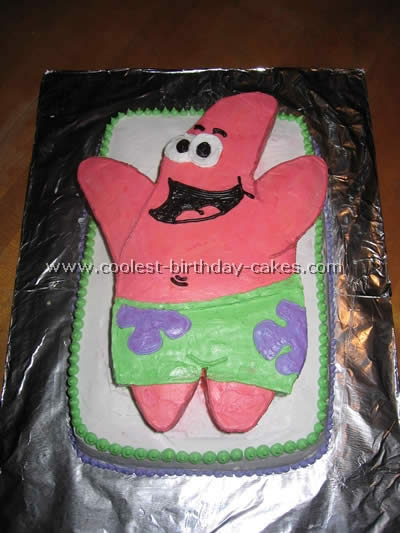 I came up with this (as most of my creations) because I couldnt find the cake pan/character/idea I needed. There was no sponge bob Patrick Star cake pan and of course as usual my son wasn’t going the easy route with the “main character.” Anyway after downloading a basic picture of Patrick I traced it … Read more 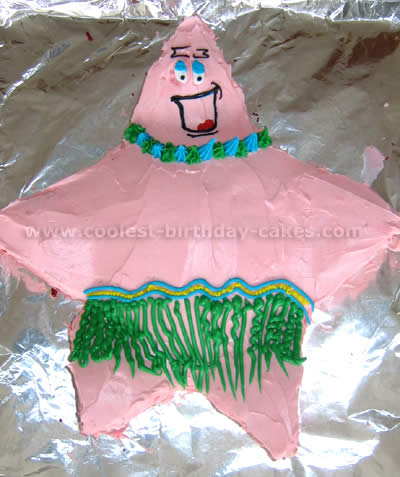 We had a Spongebob theme and thought these would be cute add to the theme. Pretty easy and fun to do. The Spongebob Patrick cake was cut to make a star shape and frosted in his colors. The Plankton was made using a Twinkie for each and frosted in green. The hands, legs and antennae … Read more 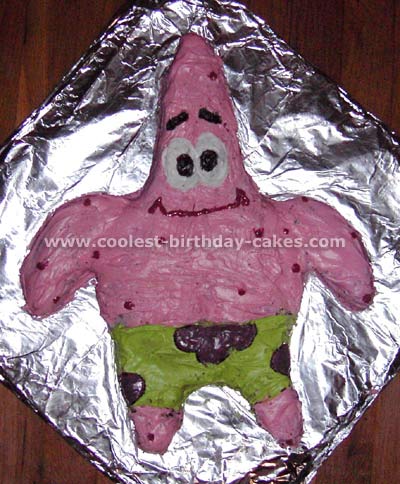 My son and I made this sponge bob cake for a cake bake for Cub Scouts and we used two 9″ round cake pans (its Patrick). The one circle is for the center of the body. We then cut the head out of the center and used the left over pieces to piece together the … Read more