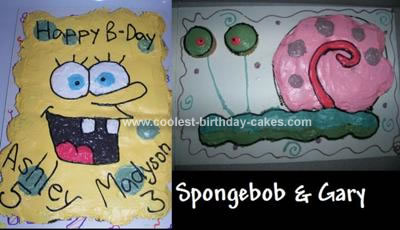 Our girls were turning 3 and 5 years old and had a “Spongebob Luau.” I wanted to spend more on decorations and luau items, so we opted to make the cakes ourselves. Our oldest wanted cupcakes, so I “tried” and they turned out great! This is my Spongebob And Gary Birthday Cake. I used pictures … Read more 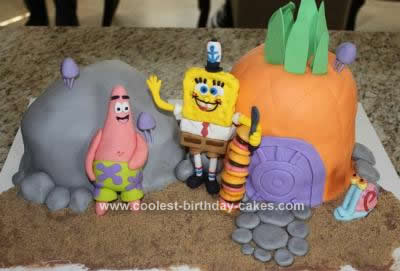 My son turned three and wanted a Homemade Spongebob and Friends Cake with all his favorite characters. All of the characters are colored gum paste. I always do the arms and legs separate and add spaghetti noodles (since you should use all edible ingredients) in immediately after molding them. I poke holes in the bodies … Read more 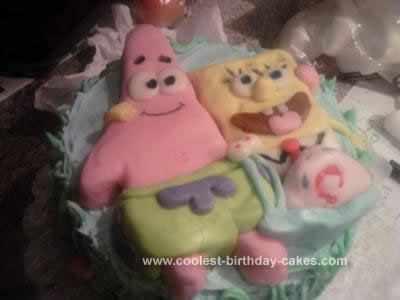 This Sponge Bob and Patrick Cake was ordered for a friend’s son in law because him and his daughter love watching Sponge Bob together, so it was actually ordered for the granddaughter but was the son in law’s birthday. The cake is a moist chocolate cake covered in butter cream frosting tinted blue. There is … Read more 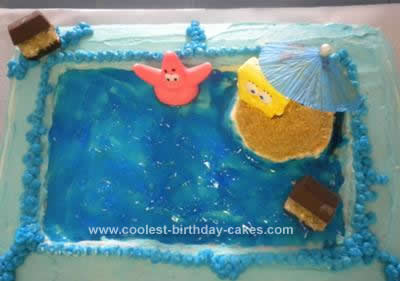 I made this Sponge Bob birthday cake for my God-son and his Grandpa. They share the same birthday. My God-son loves Sponge Bob and the idea came from a Sponge-Bob episode. The Cake: I used 2 boxes of white cake mix and doctored them up. To each cake mix I added: 4 eggs, 1cp. plain … Read more 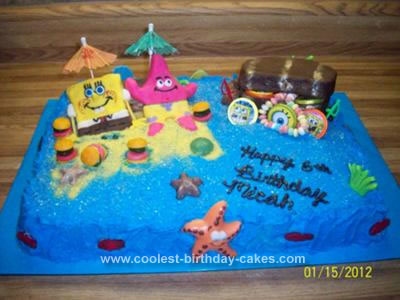 I made this Spongebob birthday cake for a 6 yr old’s birthday. Spongebob, Patrick, rock behind Spongebob and Patrick, and treasure chest is fondant. Shells, seahorse, sea turtle, starfish, shark and angel fish are chocolate melts. The icing is tinted butter cream with sugar sprinkles for water effect and sand beach. Crabby patties on beach, … Read more 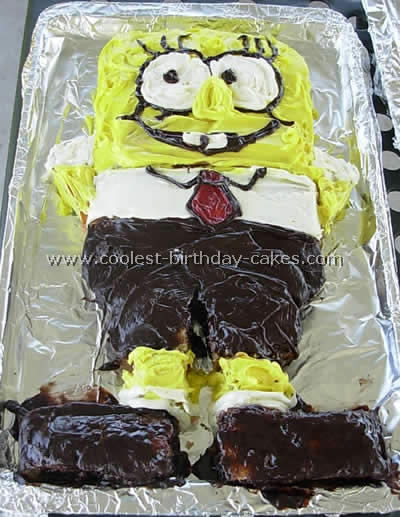 I made these Sponge Bob Patrick cakes for my sons fourth birthday and my daughter’s second birthday. They are only nine days apart so we had a joint party. I made Sponge Bob by baking a 10×8 cake and a 9″ square cake, any flavor will do. I used Funfetti because it was for kids. … Read more 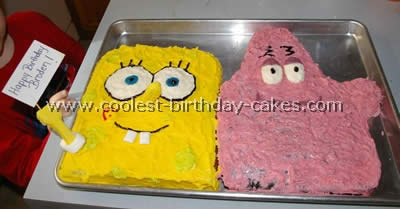 I asked my friend Linda to make a Sponge bob cake for my sons 5th Birthday party. I gave her a SpongeBob picture and asked her to copy it. Not only did she make Sponge bob but she made his best friend Patrick Star as well. Sponge bob’s hand is a cookie with a marshmallow … Read more 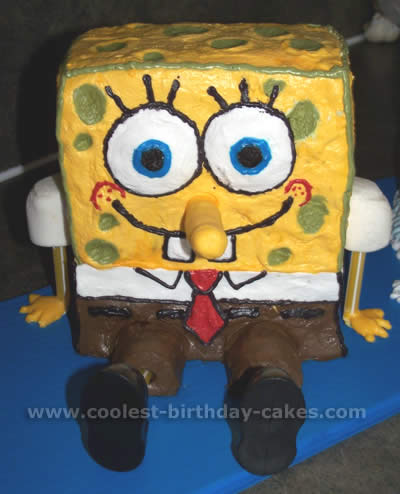 I ask my kids a couple months before their birthdays what kind of cake they want, so that I can come up with a game plan. The first process for me is to think up and/or research as many different ideas as I can.From this I eventually come up with a picture in my mind … Read more 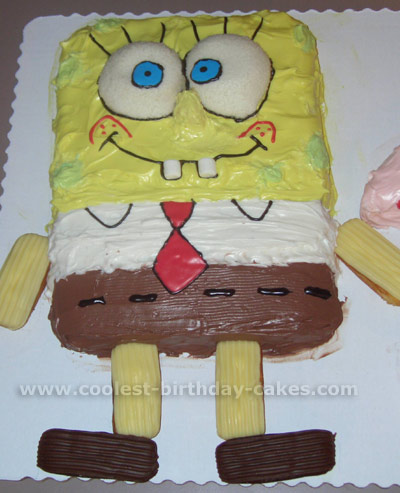 I prepared these Spongebob Patrick cakes using 2 boxed cake mixes. Spongebob Squarepants was chocolate and Patrick was a yellow mix (per my daughters instructions). I used ideas from looking at all of the other pictures on this website. I started with trying it out first with construction paper. I measured it against the pans, … Read more