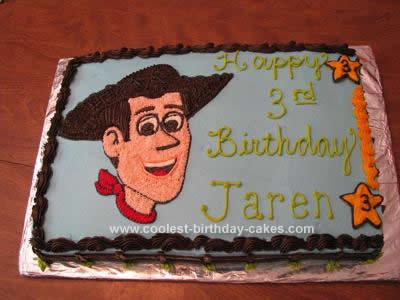 This Toy Story Birthday Cake is a 1/2 sheet cake made with two store-bought cake mixes and iced with buttercream (all the brown icing you see is chocolate buttercream). I found a coloring page on the internet with Woody on it and enlarged it and cut it out. Then I just traced around it with … Read more 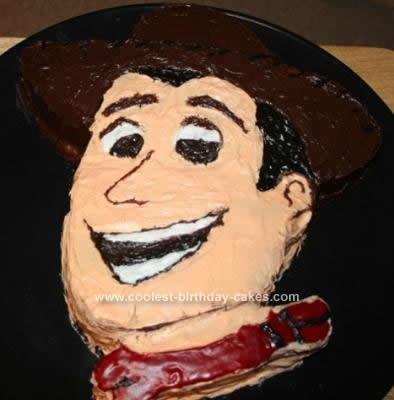 This Homemade Woody Birthday Cake was for my son’s 6th birthday. He is a big Toy Story fan. Months before his birthday, he told me he wanted a “Woody” cake. I knew this was going to stretch my cake decorating skills. I found a couple of pictures of Woody that I liked. From the pictures, … Read more 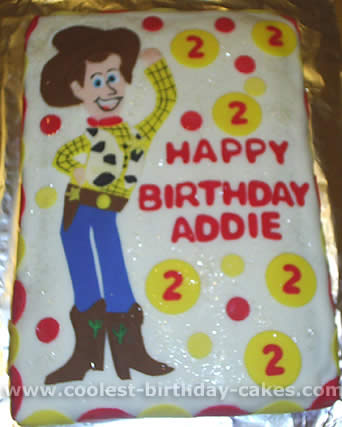 I made this cake for my niece Addies 2nd birthday. I made a regular sheet cake, and used rolled fondant. I printed an online picture and used it to cut out the fondant shapes. I used an edible marker for the mouth and details on the eyes. I also included some sparkles to make it … Read more 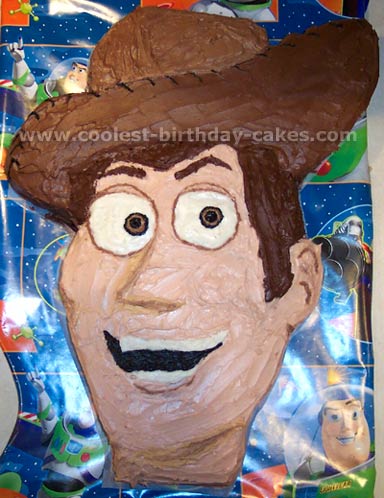 My son told us he wanted Woody on his cake for his third birthday. My husband immediately went to work looking for special cake frosting recipes and designs.He made two sheet cakes (13×9) and froze them (easier to cut a frozen cake). One sheet cake was used as Woodys face (vertical), one for his hat … Read more 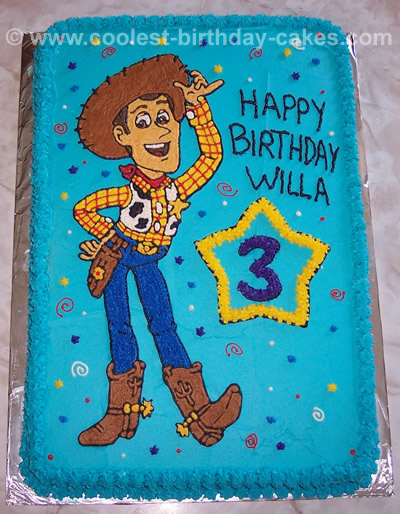 This cake frosting recipe idea was made for a little girl who LOVES Woody. I found a picture of Woody from the internet and enlarged it and traced around the edges with a toothpick. The rest is all freehand. 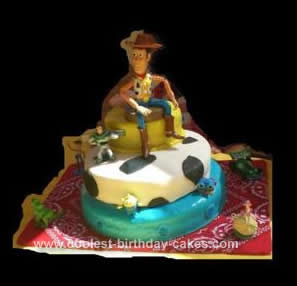 This Toy Story cake was one of my first experiences. I’ve never gone to school to learn how to make them. I just got my ideas from watching cake programs and created my own. I used four chocolate cake boxes, I used Mocha for the center of the cakes, as if it were butter cream, … Read more 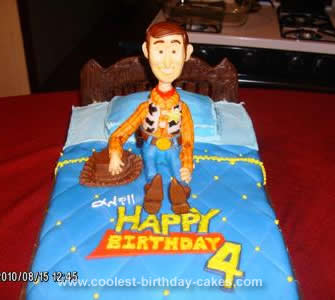 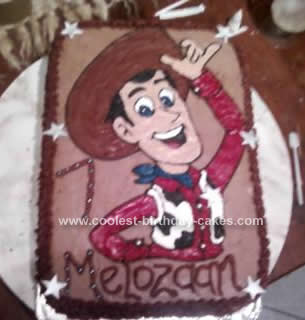 I made this Woody Cake Idea for a friend’s daughter who loves Toy Story. I made a stencil of Woody, baked a simple sponge cake, and frosted the picture onto the cake using butter icing. It took a while to do all the different colours but was a huge success at the end. All the … Read more