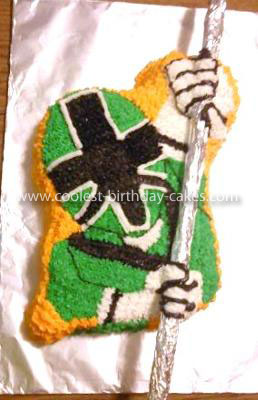 This cake was simple to make. I basically made a 10″ round sponge cake and shaped it to look face/head like. I then covered it in red sugar paste as this was the little boys favorite ranger colour. All of the features were made from colored sugar paste and added using a little water to … Read more 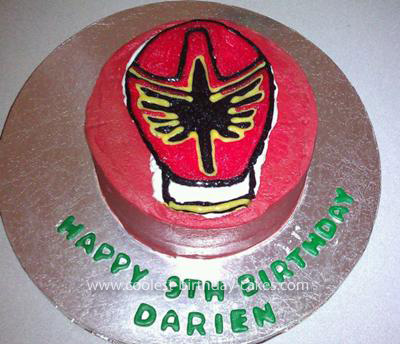 To make pattern for a Power Rangers cake enlarge a photo downloaded from the internet for the shoulders/upper body. Use a Halloween costume mask as a guide for the head. The head is two 9″ layers filled and sculpted to the head shape then covered in fondant. The shoulders are two 11×15 inch layers filled … Read more 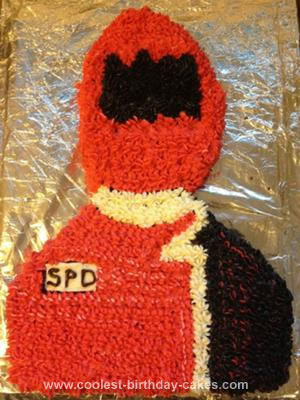 I thought I’d make my son a 4th birthday Power Rangers cake to take to his kindergarten to share with his friends and teachers, he loves the Power Rangers especially SPD so here is my attempt at one. I found lots of inspiration from Coolest-birthday-cakes and found a head and torso picture of a SPD … Read more

I made the Power Rangers body by using a 9×13 baking pan. For the arms I used two meat loaf pans (that is what I call them), for the head I used an 8×8 square pan and just cut the shape of the head that I wanted. I used vanilla icing and added almond flavoring. … Read more