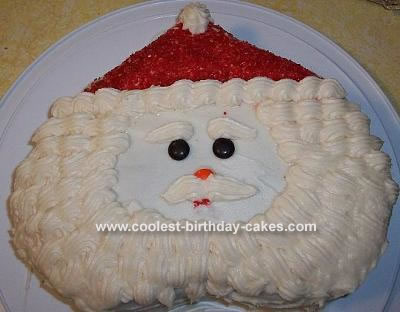 This Santa Clues cake was one of my earlier cakes when I first began decorating. I saw this cake in a magazine and decided to make my own Santa Claus for the holiday. This is actually a brownie cake baked in a silicone heart pan. When you decorate the face turn the heart upside down … Read more 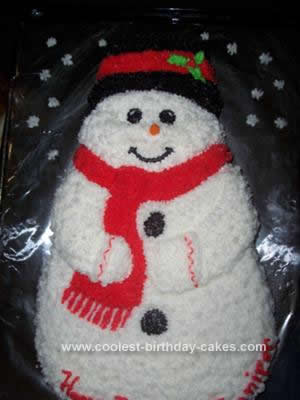 I enjoy baking and I received a snowman pan for my last birthday, my granddaughter told me she wanted a snowman this year. I try to make the children, and family cakes for their birthday. I used a Pillsbury cake mix plus 2 1/2 cups of mix so it would be a good thickness. I … Read more 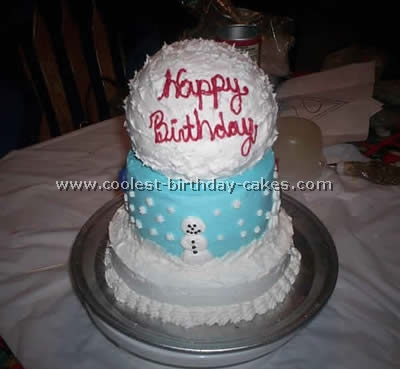 I made this snowman cake for a birthday party my sister-in-law was having for one of her friends. I used the Wilton Sports Ball pan for the globe. I used two 6-inch cakes for the base and an 8-inch cake for the bottom. I frosted the globe white and gave it a bumpy texture to … Read more 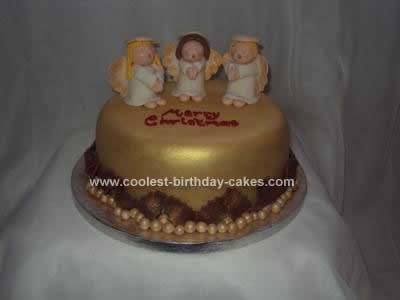 This Christmas Cake is one of two cakes I made for a lady who actually makes Christmas Cakes herself but said she loves my cakes so much she just had to order a couple. I don’t think anyone could receive a nicer compliment than that. I made the angels at the beginning of December to … Read more

I used this Christmas cake recipe to make a cake for the soldiers in my husbands unit this past Christmas. I got the idea off the internet (actually it was supposed to be a childs birthday cake). It was supposed to be smaller but I scaled it up in size so that I could feed … Read more 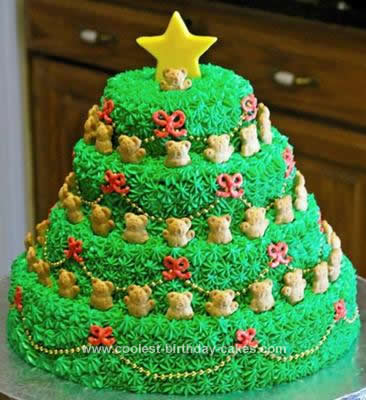 My Granddad called me about making a cake. His church has the Singing Christmas Tree, and he was wondering if I could make a cake that somewhat resembled the tree. After looking up pictures of the singing Christmas tree, I decided to go with a 3-D layout, making a tiered cake. This cake was 4 … Read more 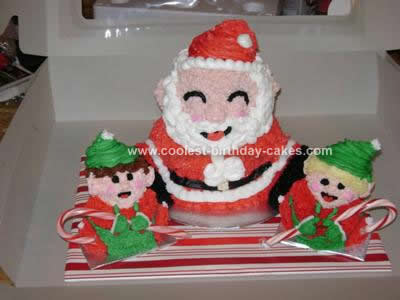 I made this Santa and Elves Holiday Cake as a donation for a charity event last December. I used the Wilton Cuddly Bear stand up mold for Santa and the mini bear mold for the elves. I baked per pan directions. Santa is vanilla cake and the elves are kicked up a bit with some … Read more 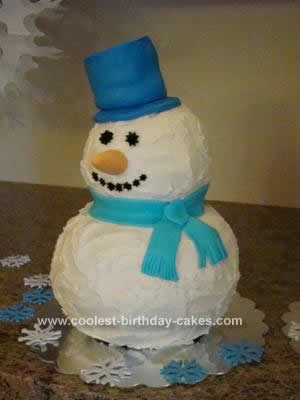 For my son’s first birthday in January, we went with the popular “Winter Wonderland” theme. I wanted to make a stand-up Homemade Snowman Birthday Cake, and browsed lots of photos on this great site for inspiration. I used two Pyrex bowls to make this cake. I baked two cakes with the larger bowl and inverted … Read more 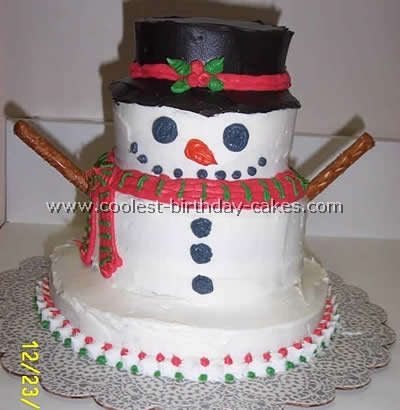 I used tiered cakes for this snowman cake, making the top and smallest tier his top hat. I used a paper plate for the brim, cutting the center out and frosting it black like the hat. His arms are pretzels. 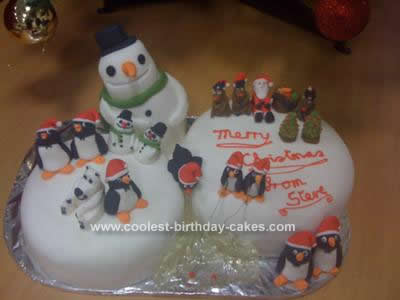 This Homemade Christmas Scene Design is the first ever cake scene sugarpaste models I have ever made. The ladies at work, set a challenge of bringing something in to eat for a Christmas buffet so I decided I would make a Christmas scene. The cake on the right is a normal Christmas fruitcake, fed with … Read more 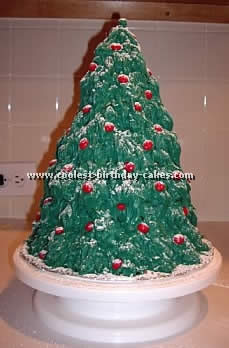 I made seven circle layers in different sizes using my Wilton cake pans (10″ down to a cupcake size – all depending on the size of your Christmas cakes). Then cut small triangles out of the edges of each layer to make it look like branches. I assembled the whole cake and then stuck a … Read more 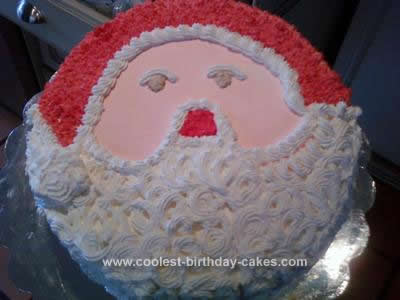 I used a 10 inch cake for this Santa Cake Design. I frosted it and outlined the face with a toothpick. Very easy! Happy Baking!