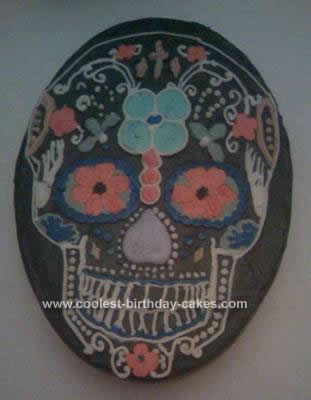 My Halloween Skull Birthday Cake was made for my daughter Rebekah who is older and not so fond of “normal” birthday cakes. The cake was made in an 8″ Wilton oval cake pan. The cake itself was milk chocolate and the icing was buttercream. The technique I used in putting the design on the cake … Read more 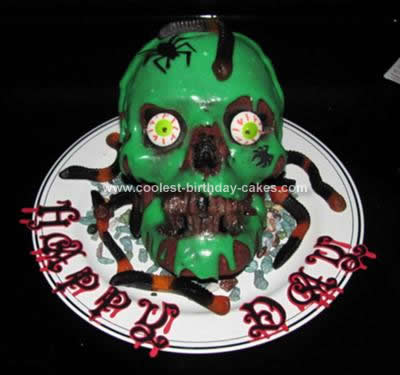 I started out this Evil Skull Birthday Cake by mixing up my own Red Velvet cake; I thought it was appropriate for this cake. With this cake pan you must spray with Pam and then coat with flour. The cake comes in 2 sections which have to be assembled. The backs of each cake half … Read more 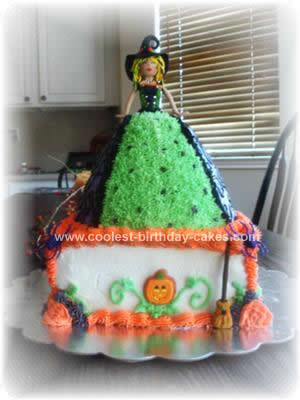 For this Sassy Witch Cake Design I sculpted the top part of the witch from clay and used the doll pan for the bottom. 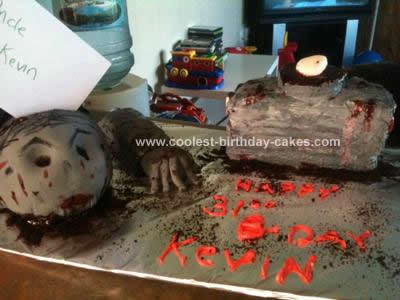 I made this Zombie Cake for my borther-in law’s 31st birthday. He wanted a zombie cake, so I gave him a decapatated zombie head cake. The head was made using a ball cake pan and covered in fondant. The features on the head were all painted on. The body was made by stacking 2 9×9 … Read more 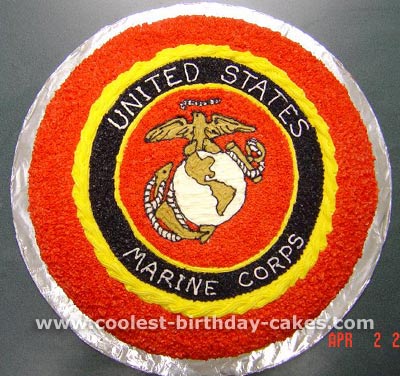 My Sunday school class was having a welcome home party for one of our friends that is in the Marines and was serving in Iraq. I thought it would be nice to have a cake with the Marines logo on it. As you see from the birthday cake picture, I took a small marines flag … Read more 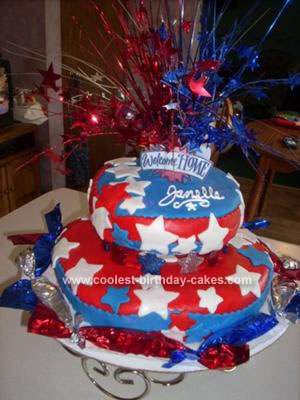 I made this 4th Of July Cake using 14″ & 10″ round cake pans, 3 balloon weights which I bought at the dollar store and took them apart and used most of the material, a dozen star picks(purchased at a cake supply store), homemade fondant(which I tinted red, white, and blue), and an under layer … Read more 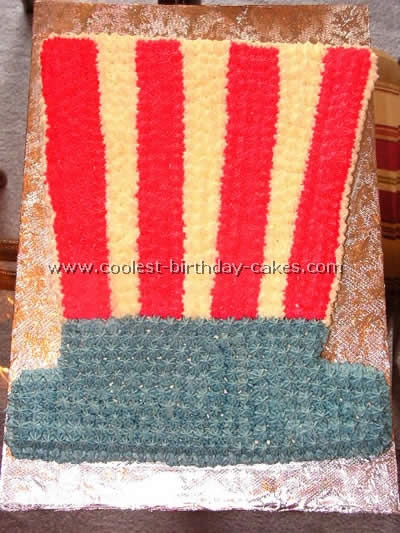 I made this for my July 4th party we had. It was a huge hit! I used buttercream frosting and chocolate cake. I used clear vanilla so my white would be a true white. My red was a Christmas red from Wilton. I got this idea for Patriotic cakes from Peggy Weaver. She explains it … Read more 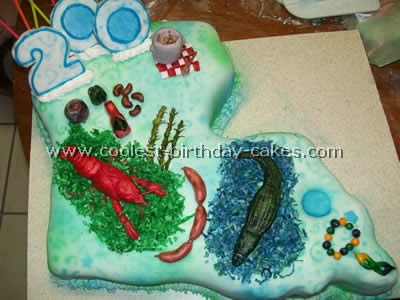 I made this special occasion cake for the bicentennial of St. John the Baptist parish in Louisiana. I baked four cakes and cut out the shape of Louisiana. Its just a basic white cake, the layers have white icing in the middle and the icing is fondant with butter cream under it. Then I used … Read more 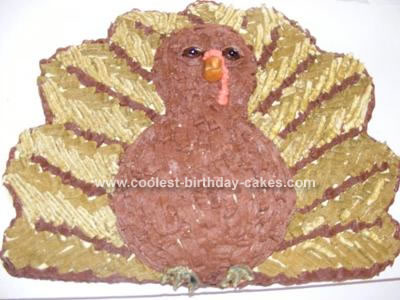 This turkey cake is my favorite recipe again – Hershey’s ultimate choc (recipe on back of cocoa box) since it holds up well to sculpting. I used a basic sheet cake pan and cut out the curves for the feathers and then used 2 different sized Pyrex bowls for the head and belly. For the … Read more 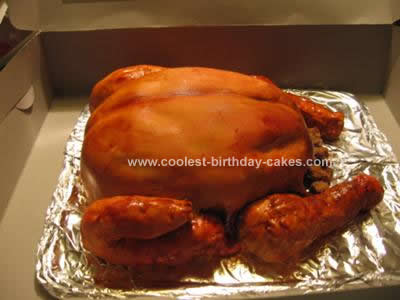 For this Thanksgiving Turkey Cake I used an eight X twelve rectangular pan for the bottom base and topped it with a cake baked in a football shaped cake pan. I used spice cake mix and cream cheese frosting. The drumsticks and wings were formed with rice krispie treats. I blended copper, brown and a … Read more 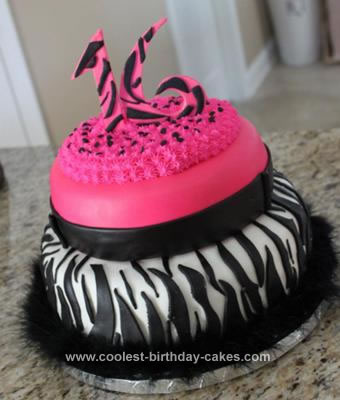 I made this Sweet 16 birthday cake for a girl turning 16. The zebra print cake was made using two ten inch pans and two eight inch pans. They were chocolate cakes with chocolate butter cream frosting. I used baking strips on my cake pans, and that makes it easier because you don’t have to … Read more 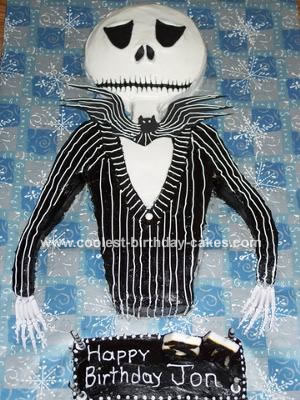 This Jack Skellington cake was easier than it looks. I baked two 9×13″ cakes and one 8″ round. I bought a huge strong piece of cardboard and covered it with Christmas paper to place the cake on. The round cake is the head. One of the 9×13″ cakes is for the torso. With a sharp … Read more