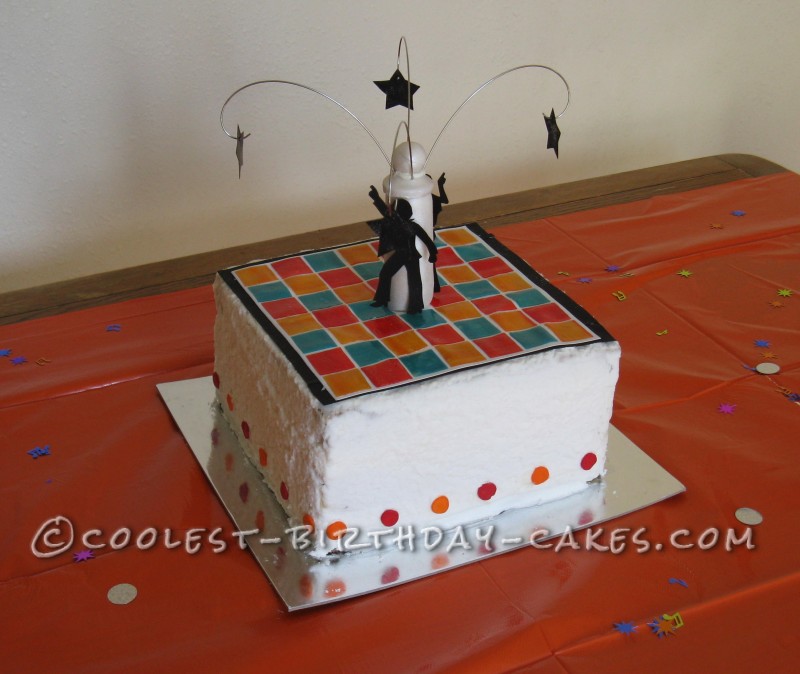 I am always trying to bite off more than I can chew when it comes to creating cakes for my children’s birthday parties.  This party was no exception!  My daughter wanted to have a disco party, so I vowed to recreate the 70’s disco club in my home and create a disco dance floor cake,  crazy enough to … Read more 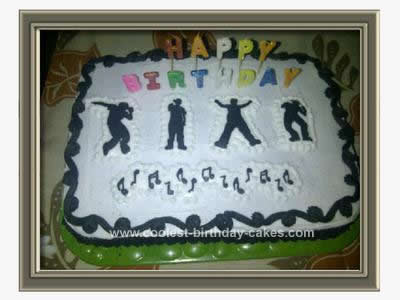 I made this dance birthday cake for my brother’s 19th birthday. He loves (especially krump) dancing so I wanted to make something more personal. It was fairly easy to make. I simply printed a few silhouette dancing images and used frozen butter cream transfer method. The cake is marble, made from Betty Crocker cake mix. … Read more 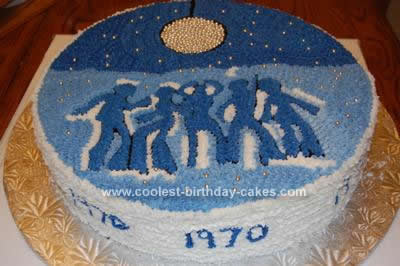 I made this 70’s Disco Cake for a friend of mine who was turning 40. When her sister asked me for some ideas, I ended up going through some clip art pictures for any ideas for either disco or the 1970’s. So I came up with this idea, a Saturday night fever/disco theme. It ended … Read more 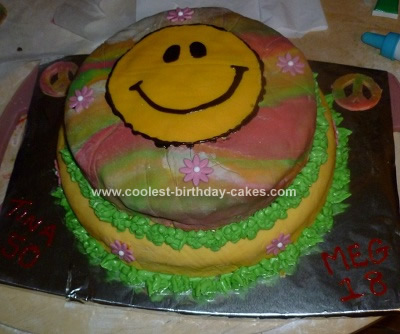 We made this 60s/70s Birthday Cake for a themed party we went to last night. The top tier is normal sponge and jam and the bottom tier is chocolate sponge with chocolate spread. Both were made from scratch rather than a mix. The tie-dye icing was made after dying some ready to roll icing various … Read more 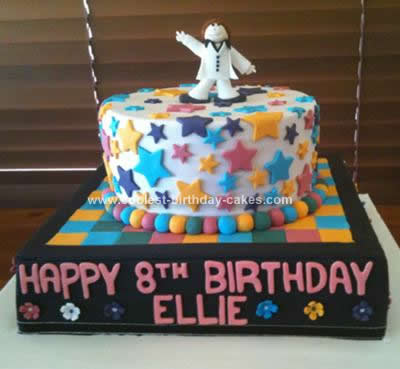 My daughter was having a disco party, and after ordering a piñata from the USA in the shape of a disco man, I was inspired to create a fondant figurine in his likeness. I then searched the internet for disco themed cakes and came up with three cakes I liked. I combined the ideas of … Read more 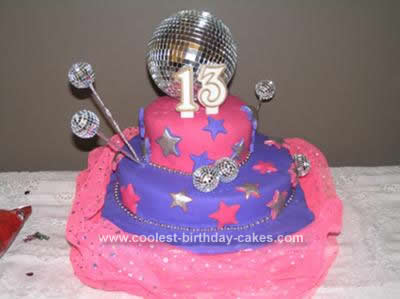 I made this Disco Birthday Cake for my niece’s 13th Disco themed birthday. I had great trouble finding ideas for the cake. In the end I took a few ideas and put them together. Apart from the disco balls – everything is edible including the glitter painted stars. 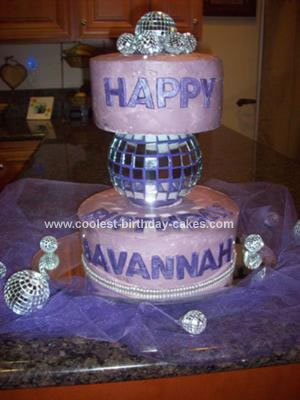 I made this Disco Birthday Cake for my daughter’s 11th Disco Birthday Party. This was my first time attempting a layered cake. For the disco ball in the middle I used a fish bowl and hot glued glass tiles to it. Make sure to have good support in the first cake to support all the … Read more 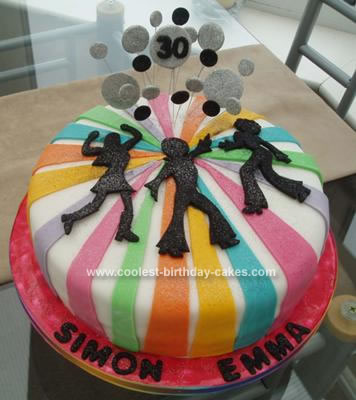 Cakes are my hobby and I usually make them as birthday presents for friends and family. This 70’s Disco cake was made for two friends’ 30th birthday celebrations, the theme of which was the 70’s. It was a normal sponge with strawberry jam and buttercream filling. I used sugar paste to make the glitter balls, … Read more