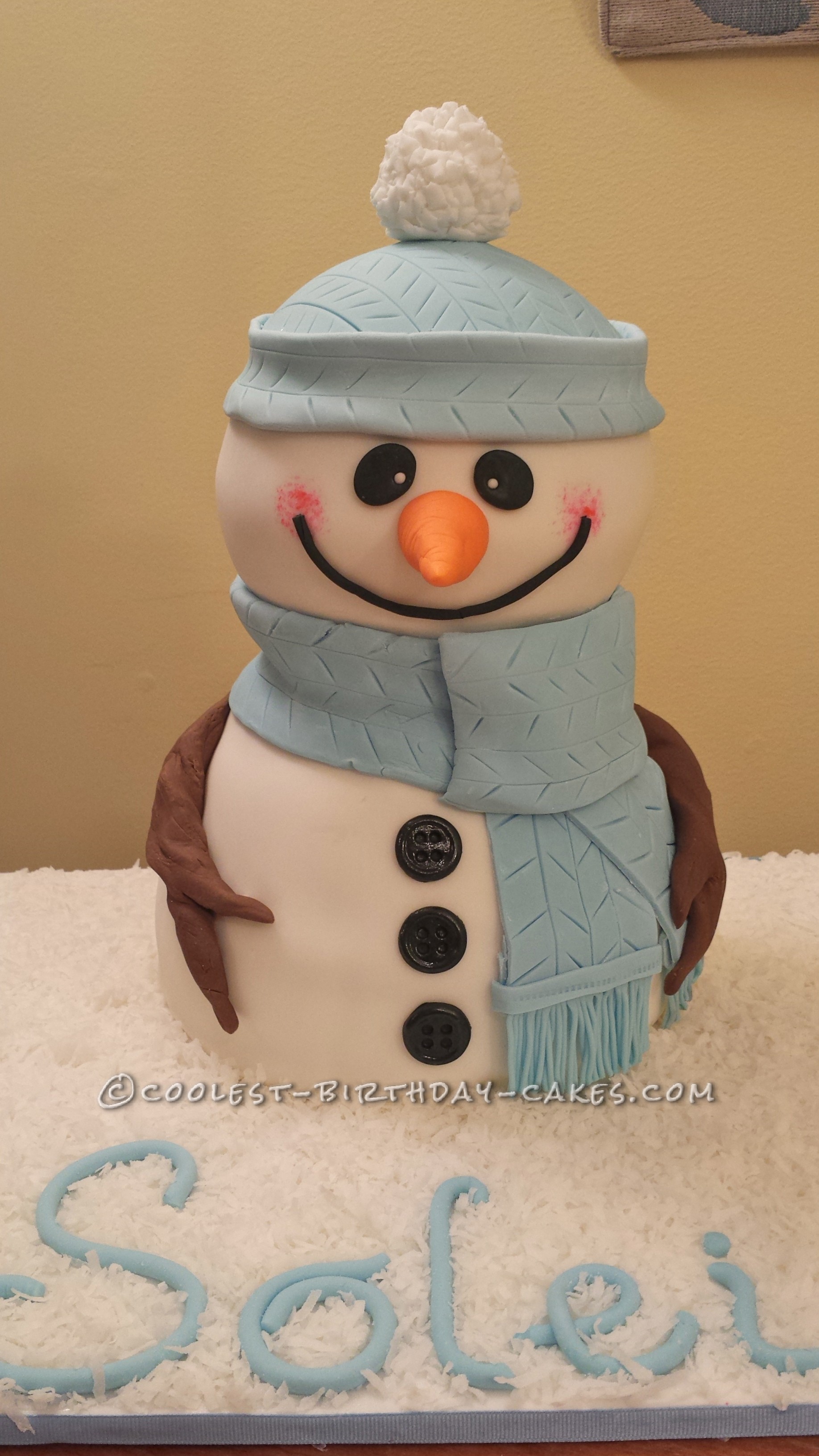 To make this snowman cake, I used the Wilton sports ball pan for the head and the doll pan plus a regular 8-inch round pan for the body.

To start, I covered the cake board with white fondant and coconut shavings.

To make the body, I stacked the doll cake on top of two layers of an eight-inch round cake and covered it with white fondant. I added three dowels to the center to help support the weight of the head.

Next, I used the ball pan to create the head. I cut off a little bit of the bottom of the head so that it would sit flat, then I cut a small, circular piece of cardboard for the base of the head. I covered the head (including the cardboard) with white fondant and stacked it on top of the body. Then I put a dowel down through the head and the body for support. I left the dowel sticking about two inches out of the head.

I cut a long strip of fondant to make the scarf. I used a sharp knife to make the marks, and then I wrapped it around, securing it with a mixture of piping gel and water. To make the fringes, I used a clay extruder.

For the hat, I cut a large circle of fondant and used a sharp knife to make the knit-like marks. Then I secured it to the top of the head with piping gel/water. I cut another strip to go around the edge of the hat. For the pompom, I balled up a piece of white fondant, and stuck it onto the portion of the dowel that was exposed. Then I used a small pair of scissors to make little cuts until the pompom looked fluffy.

I used black fondant for the eyes, mouth, and buttons. The eyes were two balls of fondant that I pressed out to be oval shaped, and then I added a small ball of white to each eye. For the mouth, I rolled a piece of black fondant into a long line and then attached it with piping gel/water. For the buttons, I used a Wilton mold and brushed them with piping gel/water to make them shiny.

For the nose, I used orange fondant and attached it by pushing a bamboo skewer through the nose and head (poor Frosty!). I used a sharp knife to make carrot-like markings on the nose.

I used a mixture of rose-colored food coloring and lemon extract for the cheeks, and applied it with a sponge (don’t worry; it wasn’t a nasty, dirty kitchen sponge… yuck!).

I twisted brown/chocolate fondant to create the arms, and then I attached them with piping gel/water.

Lastly, I added a few snowball cupcakes (vanilla with vanilla frosting and coconut shavings on top), but the pre-made snowball cakes that come in packages at convenience stores (and have a shelf life of about 30,000 years) probably would have looked better.

I wasn’t able to stay for the party, but rumor has it that there was a fight for the carrot nose! 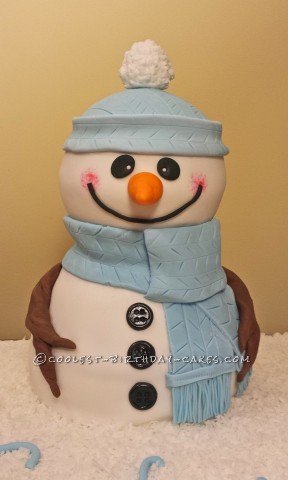 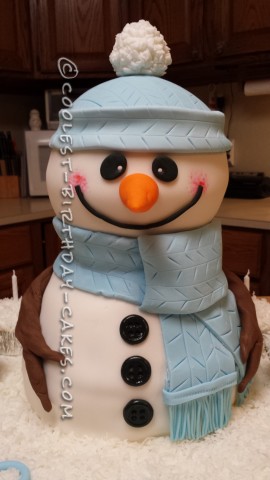 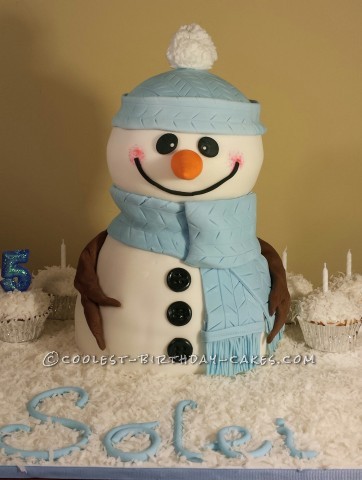