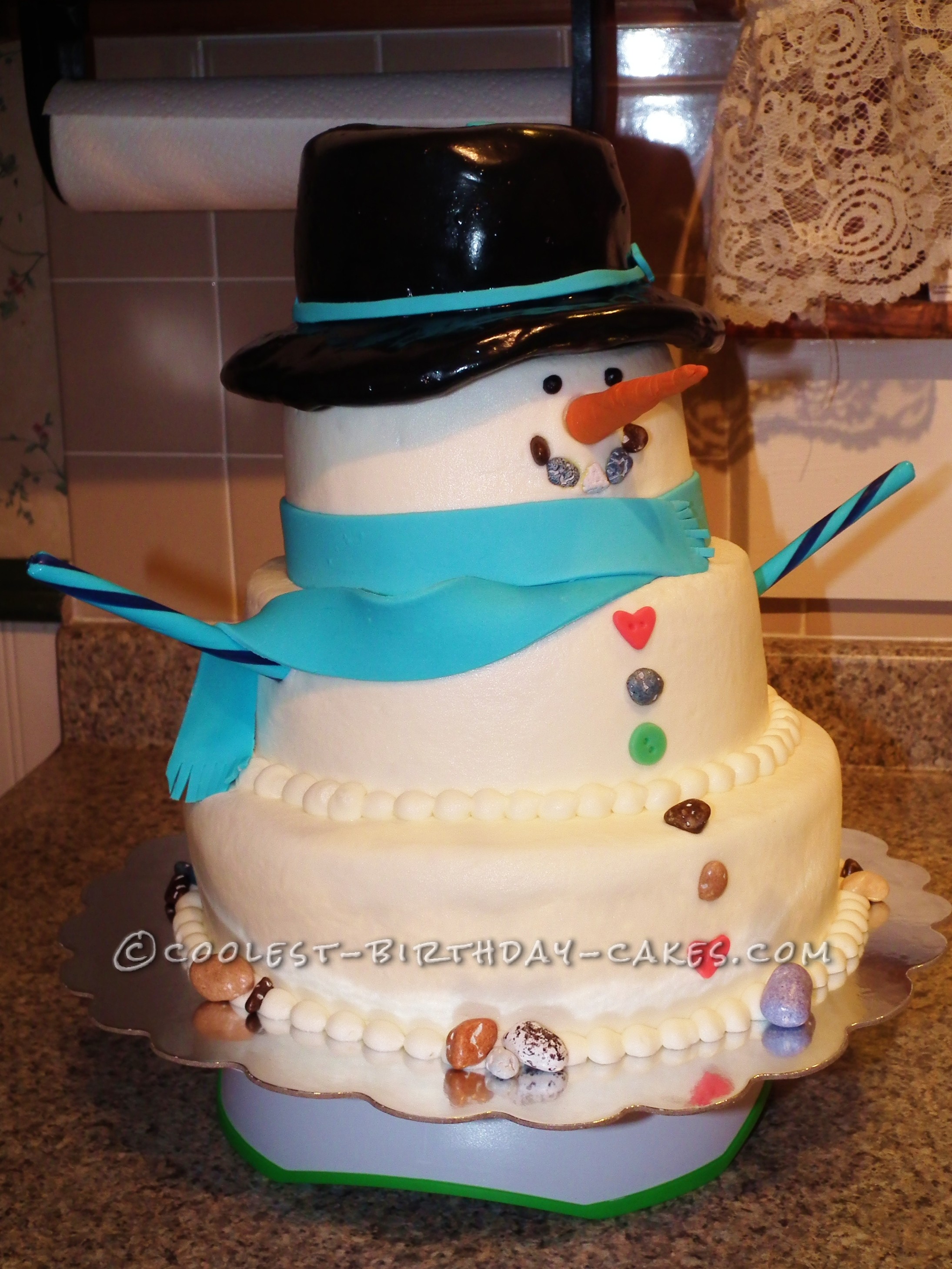 One of my favorite parts about living in a place where we have loads of snow are the snowmen! Our family loves to build snowmen every year. The only problem, we can’t bring them inside with us!

Our solution, make a snowman cake! To start this snowman cake, I baked three tiers: a 12″ round, a 10″ round and an 8″ round. I layered the cakes with butter cream frosting and added cake boards between the tiers. I used wooden skewers as supports between the cake boards. I covered all three tiers with white butter cream frosting. I smoothed the frosting with a paper towel and a fondant smoother. Then I worked on creating my snowman hat. I made a hat shape using crispie treat mixture. I let it harden in the refrigerator. Then, I covered the hat shape with butter cream to be the glue for the fondant. I made marshmallow fondant and rolled it out. I covered the crisped rice hat with the fondant and created the rim of the hat. I used an airbrush to add the black color to the hat.

While I waited for the hat to set, I rolled out more homemade marshmallow fondant to make buttons. I added food coloring to get different colors. I used small fondant cutters to create heart and circle shapes. I used a toothpick to make holes in the hearts and circles so they would look like buttons. I made the carrot nose out of gum paste  Once I got the shape I wanted, I added lines with a knife to make the carrot look more realistic. I added a small straw to the end of the carrot. I wanted to use the straw as an anchor into the cake.

I made a scarf and ribbon for the hat out of marshmallow fondant that I made a light blue to match the candy canes that would become the snowman arms. Once I was ready to put the final touches on the snowman, it went quickly. I used a skewer to attach the hat onto the cake. The candy cane arms and carrot nose worked perfectly! I used chocolate rocks for the snowman mouth and for a few of the buttons. The other buttons were the fondant buttons. I added a few more chocolate rocks around the base of the snowman to tie it all together.

If I were to do this cake again, I would bake a small cake to use as the hat base. The crisped rice/marshmallow base worked, but I think it would’ve been easier just covering cake. This has been one of my favorite cakes! 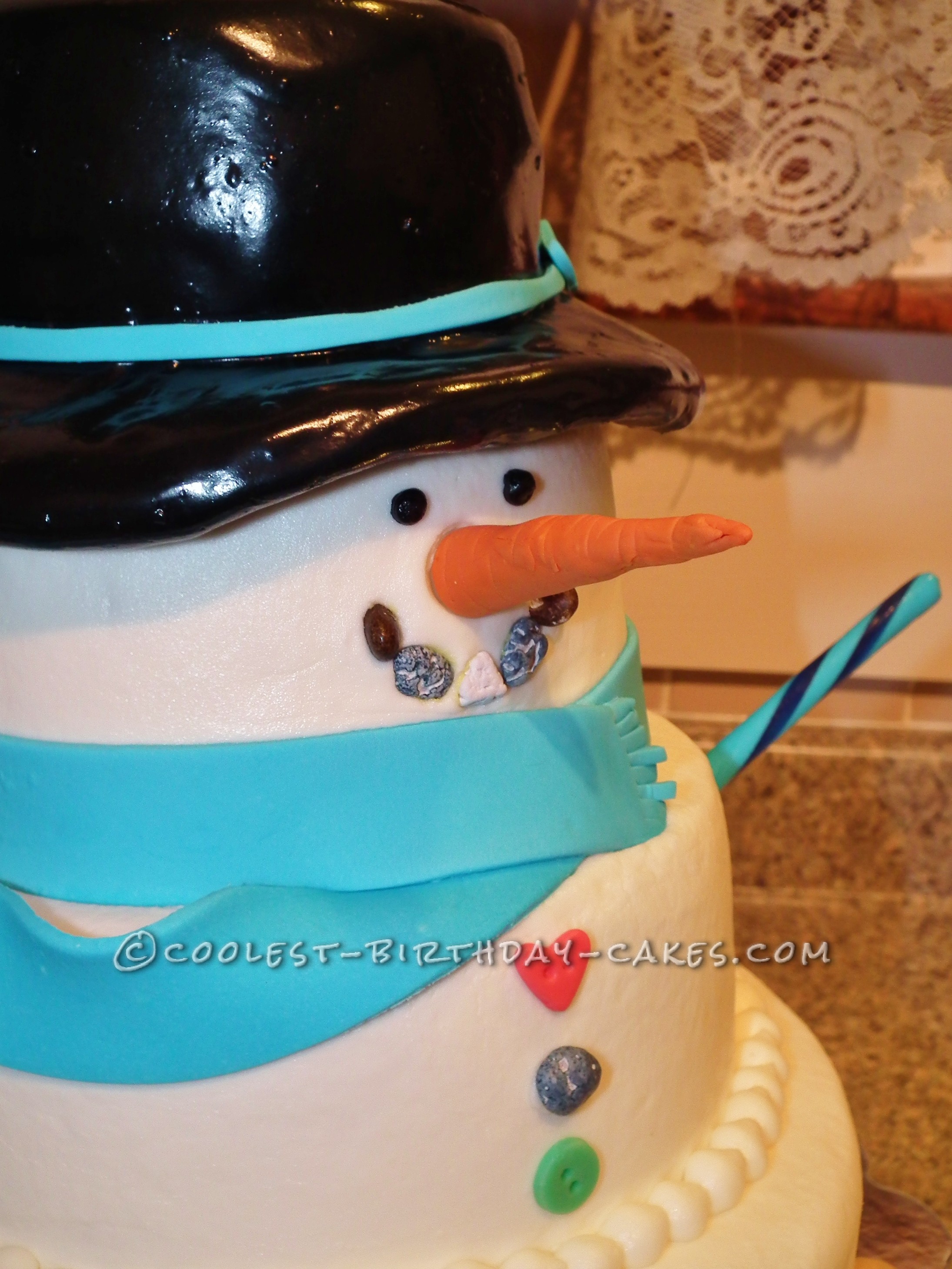