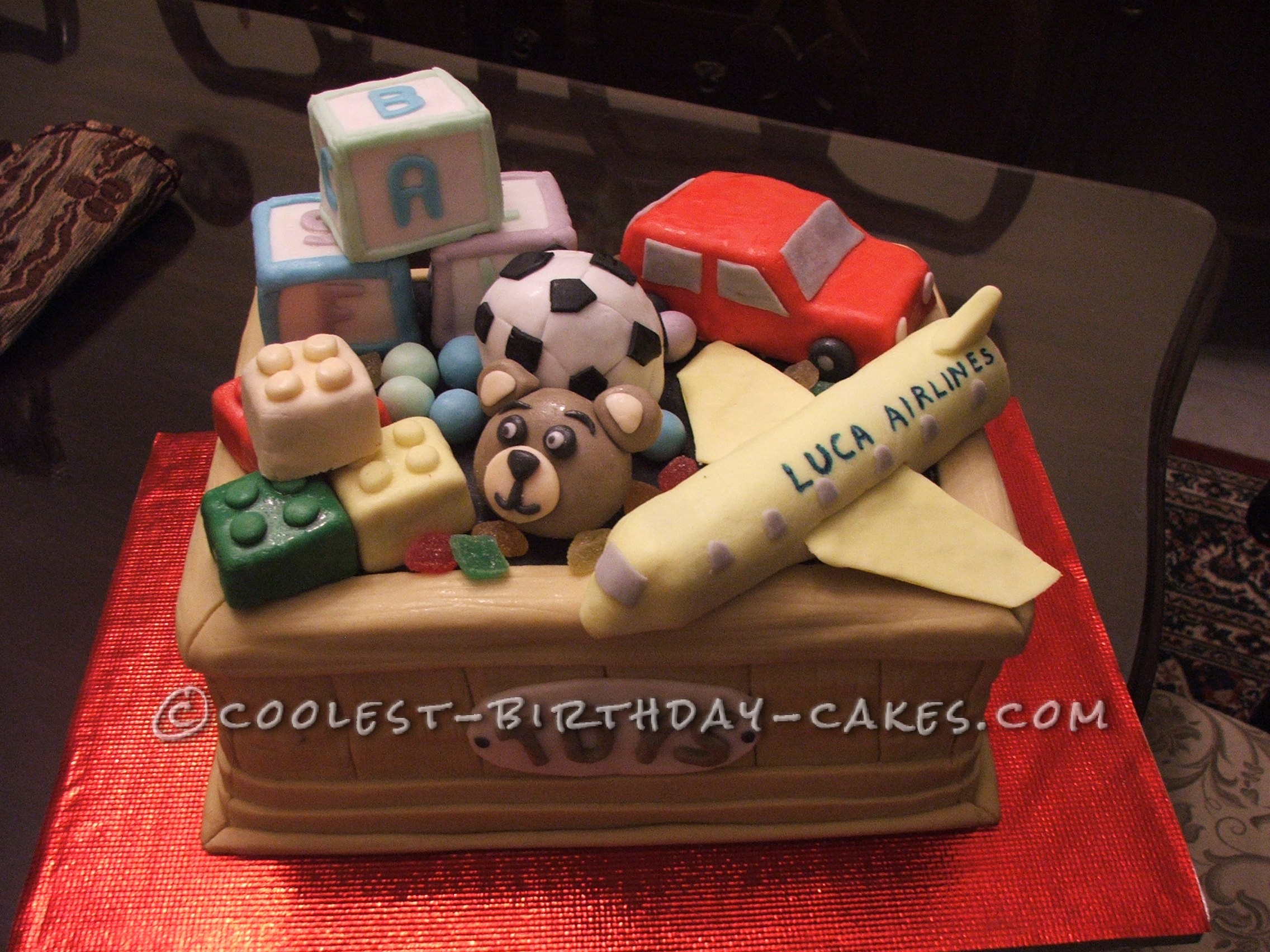 I wanted to make a cake for the son of my friend who was turning 2. The boy’s name is Luca and he is such a sweet boy. I went to their home to discuss the cake with his mother but she couldn’t choose one. In the meantime I noticed that Luca was playing with a small red car and at one point he went near a wooden box filled with more toys, he put the red car in it and grabbed a small aeroplane. His mother told me that the wooden box contained his favorite toys so I had the idea to make a cake in the shape of that small wooden box.

I baked 2 rectangular shaped chocolate cakes which I put one over the other and filled with chocolate butter cream.  I rolled some fondant into a sausage and placed it all around the top edge of the cake. I dirty iced the cakes and covered everything in light brown fondant. With a ruler I made some vertical indentations at regular intervals and then with the back of a knife I scratched the fondant to create the wood grains. I cut a long strip of fondant and wrapped it around the base of the box and another strip also around the base of the cake bot on the board to create lower edging of the box.

When the box was ready I took a piece of Madeira cake and shaped it in a small car which I covered in red fondant. I shaped another piece of cake into a sausage, covered it in yellow fondant, cut some pieces of modelling paste in the shape of aeroplane wings and placed them on both sides of the aeroplane. I formed a small ball out of cake and covered it in white fondant to create a football. With some more cake I cut some cubes to make some blocks. With some brown fondant I made a small teddy bear face. I placed all the toys onto the cake and threw also some candy to fill the gaps. I wanted to write the name Luca on the box but then I had the idea to write ‘TOYS’ instead and placed the name of the birthday boy ‘LUCA’ on the aeroplane and therefore I wrote ‘Luca’s airlines’.

The cake was a hit and Luca simply loved it.