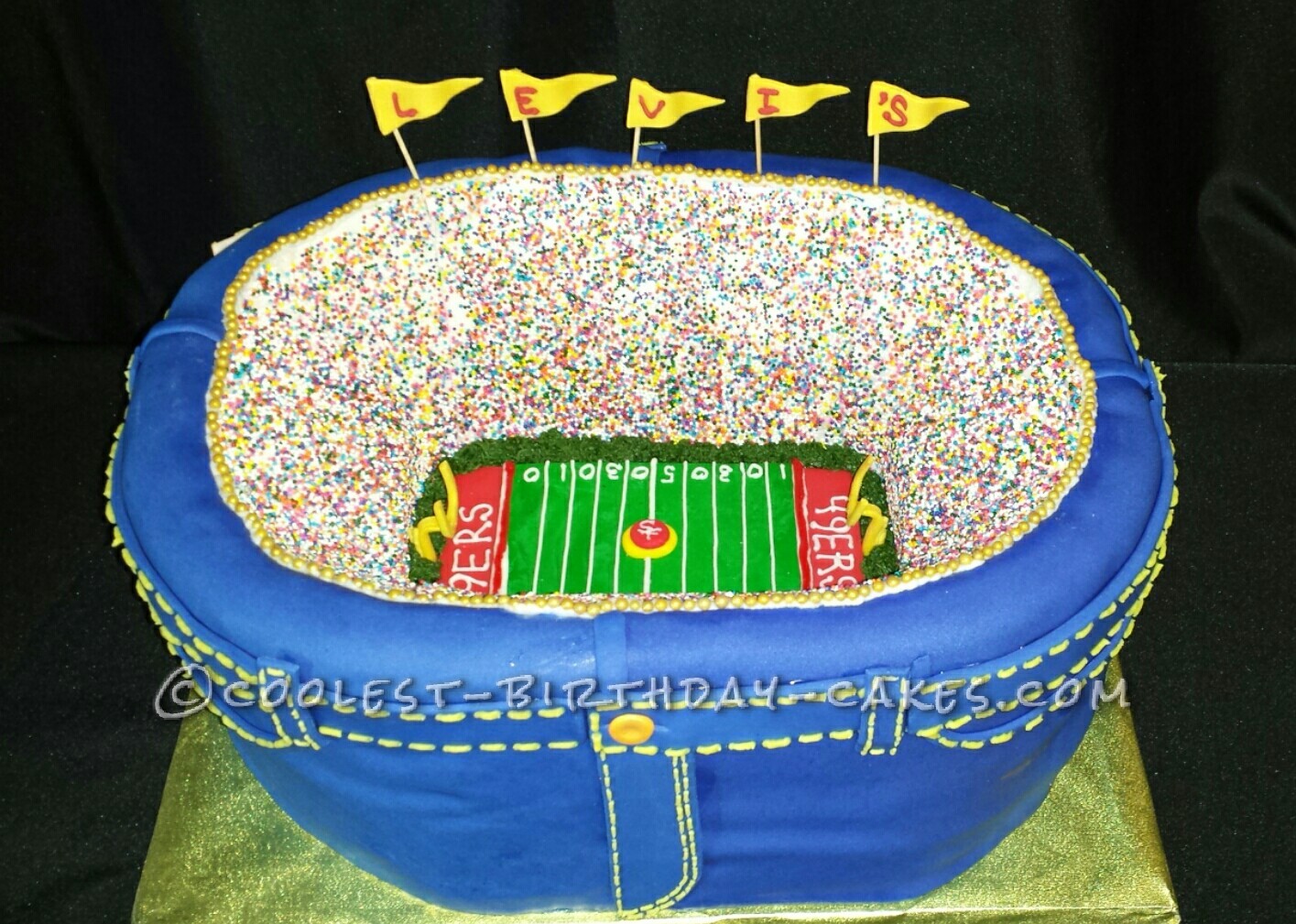 For over 3 years now, I’ve been a volunteer baker with a wonderful National Charity called Cake4kids, which bakes birthday cakes for Foster Children; most of whom have never had a birthday cake.

Every September, our chapter holds a cake competition fund raiser for about 300 cake tasters with local judges; including a Pastry Chef instructor from the International Culinary Center which has a satellite school near by.
This year was my 3rd time entering in the Best Decorated category. “Three time’s a charm”, right? Due to chronic tendonitis in both wrists, I’m not able to create the popular elaborate, realistic cakes made with fondant which usually wins 1st place. So, I’ve never won, but I continue to enter at the request of the charity to draw tasters to donate and attend. The first year of the competition raised enough money to buy refrigerators for transitional housing recently built for foster teens aging out of the system!

I live in the Silicon Valley/South SF Bay Area. The biggest local newsworthy event of the year is the completion of the $1.5 Billion Levi’s Stadium; new home of the SF 49ers. I watched it being built since I live down the street. The cake competition on September 13th was being held the night before the 1st 49ers season opener home game. So, at my partner’s suggestion , I decided to try to create my first stadium cake.

However, I wondered why it was named Levi’s Stadium; like the famous Levi’s 501 jeans. And then, lightning struck! I decided to create MY version of Levi’s Stadium and voila! The “you tube” link below shows what I did and what happened. The music and editing was done by my loving partner BF Eric Bolvin; a professional jazz musician.

I used Eric’s 501 jeans as a model. When I discovered Wilton just released a brand new softer fondant, I decided to risk aggravating my wrist tendonitis to use it for the jeans. Eric later told me that one of the cake contestants told him she only uses the “best fondant”; not the cheap Wilton fondant!

A 100 yr old recipe for a simple dump cake still makes a great tasting yellow cake that can be carved into shapes after frozen. Leftover cake was used to make cake pops and judges’ cake. I loved using the new softer, pliable Wilton fondant for the outside jeans. The crowd is made of sprinkles attached to rice paper with piping gel. The rice paper was later cut to fit inside the stadium. Royal icing was used to make the yard lines on the field . Fondant flags, goal posts and football field which is placed on top of graham crackers. Butter cream icing is used for filling and stitching.

The response at the competition which included replicas of Minions from “Despicable Me” and characters from “Frozen” was wonderful. One 49ers season ticket holder wanted to eat her section of the stadium. Due to license fees, season ticket holders paid $10,000 per seat at the Levi Stadium. Another taster who couldn’t afford a 49er season ticket, asked to taste the cake since it was the only way he could afford to “experience” the Levi’s stadium. Another taster was Chinese. She asked to take a picture of the cake with her cell phone. At the end of the night, she told me shared the picture with the social media network in China. She said “You now have lots of friends in China!” Other tasters had friends or family members who worked with the 49ers or Levi stadium. So, they took pictures to share with them.

The smiles and laughs of the tasters who came to see my cake was worth the 3 weeks it took to create the cake. And, when I won 1st place, the cheers from the tasters was overwhelming! 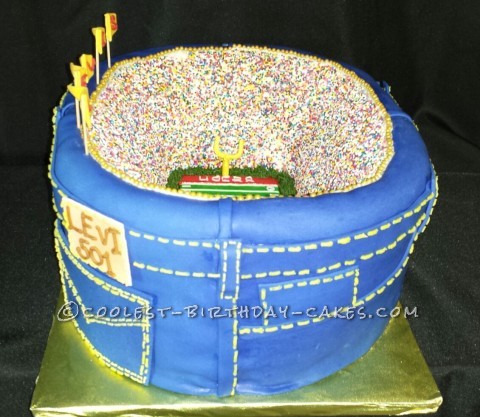 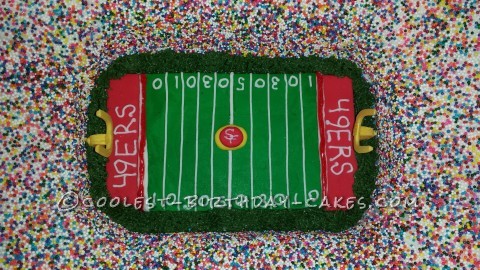 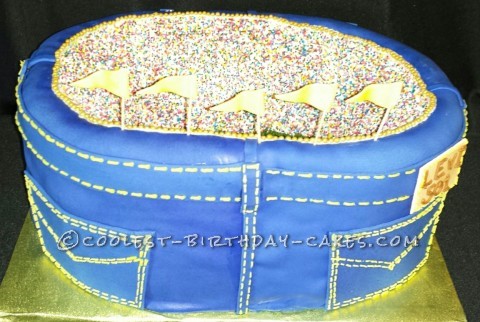 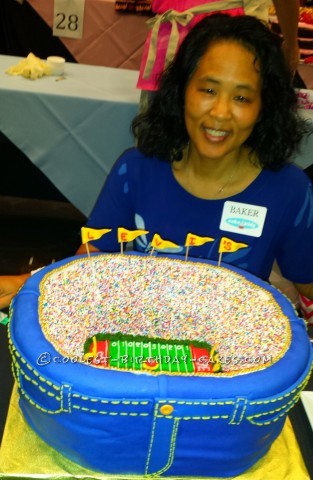 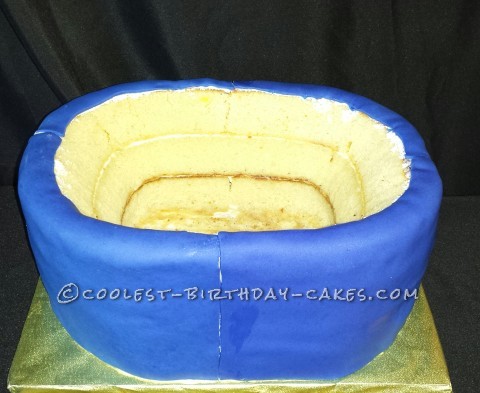 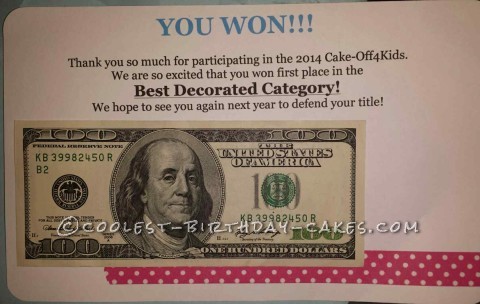