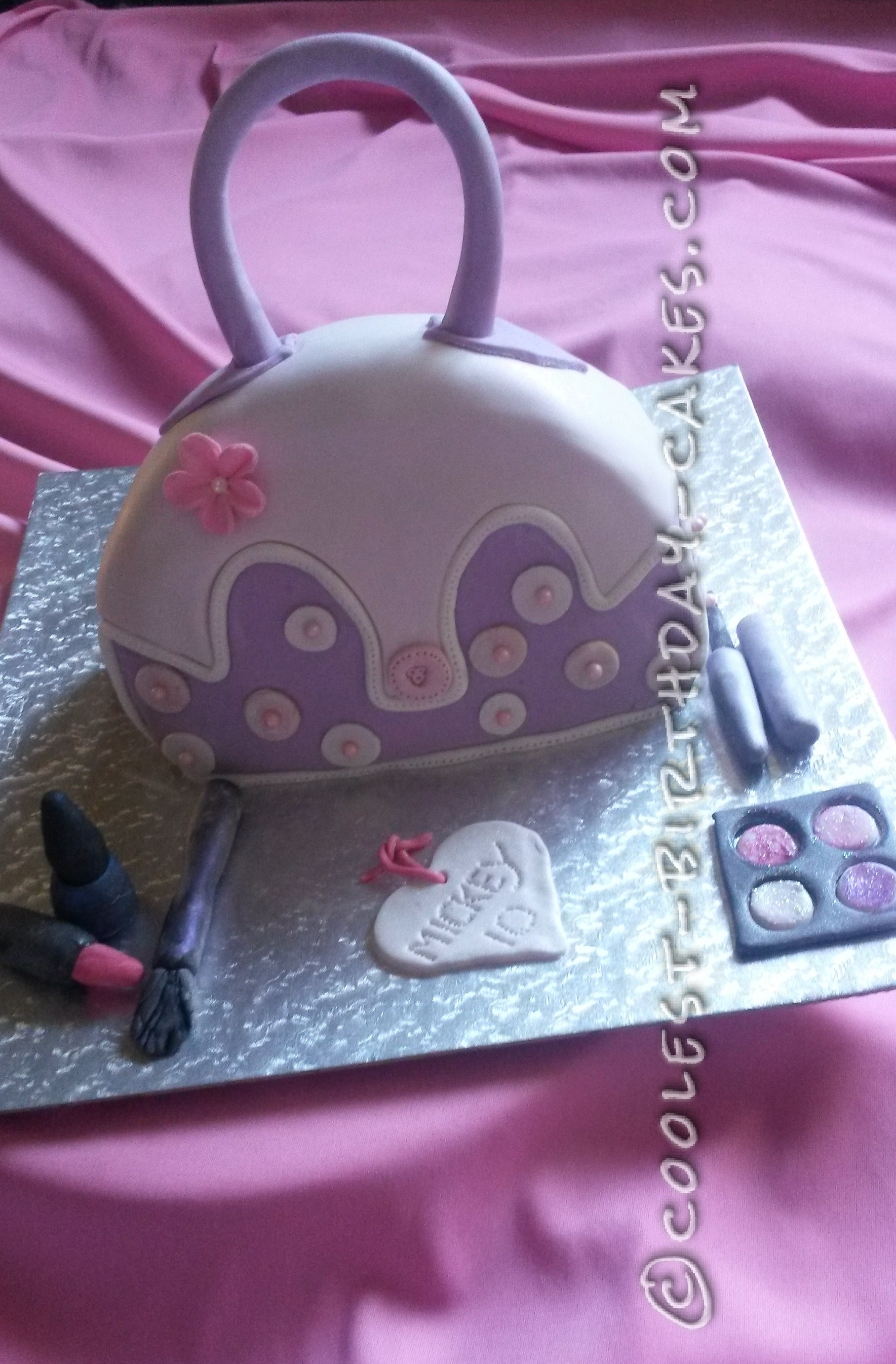 I was so nervous, but so excited about making this handbag birthday cake.  I started the cake a week before so the detail could dry. I had promised my daughter that I would make her a handbag cake with makeup and had no idea how I was going to pull it off.

I made 2 X round chocolate sponge cakes, size 6, as I only had 6 girls coming for the party. I placed them on top of one another with a chocolate ganache in the middle. The ganache was made and then placed in the fridge for 30 minutes before I started using it to ice the cake.

I then cut off the top of the cake on one side, so the cake could stand upright and cut the other end on both sides at a slant to give it a purse effect.

The cake was covered with a first layer of ganache and then placed in the fridge for 15 minutes to set. Then, I added another layer of ganache and back in the fridge it went for another 15 minutes to set. Next, I cut off all the untidy bits. Once the chocolate sets it’s easy to work with. It gives a smooth finish when you work with a flat knife and warm water and the plastic icing sticks and it comes out smoother than with butter icing.

Then the nerves kicked in…. How was I going to pull this off?

By this stage my daughter couldn’t see it and was looking very worried, in case her friends wouldn’t think it was cool.

I rolled out my main color of plastic icing which was a light purple, and big enough to feel confident it would cover the strip at the top of the cake only. I then drew a circle from the pan I baked with on grease proof paper, cut out and traced around the plastic icing twice to do the sides, and then used water to stick the sides together.

The top of the cake had to be a purse design so I used white for this, cut a strip, and then traced two half circles and stuck this on top.

Next, I decorated with flowers, silver balls, polka dots, and a button for the opening.

My dried handle was shaped with wire and then two cut straws were pushed through, which made a mess so I just made strap pieces to cover.

The makeup was easy to make and the kids all loved the party. My daughter did not want to cut the cake as it was too sad.

I loved making this cake. It was a challenge, but a lot of fun.

The funniest moment was when my cake was in the sun and the handle fell off and broke so I had to a quick DIY fix before the girls got there… It was a success though. 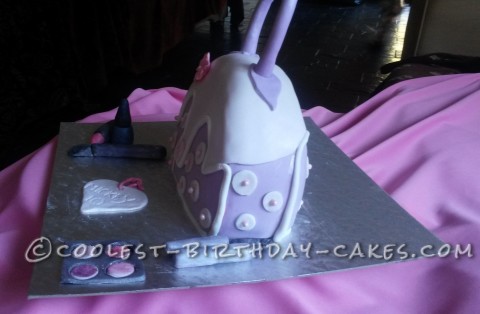 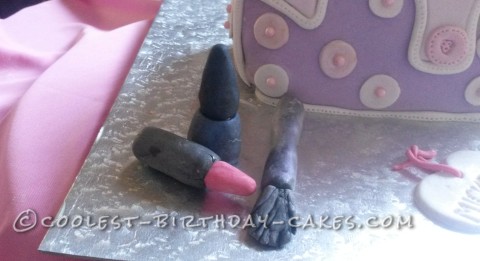 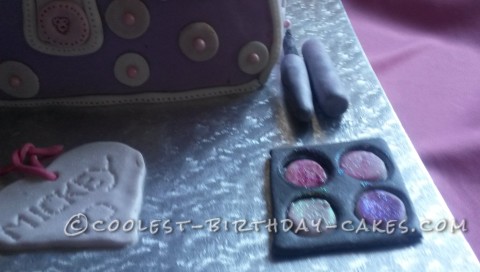 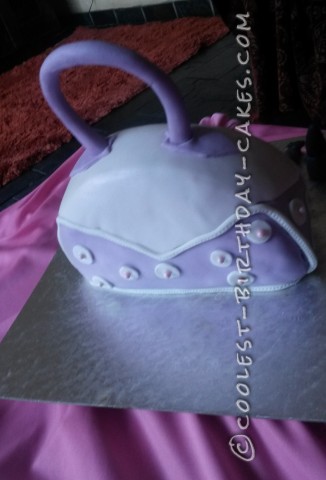