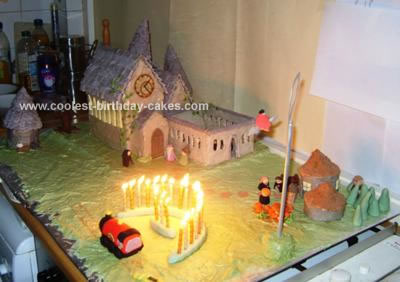 This Hogwarts Birthday Cake was made for my boyfriend’s 21st birthday. He made a joke saying I should make a Harry Potter cake and I took him seriously and came up with this.

This Hogwarts cake has a grand hall and some towers, a courtyard (cardboard not cake), an owlery with owls, Hagrids hut, a flying quidditch player and lots of the main characters including Harry, Hermione, Ron, Hagrid, Prof Dumbledore etc.

The cake is made from sponge although the cone shaped roofs are cardboard covered in foil then iced because cake roofs were too heavy and made the towers collapse.

The cake is covered with butter icing and the roof tiles, characters and so on are fondant icing. I used some green dusting powder to make the ivy leaves look more interesting and to make the roof tiles look older like they had moss on. The characters were made in advance because I decided it didn’t matter if they dried out because we weren’t going to eat them.

The pumpkins over by Hagrids hut are made from coloured marzipan. 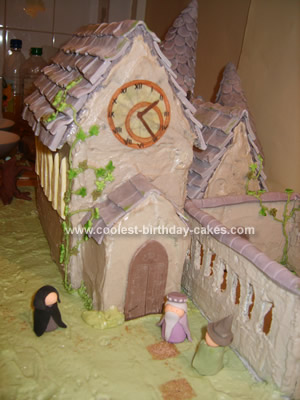 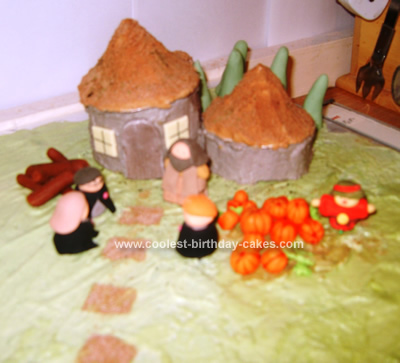 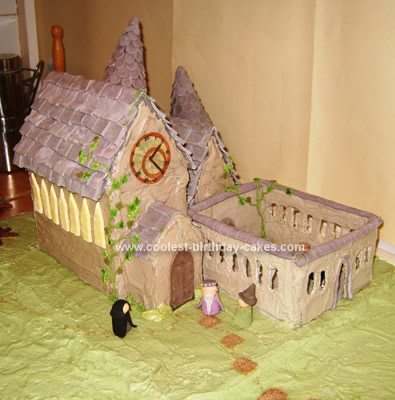