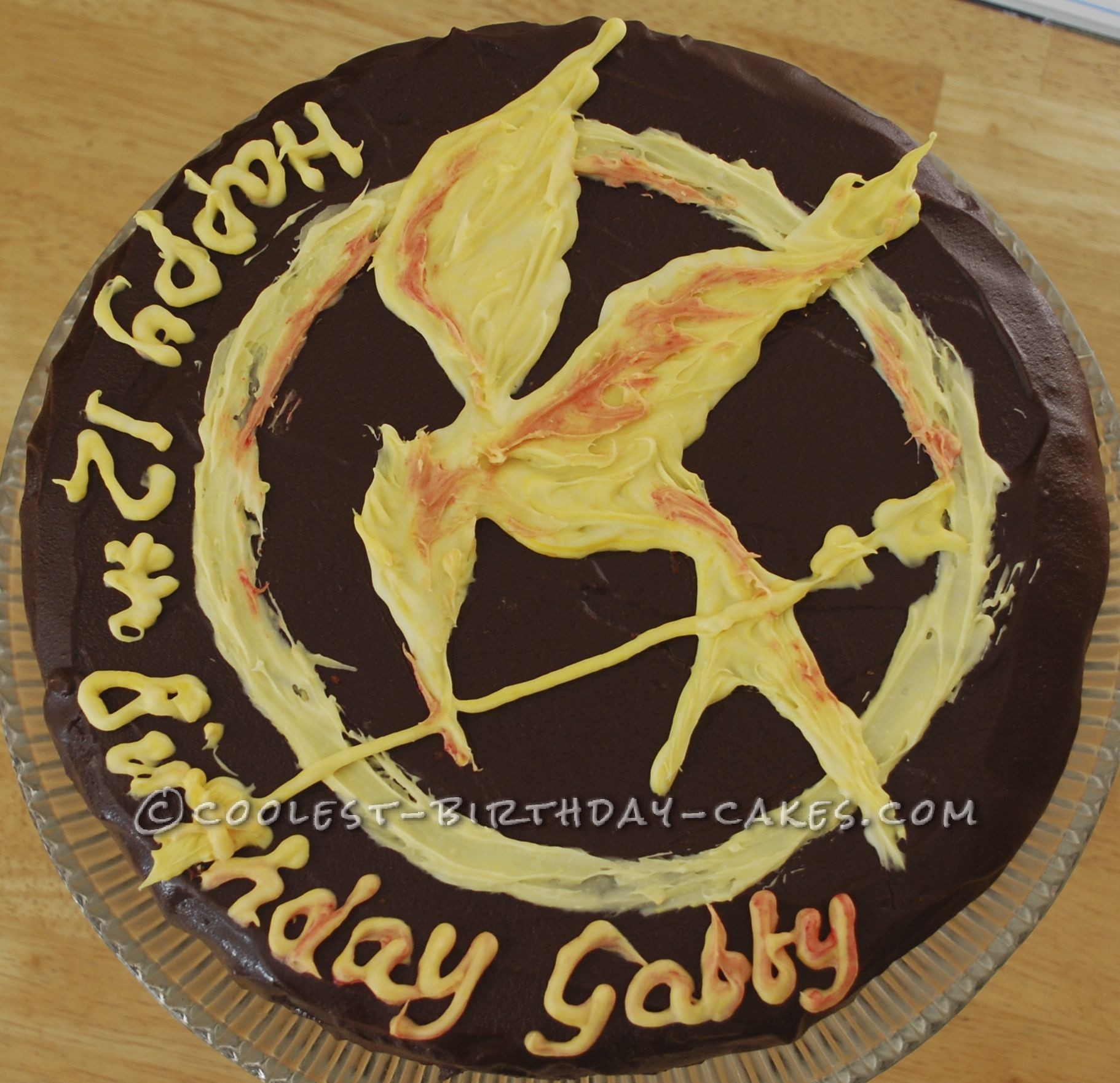 My daughter’s friends decided to throw her a surprise birthday party, as I wasn’t going to give her a party this year (I think children shouldn’t expect a birthday party every year by the time they are 12). My daughter loves The Hunger Games books, so the girls had borrowed toy weapons from their brothers, surprised my daughter in a local park (she thought she was going for a picnic with one girl) and played in the native New Zealand bush on the perimeter for an hour.

I made a cake for them to eat at their shared lunch afterwards.  My daughter had seen me make the chocolate cake the night before but not decorate it.  Decorating was simple and quick (as I didn’t want her to see me do it).  I made chocolate icing by melting equal amounts (about 4 ounces or 115g each) of chocolate buttons and butter and thickening the liquidy result with enough confectioner’s (icing) sugar to make it spreadable.  I put the cake with the chocolate icing on it into the refrigerator, then I printed off the Hunger Games logo from a website and sketched this with a toothpick onto the chocolate cake.  Then I melted about 1/2 cup white chocolate chips in the microwave, added some yellow food coloring and piped that on with an icing syringe.  Topped with 12 sparkler candles, it really was a cake on fire!