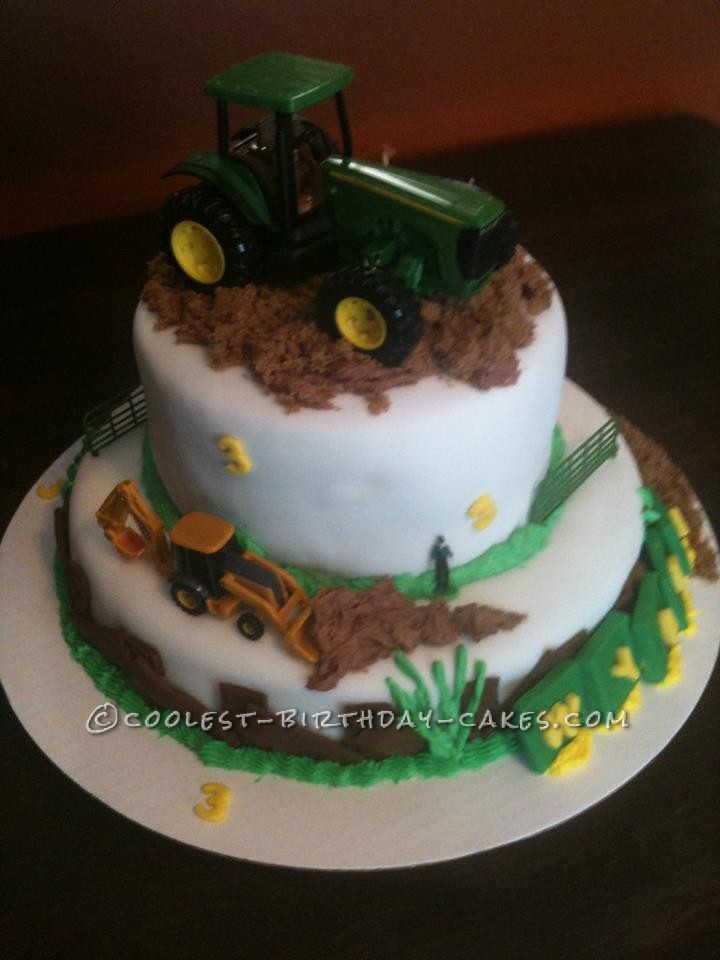 Wyatt is my girls’ half brother. What a cutie he is! I claim him, even though he’s my ex’s child. Ironically he calls me his “Aunt Mimi”. Yes, it’s weird, but it’s good.

His 2nd birthday was a reason for me to finally try cake decorating. It was my first cake, and I was a nervous wreck because there were going to be 40+ people at this party, and some of them I didn’t know. Little man is a big ole John Deere fan; we’re from the south after all. I definitely wasn’t even considering trying to make tractors out of gum paste; I’d be doing great just to keep the fondant intact.

I found a recipe for homemade marshmallow fondant and quickly decided this was the route to go. It was fantastic, and so much tastier than the stuff in the box. I have found though, over the last 3 years of cake decorating, that MM fondant is very finicky, depending on the temperature and humidity level.

Brown sugar and brown icing made dirt, and pretzels made logs. A little creativity and it turned out pretty good for my first cake! 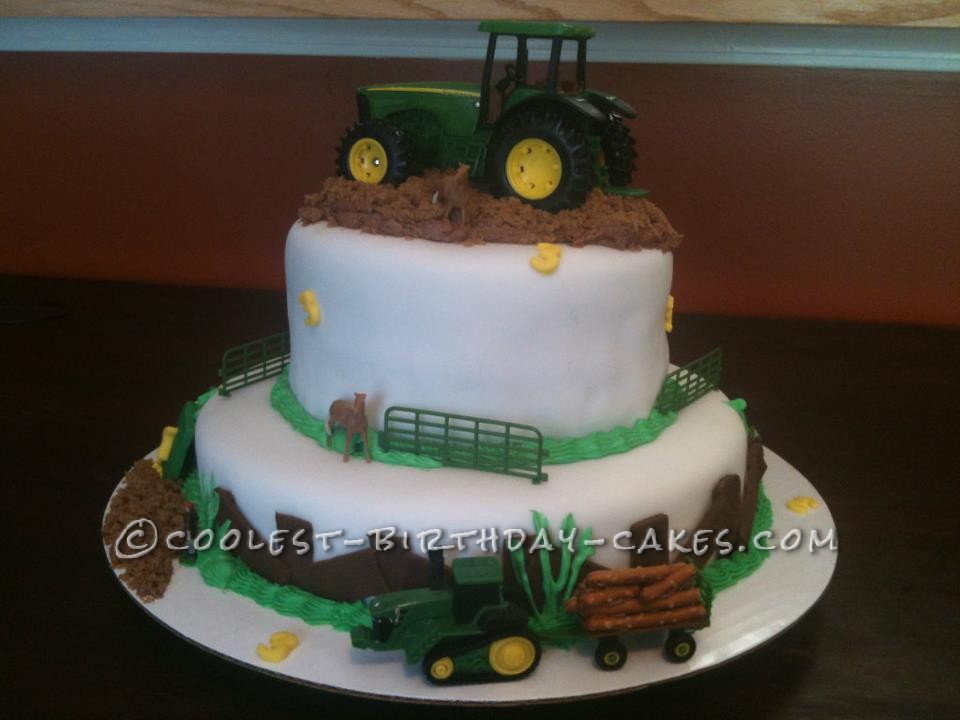 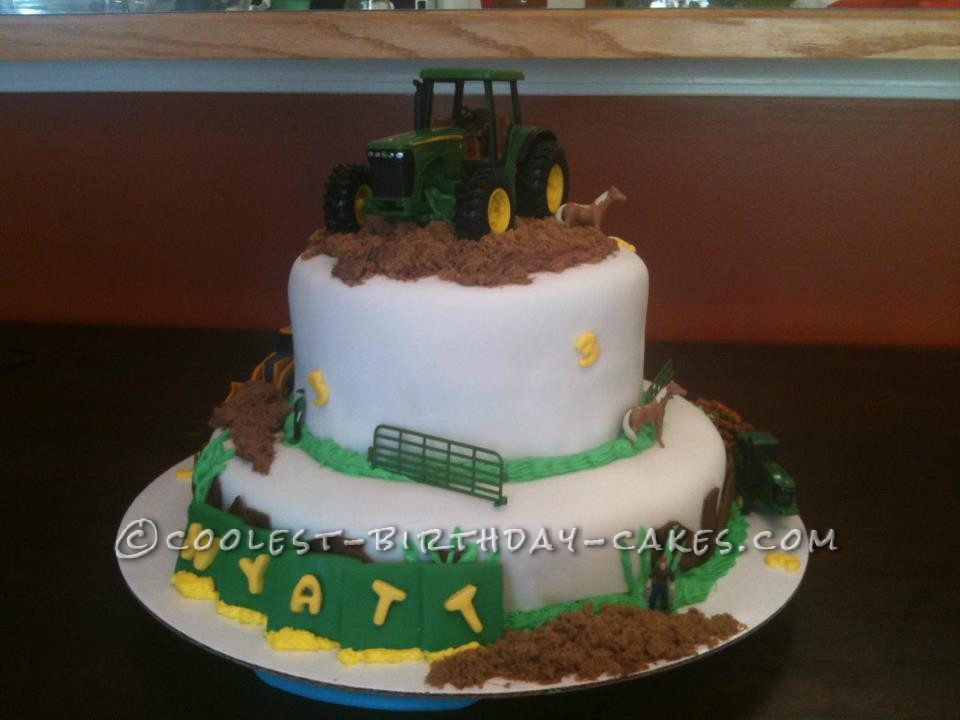 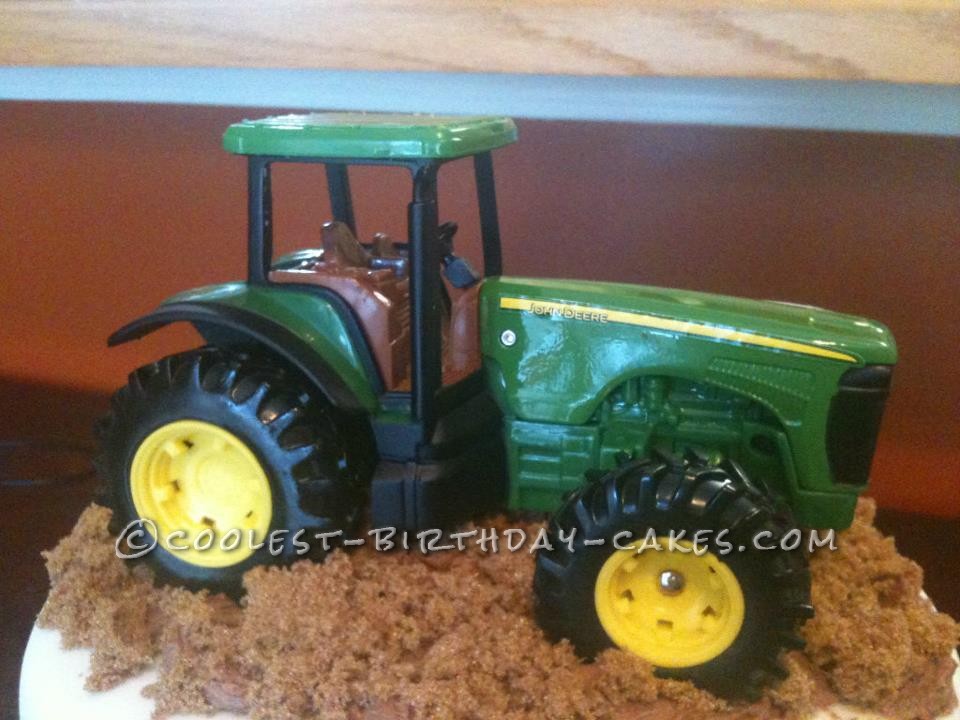 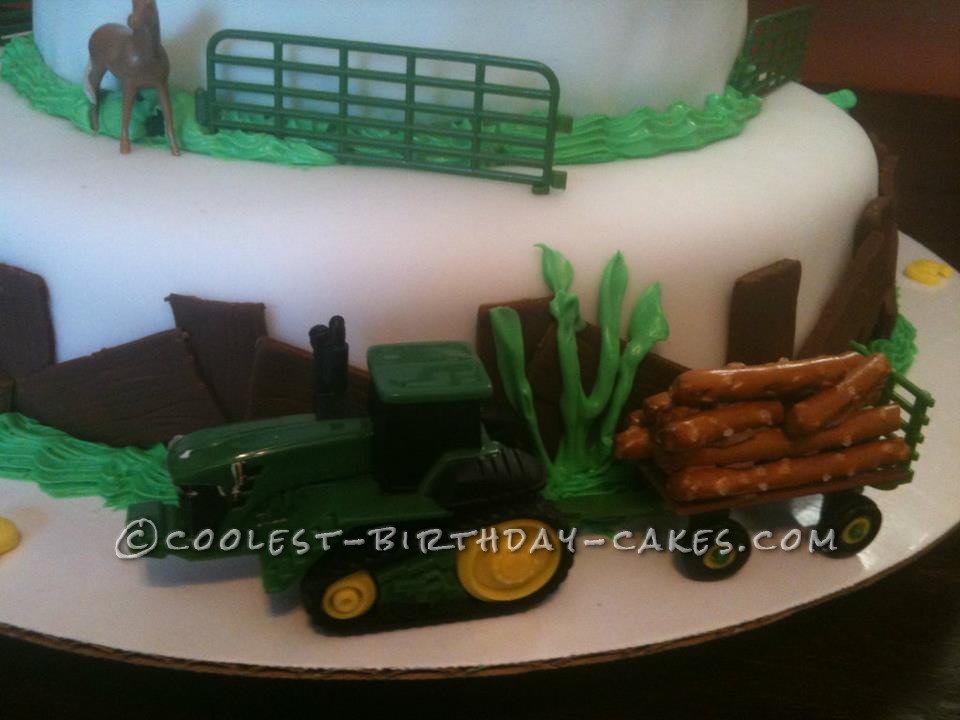 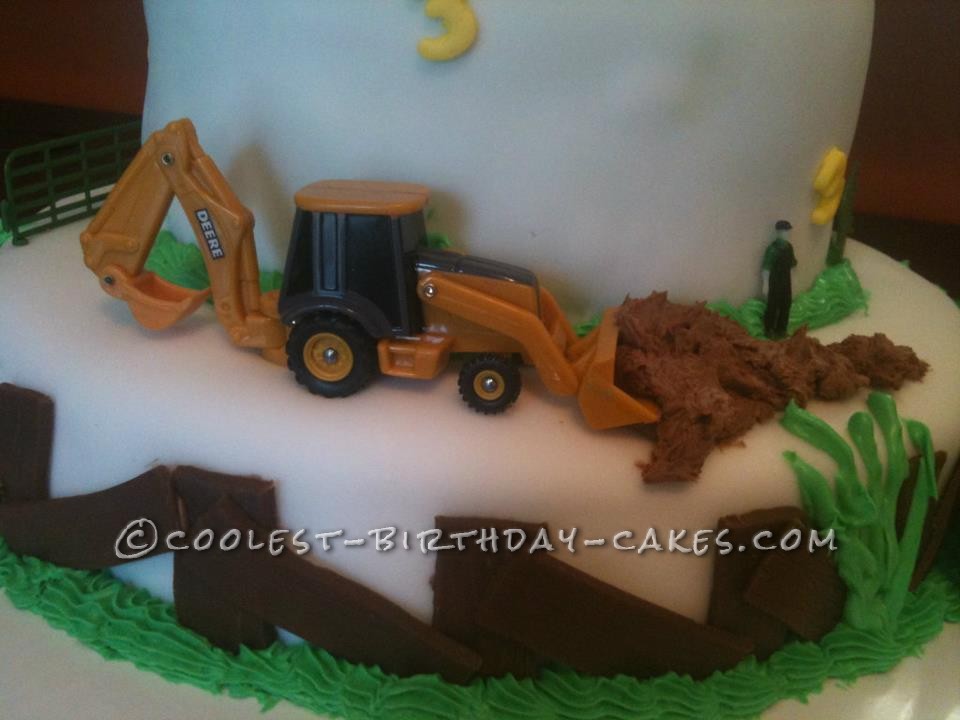 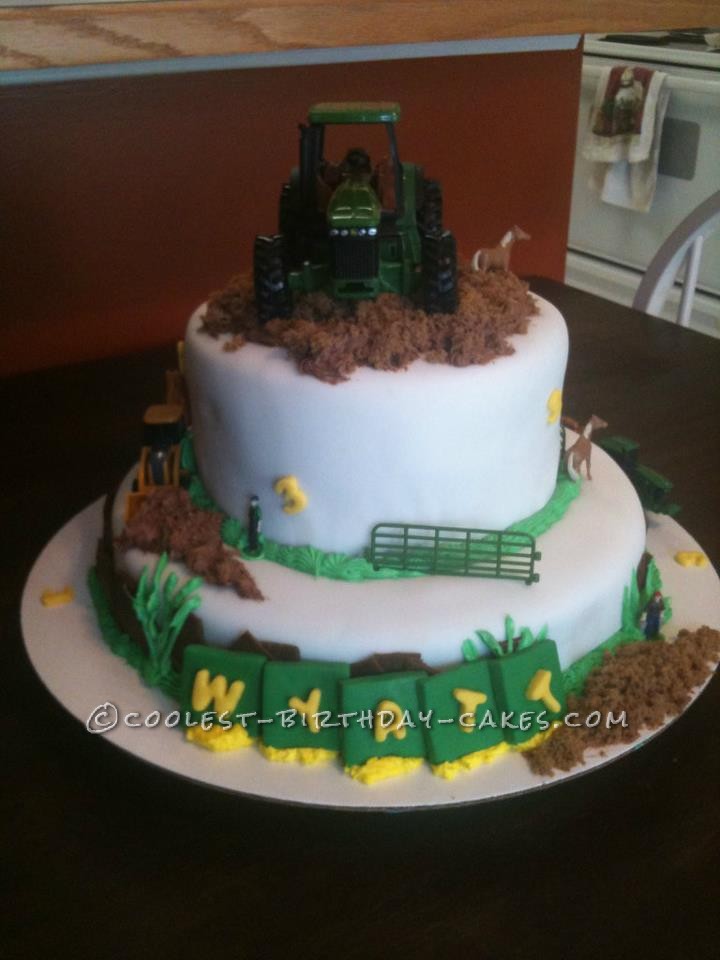