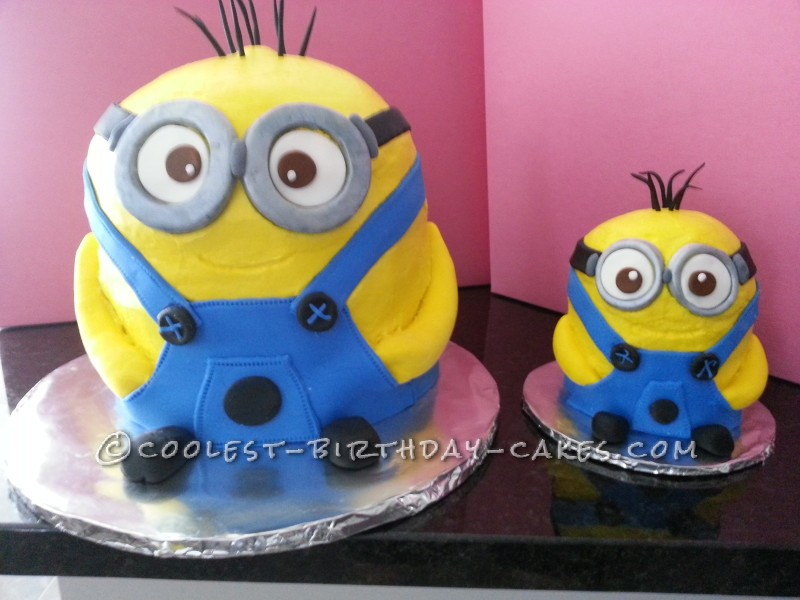 I have been creating cakes for family and friends for about seven years. I get excited every time I am asked to create a cake for someone. This cake was fun to make. I baked three eight inch cakes and I used the large ssoccer pan for the dome. I covered a twelve inch cake board with aluminum foil. I took each cake and cut them horizontally. I  made homemade butter cream frosting and colored it bright yellow. I took three halfs with buttercream frosting in between each layer and put it on my cake board.I took a eight inch cake board and put on top of the layers of cake I took the other three layers with frosting between the layers and put on top of the of cake board then I trimmed the dome to fit and put it on top. I put a dowel rod down through the middle for stability. I covered the entire cake with yellow buttercream frosting.I allowed the cake to crust over then took a Viva paper towel and smoothed it out. To make the eyes and googles and the overall and arms from fondant.