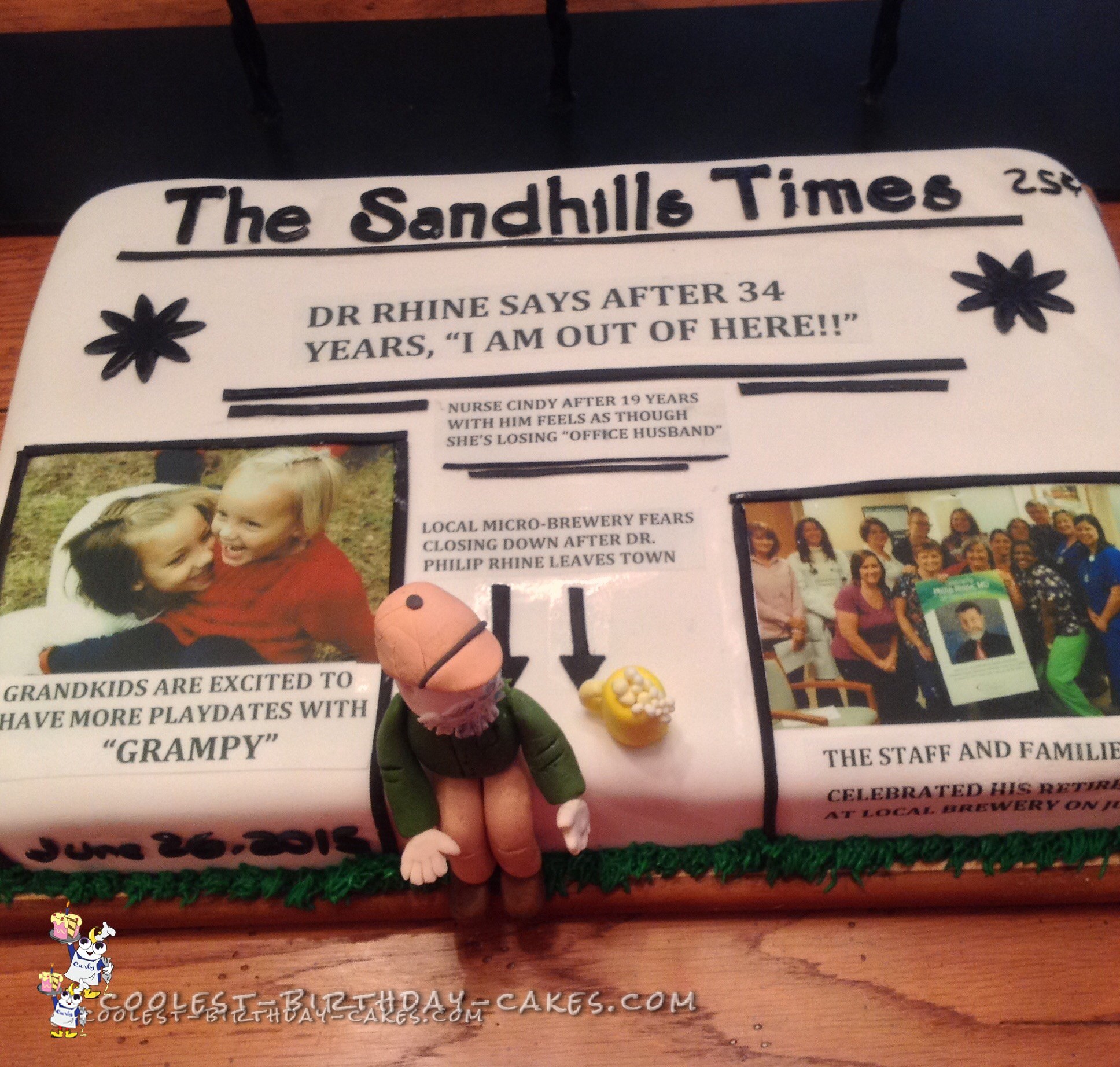 I wanted to make a retirement cake for a doctor who was retiring.  I worked with him for 20 years and planned to make a cake that would reflect what his life and be manly.  I could not do the typical hunting or fishing cake since he had no interest in either of those hobbies. He does like to taste a variety of beers at a local brewery and he loves his grandchildren, so I finally decided to go with a newspaper theme.

The doctor really seemed to appreciate the personalized cake and asked to take figurine home with him as no cake was left by the end of the party.

Good news! If you want to replicate this idea, it is actually a very easy cake to assemble. 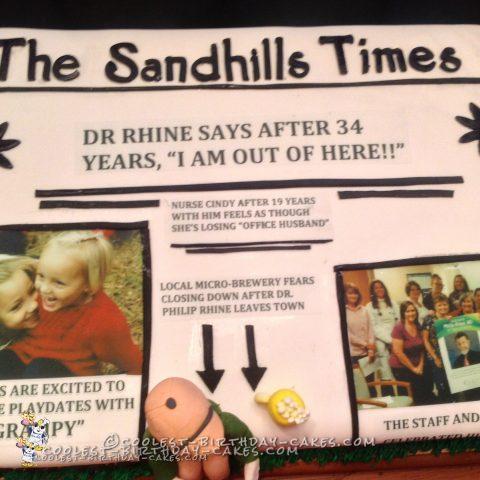 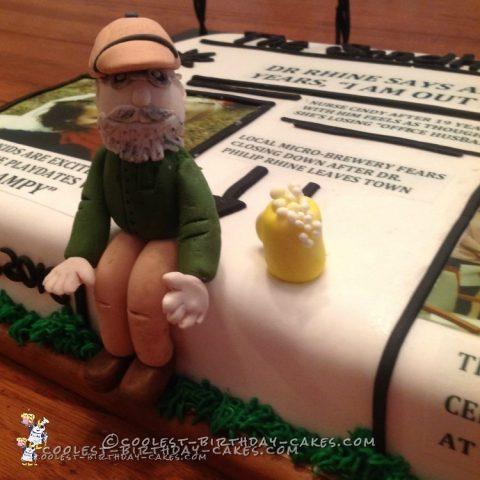 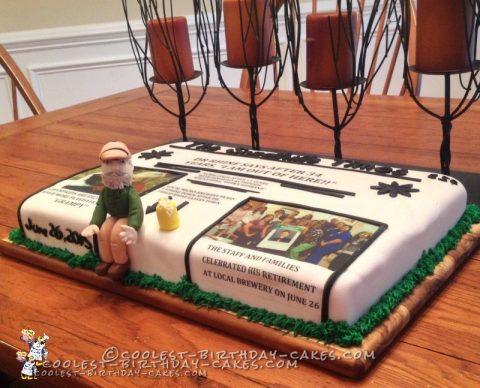