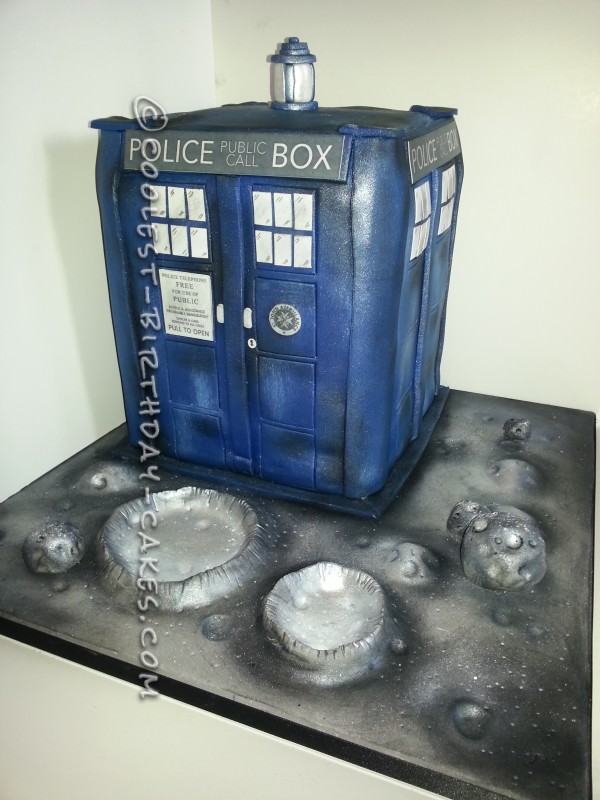 Right now, before I start, I just want to say that I have very little experience in cake making (especially a Doctor Who Tardis cake!). But in general I just have a flair for design. It’s amazing that with a little bit of effort you can achieve wonders.

I was asked by a close friend if I would be willing to make her husband a Doctor Who Tardis cake for his 40th birthday. She was struggling with money but wanted to do something special for her husband. As a good friend I agreed to her challenge. And I’ve always thought that a personal touch has more value to someone. They appreciate knowing that you put all that effort in for them.

Masking the Doctor Who Tardis Cake

Anyway the cake itself took me a just short of two days to complete from start to finish. I have to say it was a challenge for me. Several cross words were used at one point (I think this was around 2.30am in the morning). However, once I get stuck into something I find it hard to leave it alone until it’s done. Even more so, to make things worse I’m a bit of a perfectionist as my friends will tell you.

The cake is based loosely on the Tardis from the long running UK SciFi Series Doctor Who. I set the scene for a distant planet far away in the Galaxy in which the Tardis has landed. The cake inside is a lemon Madeira cake base. I chose this due to the weight of the cake and I felt that a lighter sponge would collapse due to the size. The sponge I colored in a navy blue which was frosted with with lemon butter frosting.

I have used various icing colors to cover the cake. I also used edible dusts to create a worn and aged effect on the surface of the cake to give texture and depth. Additionally, the base which the cake has been set on has also been modeled out of icing to replicate the surface of a moon or deserted planet. This again was aged and given depth using colored edible dusts and a edible black pen to highlight points.

I hope you like my creation and that it has given you inspiration to create your own masterpieces. 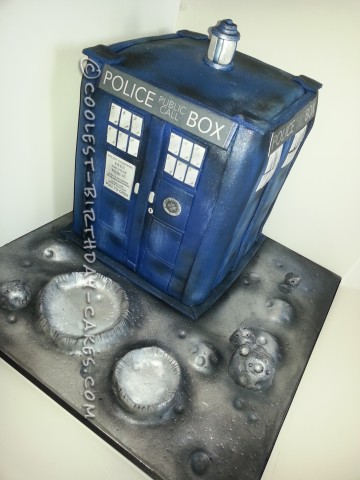 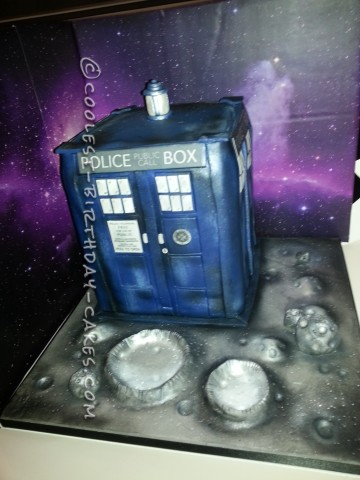 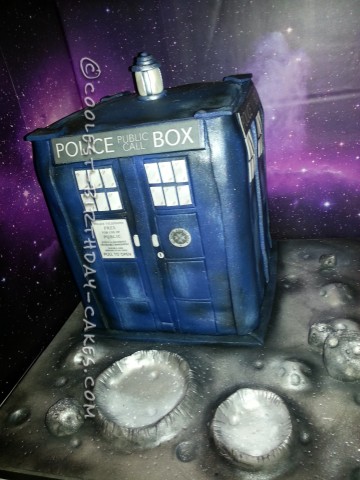