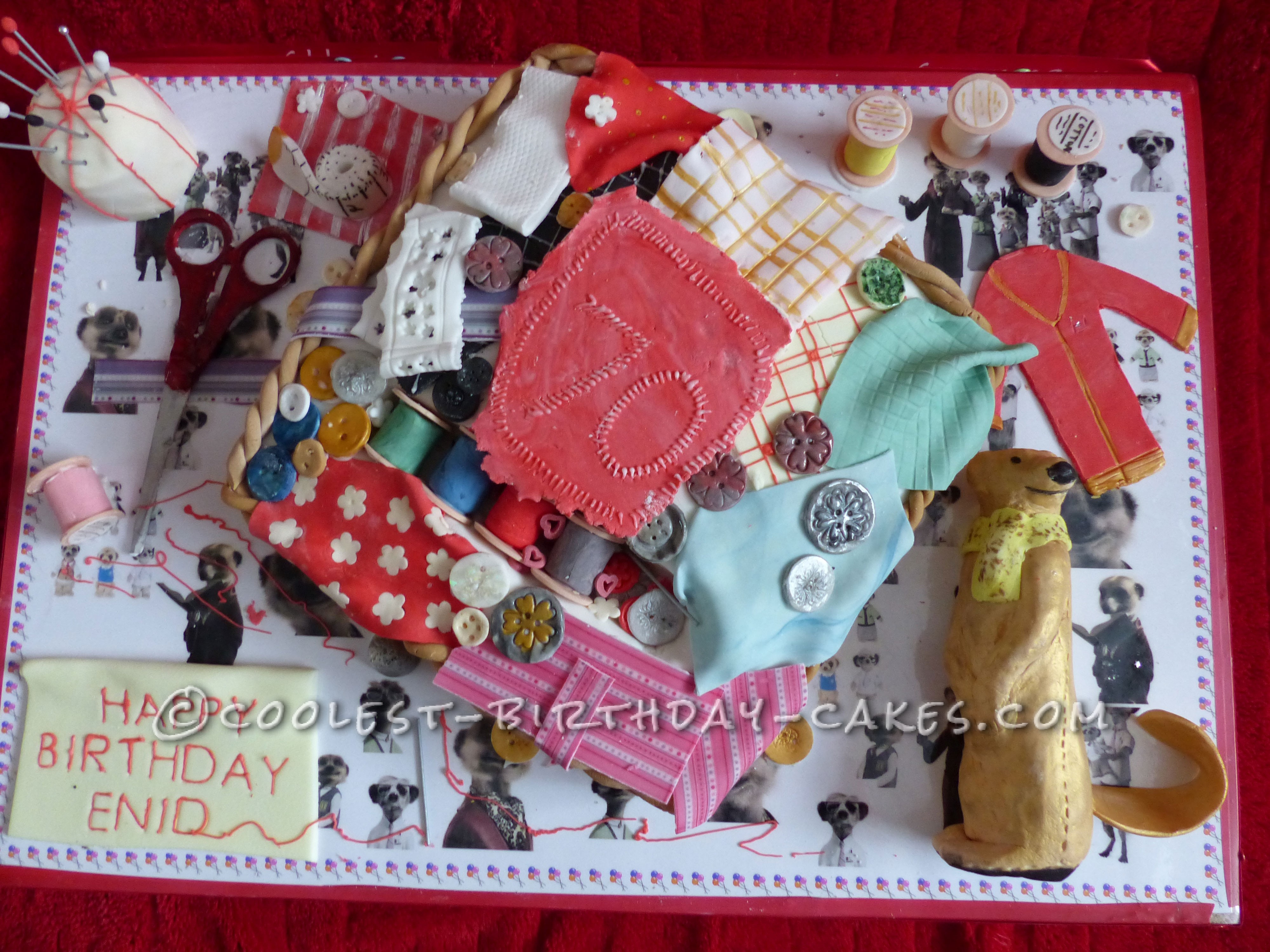 Was asked to a cake for a friends mum, who was going to 70. Had been a seamstress most of her life, and made on the Merecats that appear in the adverts in the UK.

The cake also had to travel so nothing to delicate.

The acutal cake is a 10inch maderia, which I find shapes well.

I started making all the accesories about a week before, using actual buttons to mould the fondant buttons. Cut around a pair of scisscors to make those. The scrappes of material are made from differant coloured foundant. The large mere cat was made from solid choclate, melted and poured into a silcon mould, then covered in fondant. I made up the cake board by usinglots of images from the net, then getting them printed and laminated on a piece of a2 paper. 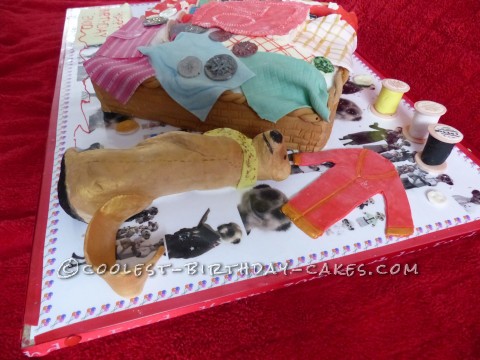 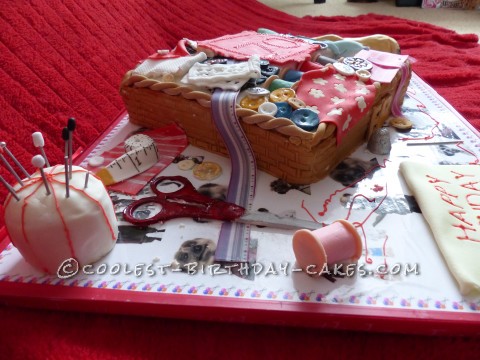