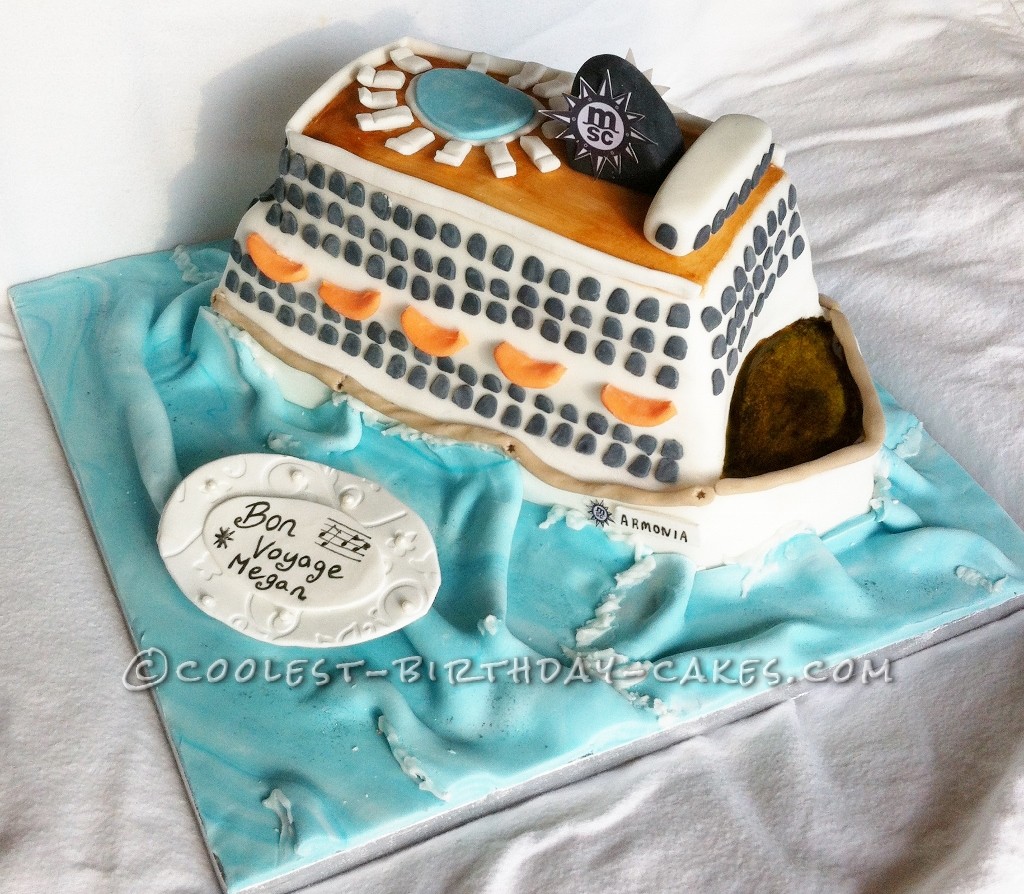 I was so excited when I was asked to make this ship birthday cake. I’d never made anything like this before, this was for a young lady who works at my hairdressers who was leaving to work on a cruise ship.

I made an A4 size cake in vanilla sponge. I had previously made some templates to build the shape of the ship. I placed these onto the cake layers and cut them out and then sandwiched them together with butter cream and finished off by covering the whole cake with butter cream. I placed this into the freezer for 20min to chill before covering with the roll out icing in white. I then colored some icing in blue and when it was all one color I added small amounts of dark blue and kneaded lightly to give a marbled effect. I then covered the cake board to resemble waves on the sea, this was the left to harden overnight.

I then started cutting out the black windows. I have a cutter for the block letter B and when the letter is cut out the pieces of the B which are the holes on the B were the perfect size I needed so I cut out loads of these and set aside on a flat surface. I coloured the top of the ship in light brown and shaped the top pieces of the cake. I did an oblong piece to attach the windows, and a chimney in black (well that’s what I’m calling it) and I made a pool with some left over blue icing. I also made some sun loungers in white.

I then made a white rail to go around the top of the ship and made a rail in brown for the side of the ship. I colored some icing in orange for the life boats. I made small banana shapes for these. I then attached all the windows to all sides of the boat and life boats to two sides.

I found the ship she was going to work on, on the internet and printed the motif of the company she is working for and found out the name of the ship too. I printed the motif off on some photo paper the size I needed and attached one either side of the chimney and made a slightly smaller one for the side of the ship where the ships name had been written with a food color pen. I made sure I pointed out the none edible pieces to the lady who I made the cake for.

All that was left to do now was make the plaque with the message on. The cake was now finished and they were really pleased with the end result. 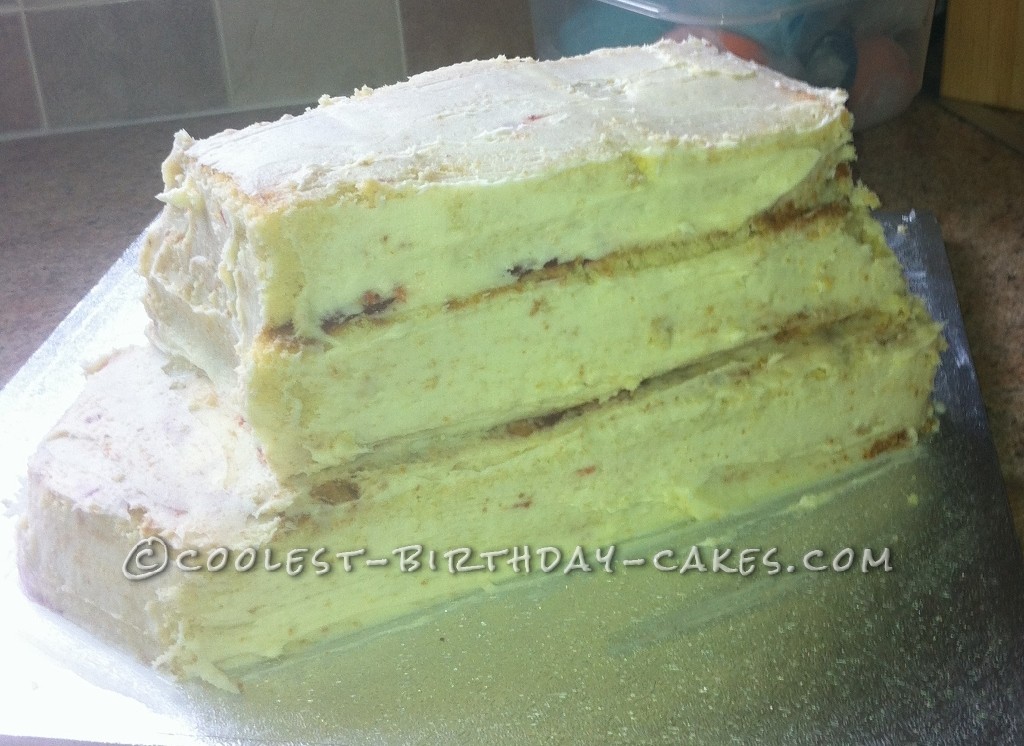 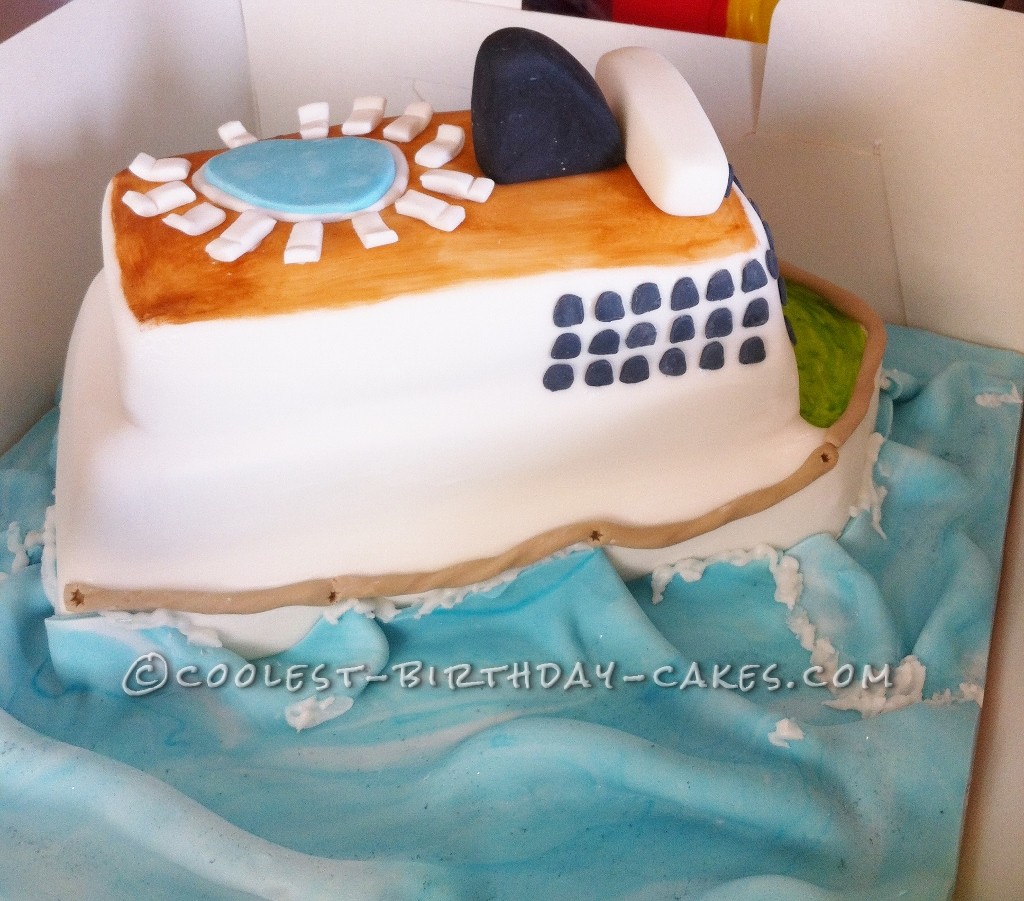 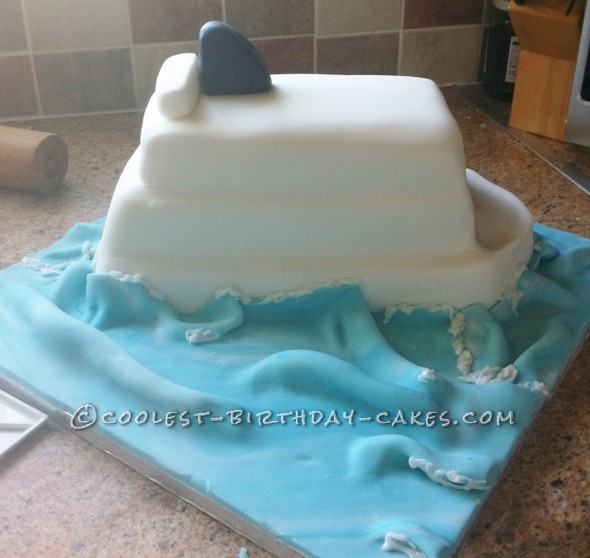