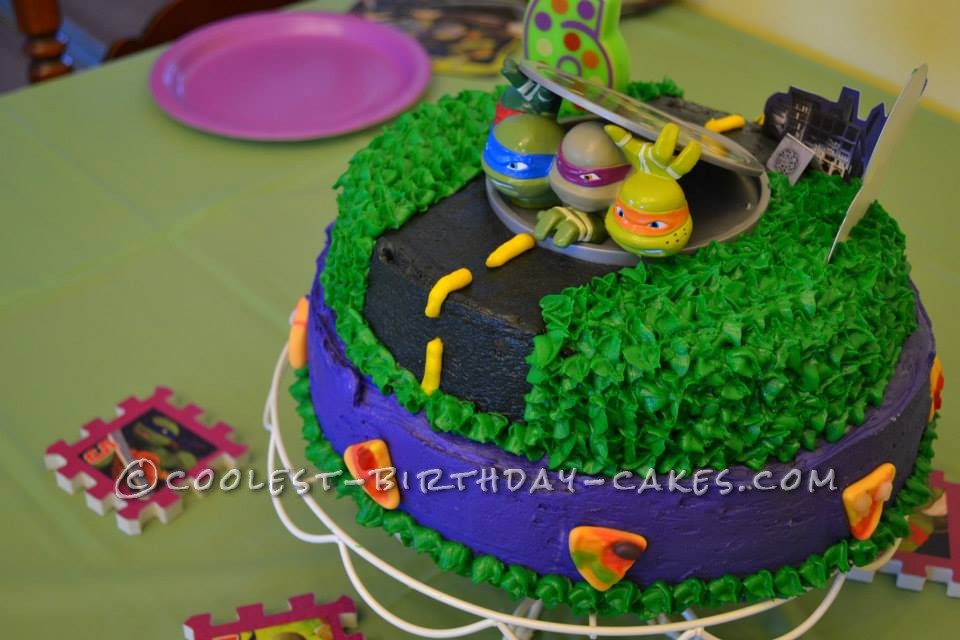 My son had decided months before his birthday that he wanted a Teenage Mutant Ninja Turtle Cake.  I began scouring the internet for pictures of something awesome and something that I could do.  What I kept coming across were things that  were even way to hard, made with too much fondant, or ones that just looked unimpressive.  So I decided to do a combination of ideas.

I found a great cake topper online that showed the turtles coming out of a sewer.  I decided that I would create a street where I could place the turtles popping out of the sewer onto.  I also knew I wanted to incoperate pizza.  So I baked 2 different cakes (both yummy butter cake).  I let those cool, made a vanilla icing, and after they cooled cut them into two layers, applied a crumb coat, and a layer of icing in the middle.

Then I started on the next batches of icing.  I first iced the bottom with purple icing that I colored with purple food gel.  Then I layed the second layer on. I created black icing,  made a road, and then placed the topper on.  I made a little more icing, placed it in a baggie, snipped the corner and created the lines down the middle of the road.  I made MORE icing, dyed it green and used an icing tip and created grass all over the second layer.  I then added some pizza gummy slices to the bottom layer, and finished the bottom layer by adding the same green grass around the bottom to finish.

By the time I was done there was just as much icing on the cake as there was on my counter tops it seemed!  However, not only did it end up looking great, but it was super moist and extremely delish! 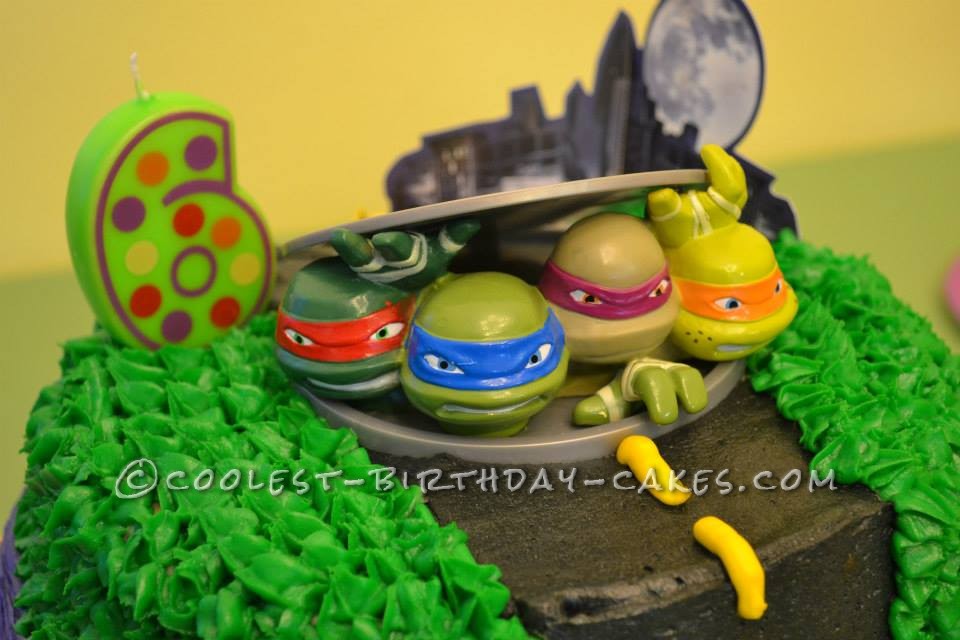 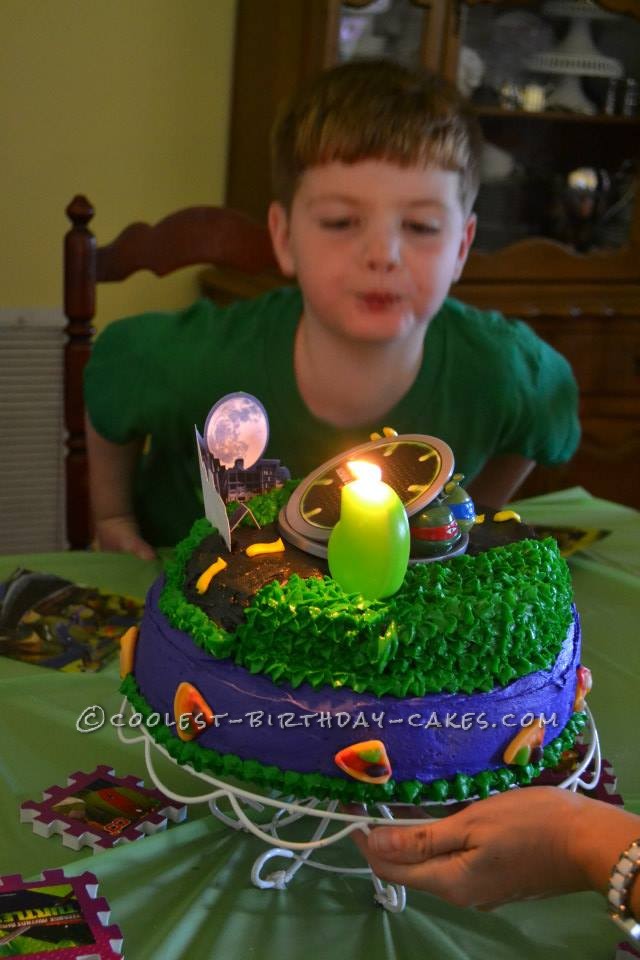