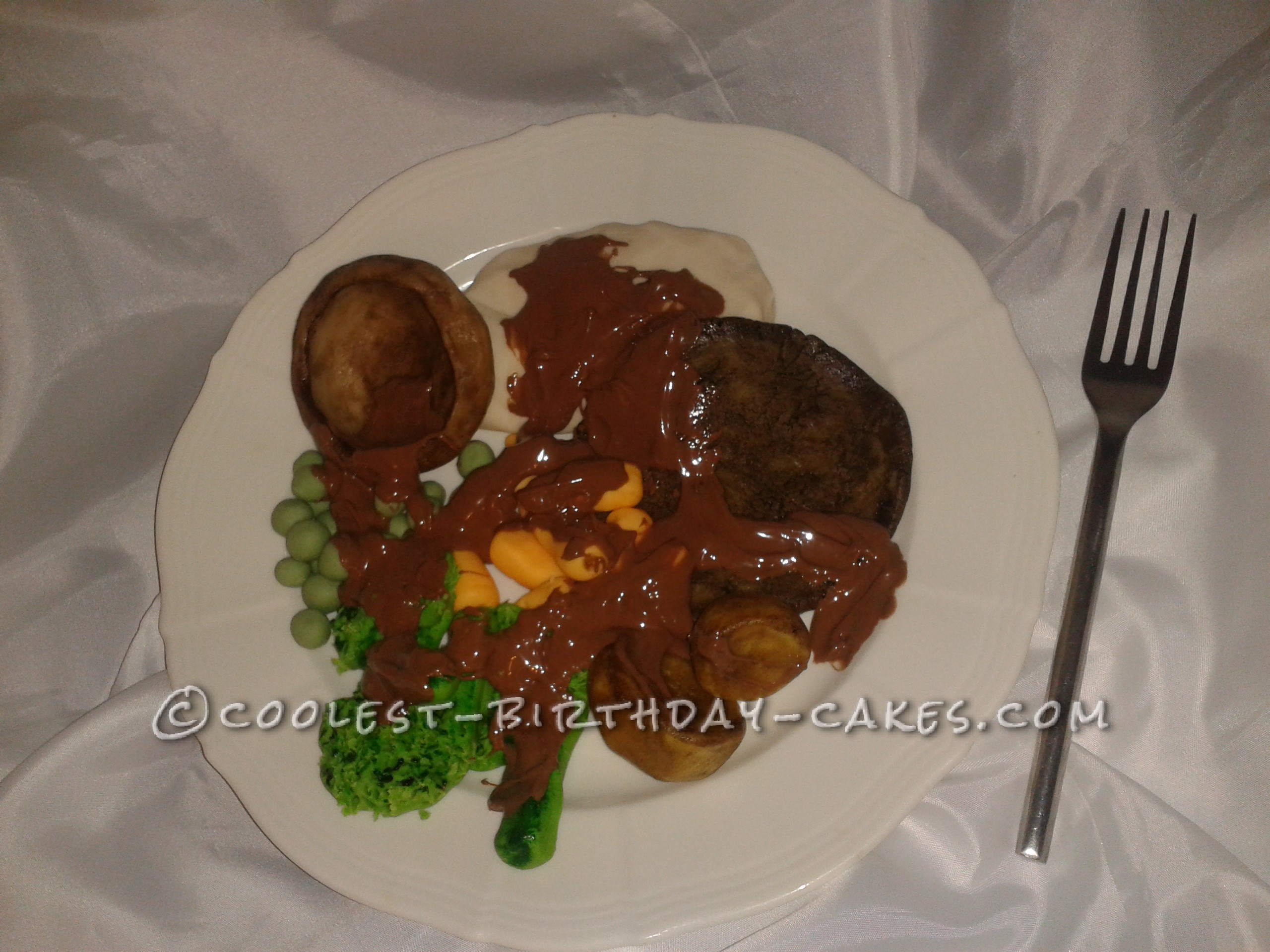 This was made for a patient in hospital that just wanted a home made Sunday dinner!

It was his birthday so his wife and myself came up with this idea!

The plate is a simple Victoria sponge with a butter cream filling covered in white royal icing to make the shape of the dinner plate!

Then all the food was made up using royal icing and differnt food colourings painting was the key to accheving the result that i ended up with.

It really did start to come to life when the yorkshire pudding was added and then the melted milk chocolate poured over as the gravy!

I acheve the shiney look to my cakes with a cheap steam iron (that i use for my cakes only) a quick blast of steam when finshed then drys to a shinny effect!

I was stunned as to how life like this was when finished but just found it hard to think that eating this would not taste how it looked (A SWEET SUNDAY ROAST MMMMMM????????)

The folk is a real folk! and the birthday boy used this to eat his speical birthday cake!

I was totally imprest and have now had many orders for food type cakes!!!!!!