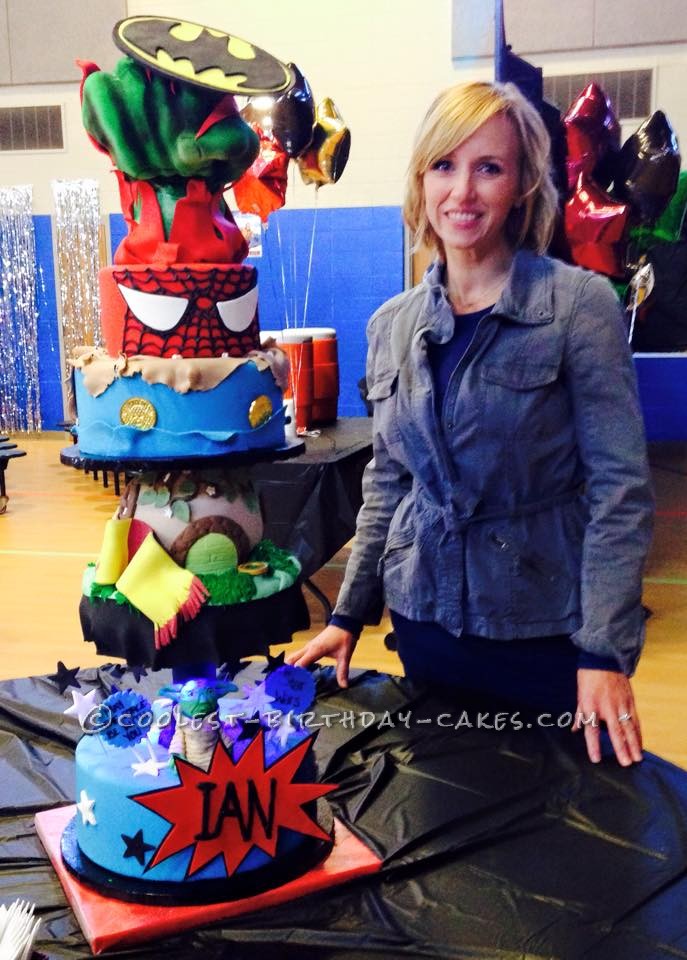 I was called to do this cake for a very special 11 year old boy. He loved Star Wars, Harry Potter, the Hobbit and much more. This wasn’t just any party though, it was his farewell party. He had end stage brain cancer and he had a huge party to celebrate his life. It was the biggest honor of my life to be able to create this cake for him. It was the largest cake I have ever done being 4 feet tall! It included a lit up bottom tier of Star Wars, a hobbit house with a little Harry Potter theme thrown into it, Pirates of the Caribbean tier and topped with a Marvel Hero theme.

I was so excited to create this cake. So many plans and ideas ran through my head and it wasn’t until the day before I started it that I solidified my ideas onto a tiny little piece of scrap paper I found in my kids’ art room. The idea and drawing was about exactly how the cake turned out, which is rare for me because usually I make some sort of mistake or find my idea is too grand and I don’t have enough time to execute. I cleared my schedule of any social or work functions so I could focus soley on this cake. Once I had the idea and the drawing, I had to figure out how to execute it!

I had built a fair number of cakes that just needed a simple structure of a pipe running through the center of it all, but I knew this would need more and I wasn’t sure how to get the hobbit house to be in the middle of the cake and have the correct support. All it took was the correct resources, so I started asking around to some of my cake comrades. It was going to take the base, the rod AND PVC pipe with screws, hot glue and cake boards. I knew it was going to be a fun challenge.

As I began the cake, I did 1 tier at a time. I had all of my boards cut, I had the wood base made, and I had the Hulk hand made (from cereal treats). I was thankful for my awesome husband who was able to cut all of the PVC to the measurements I needed! Tier by tier was stacked and placed. I ran out of pipe length and still needed an entire tier and the hand to fit on. I started to sweat a bit as I didn’t think in my head it was going to be THAT tall! I got it figured out and once it was together I realized it was not going to fit in my vehicle. We were able to have great resources again and were able to find a delivery van that had enough clearance for the cake!

Delivery was the MOST unnerving. I was in knots and my heart was ready to shoot out of my chest. Once again, my fantastic husband helped me out and sat in the back of the van, legs cramping and all. He sat with the cake the entire way. The poor guy couldn’t even stand up because his legs were so cramped by the time we got there. It was a slow drive and I’m sure we upset many drivers, but it was worth it!

The party was huge! There were storm troopers there and all! Absolutely amazing! Everyone loved the cake and it was like paparazzi for a while as people snapped photos of it. There was only one person though that really mattered when it came to the cake and that was the super hero, Ian. He gave me a smile with his signature “thumbs up” move! That was all I needed. It was all complete at that moment. This cake was donated to him from me through a non-profit organization. Ian has since gained his angel wings and flies high above us, pain free and cancer free. 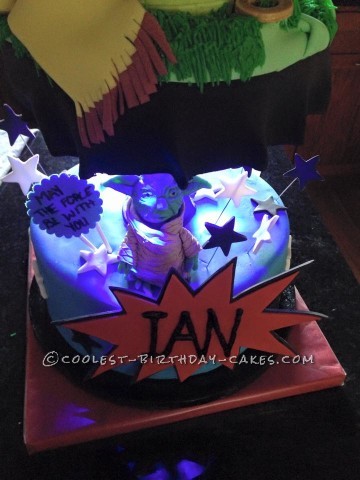 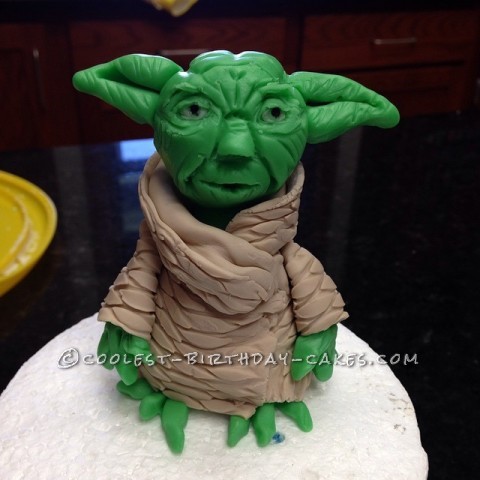 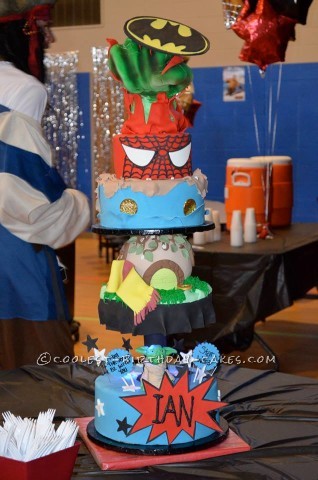 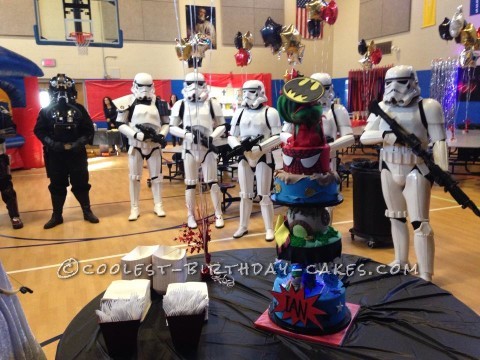