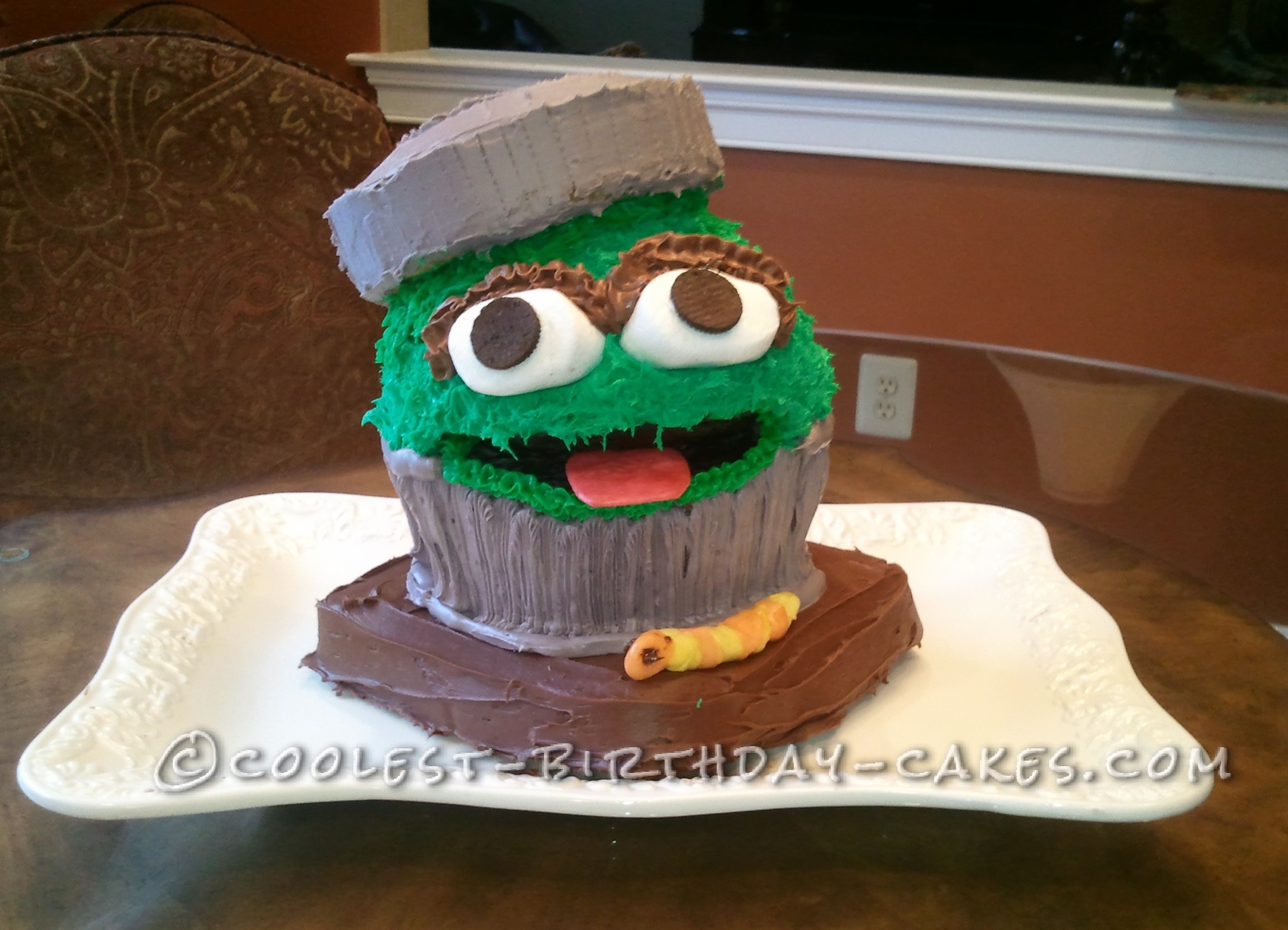 My kids love Sesame Street. In fact, it was a hideous Elmo cake I bought for my daughter’s 1st birthday that got me to start decorating their birthday cakes myself. I figured I could do better than that…or at least if I didn’t it would be more sentimental and cost way less. And so I remain untrained and use only tools/pans I already own with 2 “splurges” on a 3D doll dress pan and the 3D cupcake pan. I make it a point to try and work specifically with what I have – sometimes even smoothing butter cream with an ice scraper. No kidding.

The cupcake pan has been invaluable. I’ve used it not only for a giant cupcake but also as Red Riding Hood’s Granny’s house, the Mad Hatter’s Hat, and last year for my son’s 2ndbirthday as Cookie Monster.  My son was so excited by the Cookie Monster cake that he asked, for months after it had been long eaten, to go out to the refrigerator in the garage to see if Cookie Monster was still in there.

This year, months before his 3rd birthday, he began getting excited about who he wanted for this year’s cake. Ultimately he decided on Oscar the Grouch. So I began to search the internet for ideas on how to prepare and easy ideas for creating Oscar – I spent a few nights’ looking at cakes and created a pinterest board. I found a post from Leah’s Cake Creations who had used a giant cupcake to create Oscar in his can. Though obviously that was entirely professional, it inspired me to do a simple mock version.  I also stumbled on a tutorial on youtube for creating Oscar posted by “cakesbychoppA.” Last year for Cookie Monster I learned a technique for dying coconut to create a fuzzy monster hair. Very easy but the coconut wasn’t really a hit. CakesbychoppA showed a great and easy technique for creating fur using a spatula…also very fun and stress-relieving.

So with those 2 inspirations, I dropped my kids with my mother-in-law and spent a few hours building my cake. I had decided to use large marshmallows for eyes (and went to 3 stores to find the right size/shape marshmallow – crazy, I know), used mini Oreo’s for pupils, and created his tongue from a melted Starburst. I love using premade candies on my cakes to embellish where possible without having to using modeling chocolate or fondant as I find those techniques intimidating. I also ventured to  create the gray color of Oscar’s can in a trial and error process of adding black writing gel, decorator icing, and even some chocolate icing to regular white canned icing. For his fur, I used pre-dyed green canned icing. I especially had fun melting Starburst in the microwave (with mini chocolate chips for eyes) to create “Slimey.” My son insisted that Slimey was included.

I never aim for perfection on a cake. Sometimes those perfect cakes don’t make you want to eat them. And luckily, Oscar the Grouch is messy so no perfection was required. I posted to Facebook and got many likes from “friends,” even those who I never hear from (very sweet). After seeing the Oscar cake, I even have gotten some requests to make cakes for friends’ upcoming character parties (I would love to!). But a very special moment was at my son’s party at Sesame Place; another parent that we didn’t know came over and asked to photograph the cake. I was honored.

I’ve included pictures taken when I showed him the cake for the first time before his party (pictured). He even woke up the next morning and wanted to stare at the cake again (also pictured)! In one of the pictures he is smiling from ear to ear but the picture I love best shows him looking dreamily at the cake. That expression warms my heart and will keep me crafting cakes for him for as long as the magic of his childhood allows. 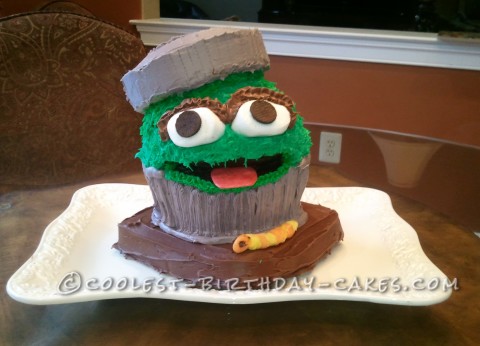 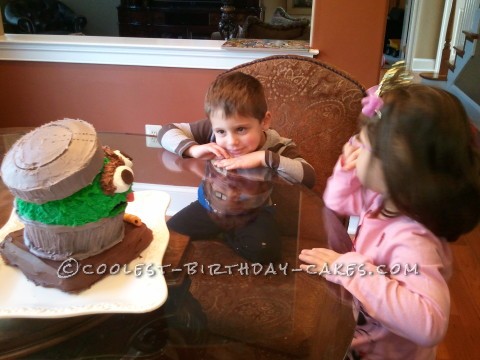 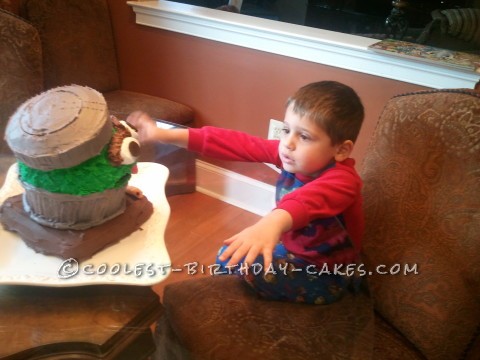